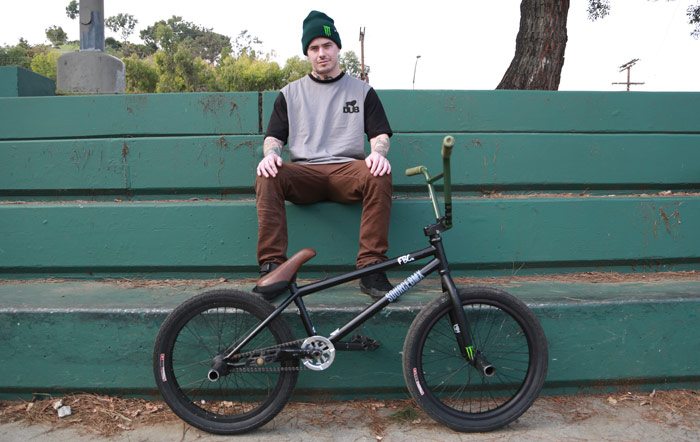 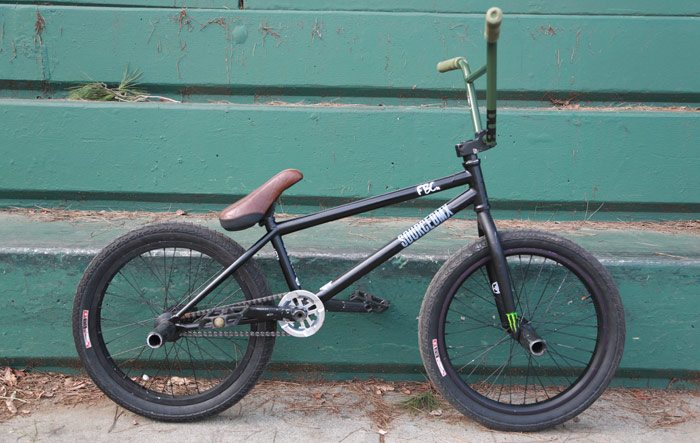 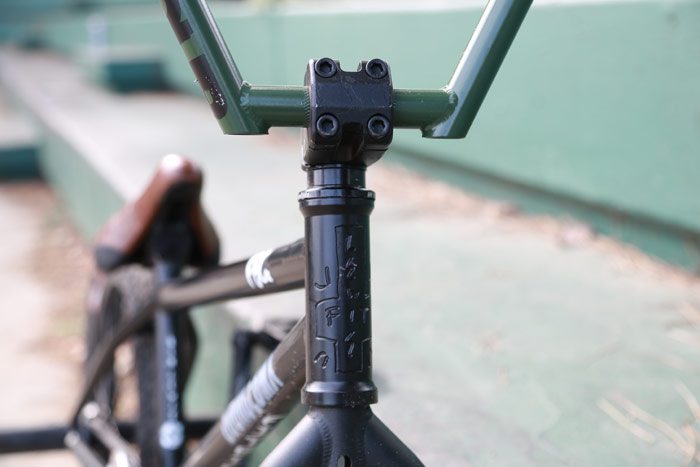 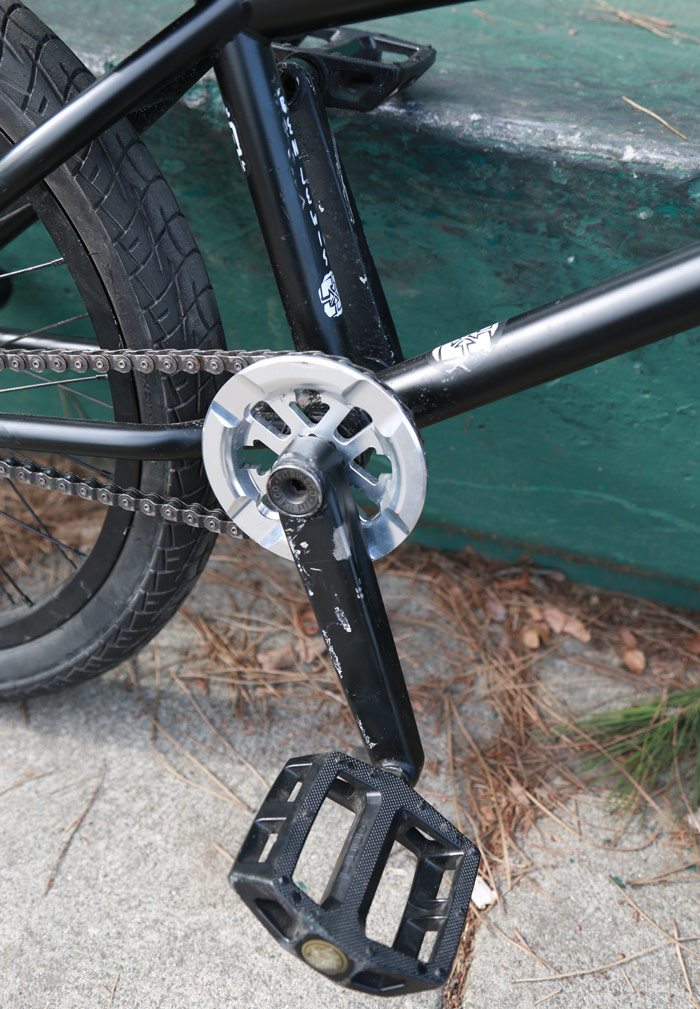 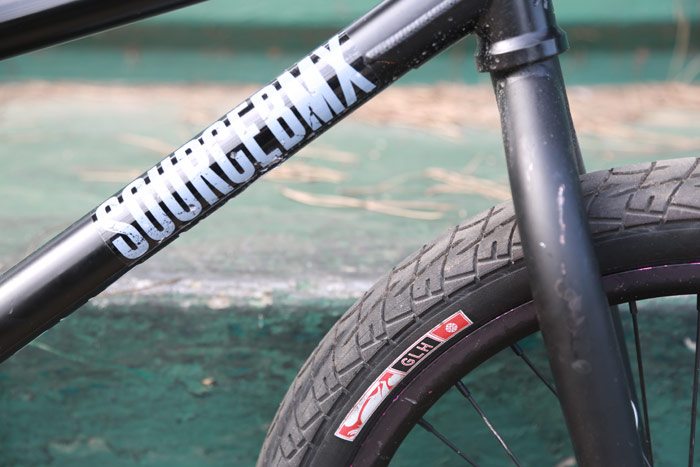 Modifications: half inch of either side of bars

What’s the newest parts on your bike?
Frame … I’m running the new black version of my signature Benny L frame from Fit.

What about the oldest part? Does it hold any sort of sentimental value at all?
My stem.. I’m currently running the original prototype of my Benny L stem and yes it does feel a lil special!

Are you pretty particular about the way your bike is setup like bar angle, tire pressure, seat height, or are you pretty flexible?
No, it has to be bang on! I may change seats every once in a while to make barspins easier but I always go back to a tiny tucked away one. Tyres are always 60-70 psi and bars have to be a touch forward. 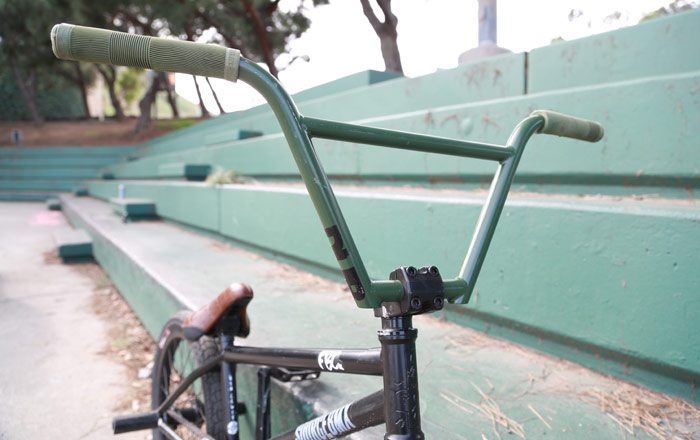 Do you try and replace parts before they break or do you run your bike until it’s dead before replacing things?
Generally run them into the ground but every once in a while I do a total overhaul.

I know you’re superstitious when it comes to rails. What about your bike? Is there anything you do to keep your bike happy?
No, I think of my bike as an extension of myself so it’s got the same goals, spots I feel I have to coerce into seeing things my way, haha.

The second version of your signature Benny frame from Fit Bike Co. is available worldwide. Care to take us through some of the details on the frame you’re real stoked on?
The two major changes would be the price and the back end. I’m made up with the new shorter back end. I can literally ride up walls now. My bike feels so much fun to ride and it goes wherever I want it to. As for the price, we moved production to Taiwan which has reduced the price in the UK to around £280.00 and made it more easily available to worldwide distributors. I feel this is important to help riders get ahold of a frame that will benefit their riding. 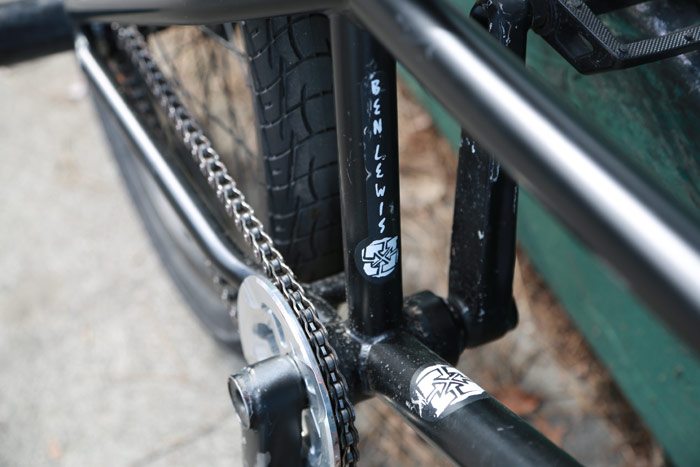 How are things going with Animal Bikes? I’d imagine now that they’re getting their wheels turning again they have some projects in the works with you?
Yeah, I unfortunately missed the Animal House due to a shitty bout of the flu appearing at the wrong time but I’m heading back over in the spring to get something cracking. 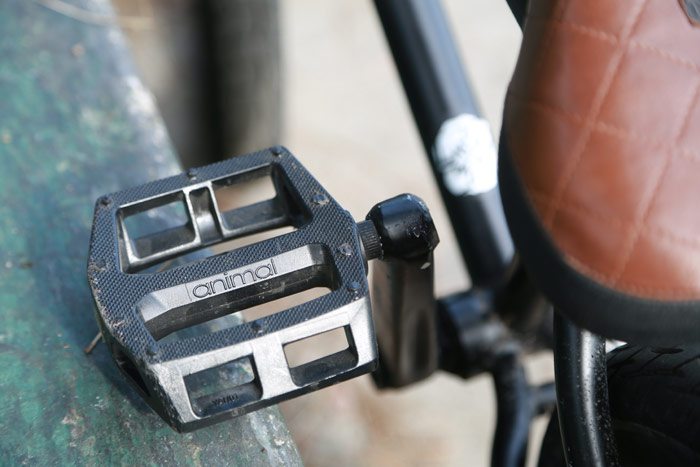 I saw you’re currently over in the U.S on a filming trip for Etnies “Chapters”. How’s your section coming for the video? Who’s part are you looking forward to the most?
Every part in the video is going to be fire. I’ve only been on trips with Nathan Williams, Aaron Ross and Chase Dehart so I’m excited to see what everyone else has been getting up to. I’m really proud of what I’ve accomplished so far but I’ve got a lot more planned as we round off our sections. We have travelled far and wide so I know there are gona be a lot of interesting spots!

Other than the video do you have anything going on with Etnies? New signature shoes or anything?
I have no idea yet due to this year just kicking off. My main focus is to make my “Chapters” part as good as possible! 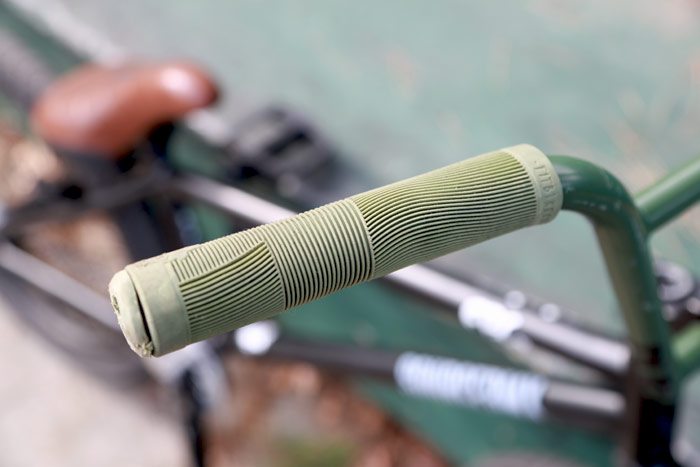 Last year was a big one for Monster with the “Above Below” video and all of The Street Series stops on BMX day. What do you have cooking with them for this year? Anything in particular you’re really looking forward to?
Yeah, we are going to be doing BMXDAY again on the 23rd July and should have a release about what/where we are going to be jam wise in the next month or so. I’ve got a few places where I would really like to do it, but as always we are gona try and get as many people as possibly to take the initiative and throw their own shit, too. Anyone can be a part of it whether your in a small town or a huge city!
As well as this I’m going to be out and about in #thefullcab as much as possible. We will be releasing a video soon for this year that will explain everything!!

How about DUB? I saw DIG released the second Graft Mixtape and was bummed you didn’t have any footage like the first one.
Unfortunately, not this time around. I travelled a lot when they where filming and had some real bad luck towards the end of the year when I got hit by a car which fucked my wrist up. The GRAFT MIXTAPES are going to be an ongoing project though, so Ill start filming for the next one with Jack when I get home from LA

Anything with Source or 4Down going on you can tell us about?
Yeah, The Source is going crazy at the minute with its expansion to a new location under the Hastings promenade. It’s going to have 3 huge skatepark rooms as well as a huge shop among other things. I’ve seen the design for the street plaza and bowl room and shit is fucking crazy! I can’t wait to get down for the opening in Febuary. 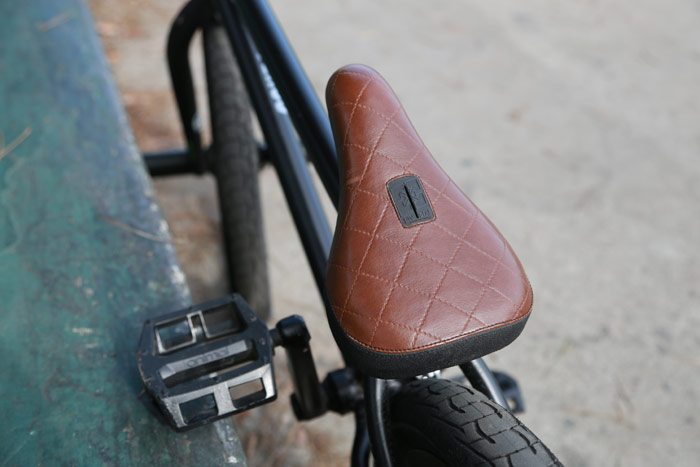 Other than filming for the Etnies and DUB videos, do you have any fresh footage coming out online any time soon?
I’m going to be working on a web release with FIT too, but that’s going to be a slower project that we can take some time with to create the best possible result.

What are your travel plans once this Etnies trip wraps up? Anywhere in particular you’re hoping to get to this year?
Haha, yeah, I submitted my requests for locations. We will just have to see which ones are feasible budget wise. I really want to visit a wide variety of different architecture for my part with footage from England/Europe the Baltic countries and then Asia as well as obviously the east and west coast of America.

What have you be getting into when you aren’t riding these days? Any new hobbies or anything keeping you busy?
To be honest, I don’t have that much free time when I’m at home. I tend to ride 9am to 4/5 pm most days then by the time I get home get fresh and hang out with the Mrs the day is over. I try and squeeze in reading and yoga/gym shit every day too but aside from tattoos and tv I get enough of a creative outlet from my bike and chilling with me mates.

Do you have any shout outs or thanks?
I want to thank each and everyone one of my sponsors, friends and extended family for always looking out for me and trying to push me in the right direction. I wouldn’t be where I am right now without them. 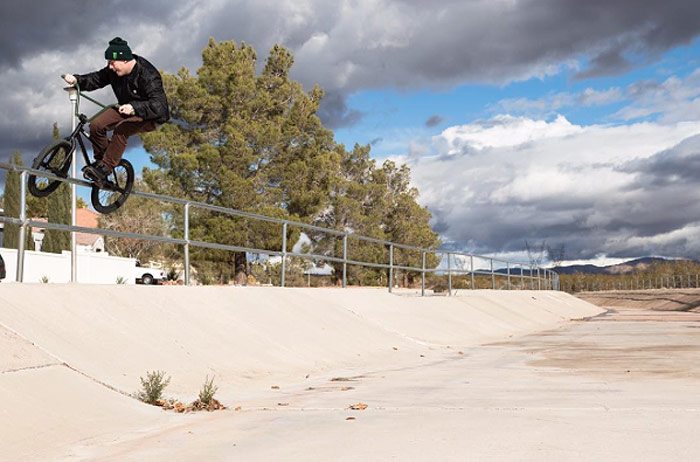 Anything else you want to say?
Have Fun!