As many of you may have heard or seen on Instagram by now, GT and Dave Voelker have teamed up to do a special edition 29″ Dayglo Orange ’87 Dyno Pro Compe cruiser complete that you can most definitely take out and actually ride. Above is a little promo video featuring Dave putting the bike to work. Below you can find full details on the bike, along with a few photos of the bike and Dave riding! This bike looks like a ton of fun to ride!

“After a 17-year hiatus, BMX Hall of Famer, Dave Voelker is back with the team! To Celebrate, we’ve released a special edition 29″ Dayglo Orange ’87 Dyno Pro Compe inspired by the year Voelker turned pro for GT/Dyno. ” – GT 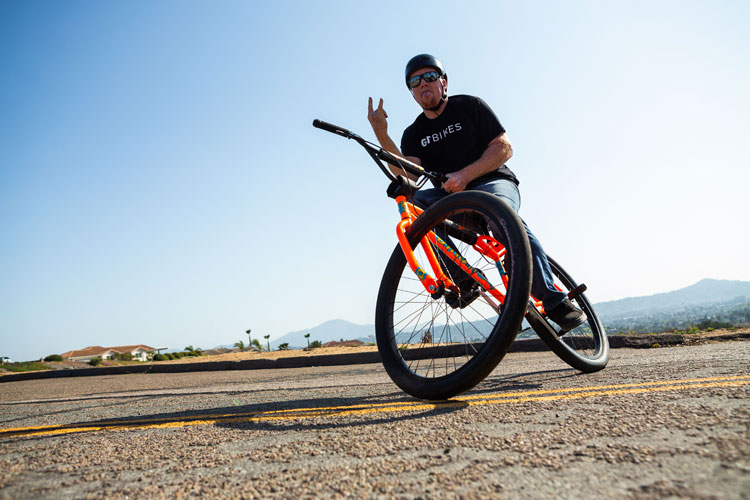 “GT Bicycles today announced a new collaboration. After a 17-year hiatus, BMX Hall of Famer Dave Voelker has teamed up with GT Bicycles once again. To celebrate the reunion, GT is releasing a special edition Dayglo Orange ’87 Dyno Pro Compe, inspired by the year Voelker turned pro for GT/Dyno.

The new Dyno Pro Compe has been beefed up from the original with a 100% chromoly frame and fork, and the wheels have been super-sized to 29” with GT’s all-new Smoothie tires in a stout 29 x 2.5. 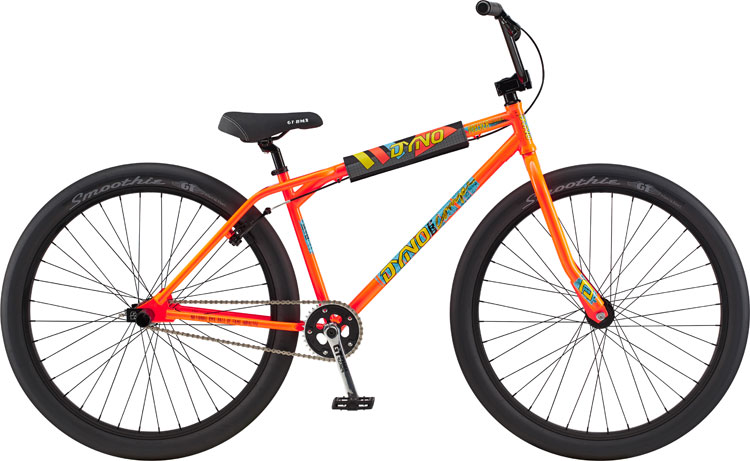 “No more ‘butter forks’,” says Dave. “That’s what I used to call them. They were like butter; they’d flex all over the place, and we would have to straighten them out. When it came to the wheels, it was important to add bigger tires because it’s like adding suspension. And, as you get older, you want to have a little bit of cush as you’re landing.”

The new ’87 Dyno Pro Compe also comes equipped with an updated version of the iconic ‘Pretzel’ Bar. The new Pretzel Bar is 100% chromoly and wider than the original giving the bike incredible control while maintaining the head-turning aesthetic the original is famous for. 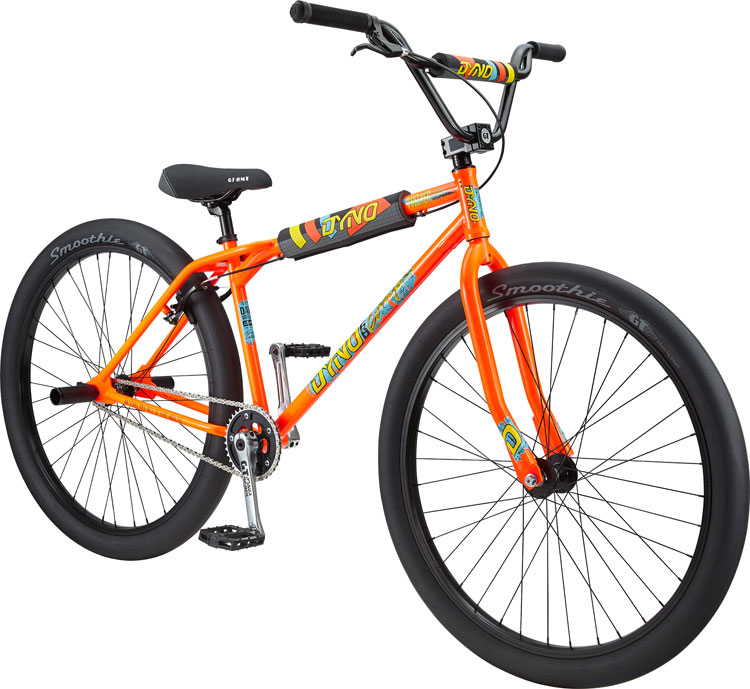 Dave Voelker knows a thing or two about BMX. He made his debut on the scene in the early 1980s as part of Brian Scura’s BMX Air Show. His fast and loose style along with massive airs quickly caught the attention of the entire BMX world. From 1987 to 2009, Dave Voelker was the leader of the GT/Dyno family. He toured the world with the GT Team, performing for thousands of fans and wowing crowds with tricks like his signature “Voelker Flyout,” shooting straight up the quarter pipe and flailing around like was going to crash, only to land safely on his feet on top of the deck. He continued to lead through the end of his career placing within the top five at several X-Games events. 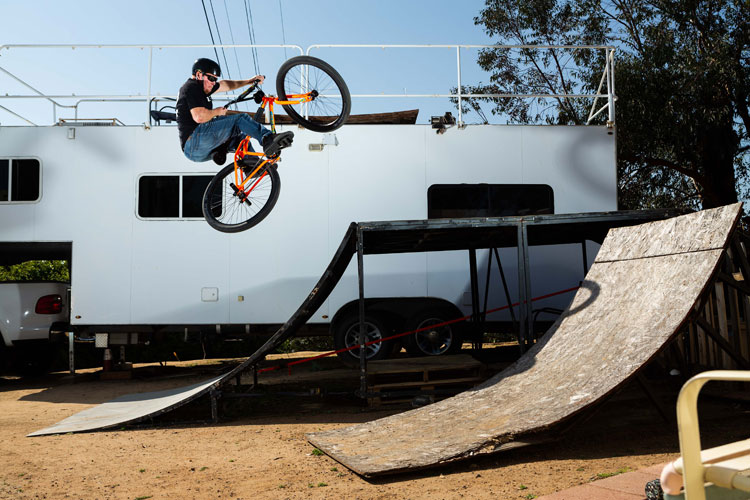 Dave has inspired an entire generation of riders with his adrenaline-charged style, pushing the boundaries of what’s possible on a BMX bike. Without him, BMX wouldn’t be as progressive as it is today. GT Bikes is stoked to welcome Lord Voelker back and ready to keep the good times rolling with the all new ’87 Dyno Pro Compe. 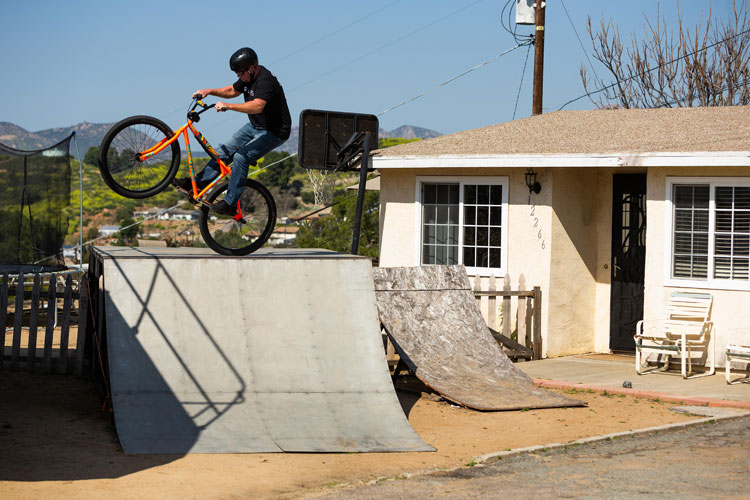 You are here: Home / BMX Videos, Products, News and More / BMX Legend Dave Voelker is Back with GT