It looks like GT Bicycles have a new team addition! 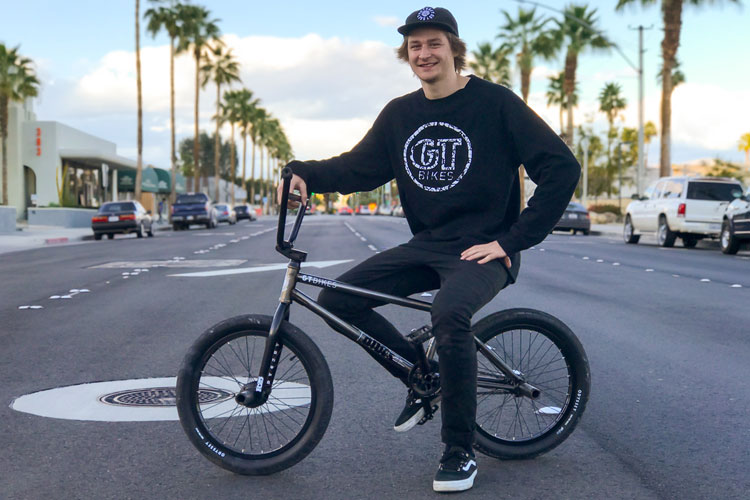 It looks like GT Bicycles have added Chase Krolicki to their squad, keeping the influx of Michigan riders getting some well deserved love going. We have been watching Chase pop up more and more since the “The Michigan Video” dropped and it’s safe to say we’ll be seeing plenty more of him with this new support. Get the official press release below.

Chase Krolicki is the newest member of the BMX Freestyle squad. Having grown up in the Michigan BMX scene, Krolicki has been surrounded by long-time veterans of the industry as well as up-and-coming pros who have helped him develop a unique style.

“I’m stoked to have Chase on the team,” said Ben Ward, GT BMX Team and Product Manager. “I first met Chase in 2014 on a road trip to Detroit, Michigan. I was immediately impressed with his attitude and his riding. Then, I saw his part in The Michigan Video, and he blew me away. He has the new school technical moves, but he’s not afraid to send it when he has a chance.

“I’ve stayed in touch with Chase since then, and jumped at the opportunity to work with him at a brand level. The crew and I are more than excited to get Chase into the mix. 2017 is going to be seriously fun.””

You are here: Home / BMX Videos, Products, News and More / Chase Krolicki On GT Bicycles
Note: This site contains affiliate links and we could recieve a small comission that supports this site if you were to make a purchase on their websites using our links.