The Diggest have released another absolute MUST SEE! Check out this new Perspective featuring Joe Rich! This has some great perspectives on things from Joe along with riding from him and a few others that you can’t miss!

“After Edwin Delarosa & Mike Aitken, The Diggest is proud to present his third documentary about : JOE RICH.
Discover more about this iconic Austin rider through this Video Portrait.
“Never let the feeling fade and never let the rest get in the way.”
The idea is simple enough, but there are precious few that have made a lifetime of decisions based on the pure feeling after a first day of bmx.
Joe Rich stands as a beacon to all who romanticize uncompromising ideals, passion to seek what matters regardless of cost, definitive independence.
“The Ultimate Male” is a nickname joe shakes his head at, which speaks to his sincerity.
He’s not trying to be an example, it was just never an option to become anything other than the man he is.
Earnest living like that will never fade; It is the way.
See more pictures, words and behind the scene here :
thediggest.com/perspective003/joerich/index.html
A film by Thibaut Grevet.
Filmed & Edited by Alex Valentino / Thibaut Grevet.
Photographer : Vincent Perraud.
About Perspective Project :
In a world with more and more web videos, The Diggest wants to make a break ,to create something
a little bit different, and to focus more on the creative process and the people around bicycle.
“Another Perspective” is a timeless video serie, which tries to present with style who had and who will change the 2 wheels world.
thediggest.com
@thediggest” 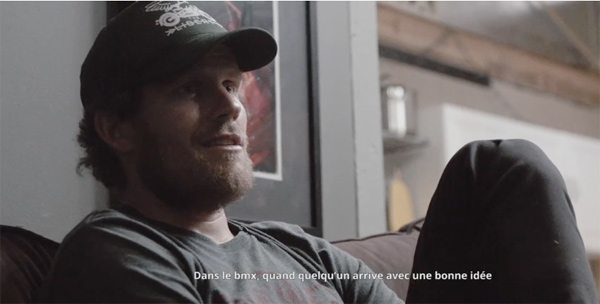