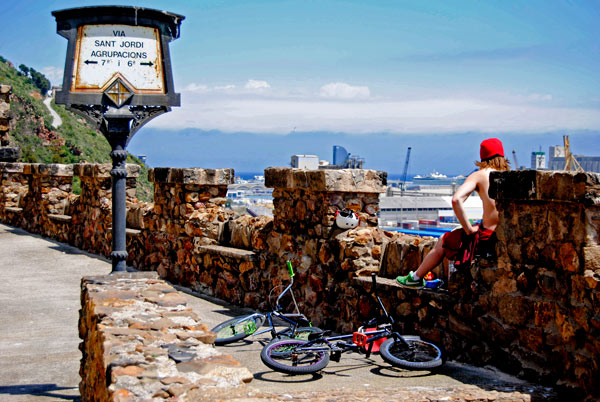 Words and photos by Justin Schwanke

Two Canadians in a foreign country who are unable to speak the native tongue are sure to get a bit lost, right? Indeed, but perhaps “a bit” is an understatement. Thomas and I are in Barcelona, pedaling around the city and looking for spots to ride. On this particular day we chose to venture away from the hub of BCN and explore the outskirts. We ended up in the southwest industrial area, and were falling short on spots (which is a rarity for Barcelona). As a result, we decided to venture back to familiar territory. However, by this point we were so turned around and lost that the task proved challenging. Unable to retrace our original route, we opted for a freeway that instinctually felt as though it might be heading in the right direction.

Riding along the shoulder of the road we made it about a kilometer before our plan came to an end. I had heard sirens from behind us, but thought it was simply a cop car catching someone for speeding. To my surprise though, the cop was slowly trailing Thomas and I. We stopped for him, and a conversation mostly based on hand signals and facial expressions followed suit. The officer didn’t want us riding on the shoulder and so he opted to give us an escort off the freeway with flashing lights and all. We followed behind him as he eventually took the nearest exit.

We spoke with the officer one last time to get directions back to the city centre. He quickly pointed towards a massive hill (basically a small mountain). Our interpretation of the gesture and the few words in Spanish that we recognized lead us to believe we had to go over the hill and descend down the other side. We saw a small road going around the hill and tried to ask him if that would get us to where we wanted to be. He shook his head. 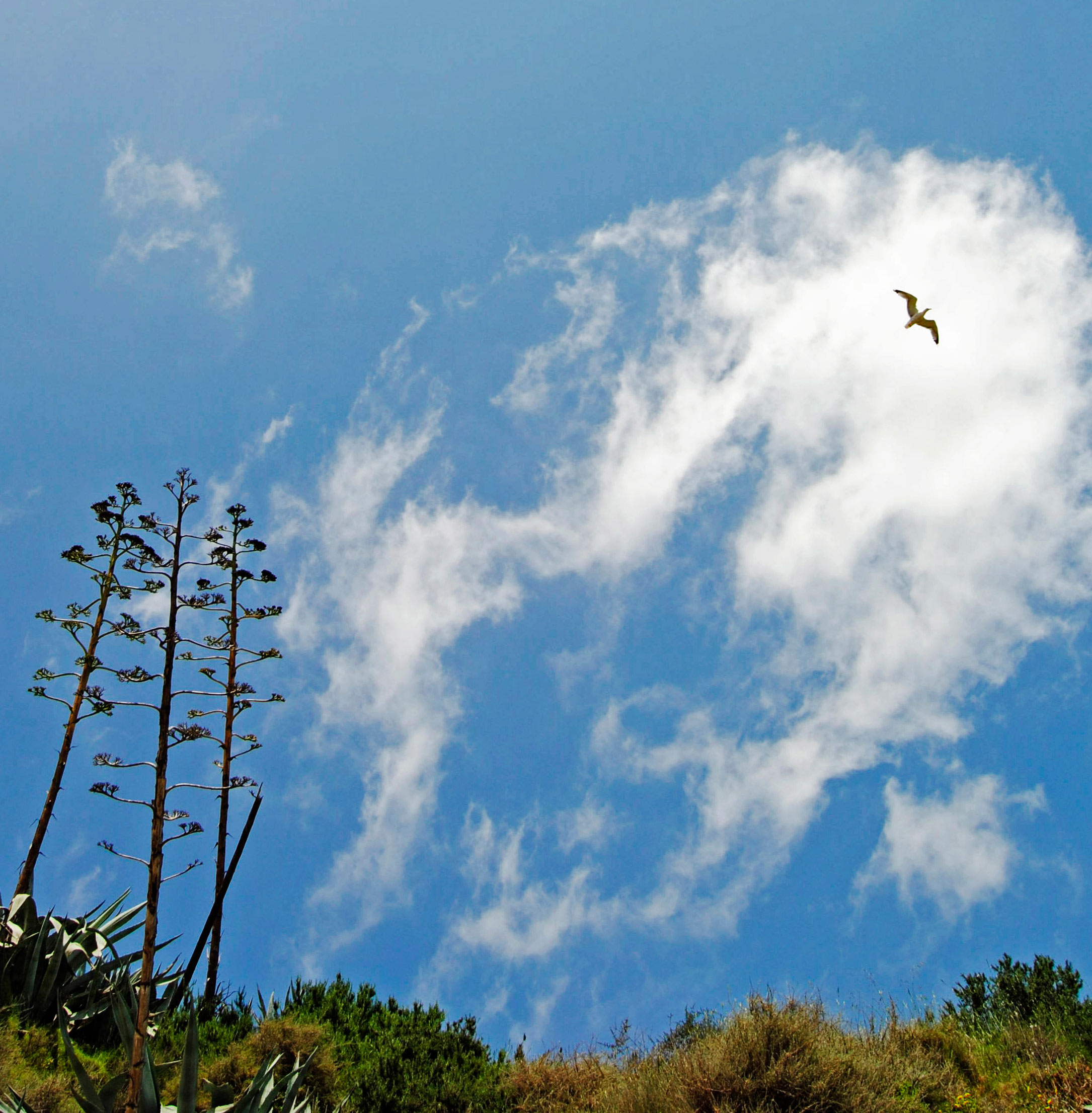 Thomas and I then began ascending the hill along a winding path. We eventually realized that the entire hillside was one massive cemetery. What was at first a hike to find our way back to our hostel was soon an interesting experience in and of itself. We wandered around the cemetery amongst crypts, tombstones, and elaborate architecture. It became a trivial game to find the oldest date on a tombstone, or the most family members at one gravesite. 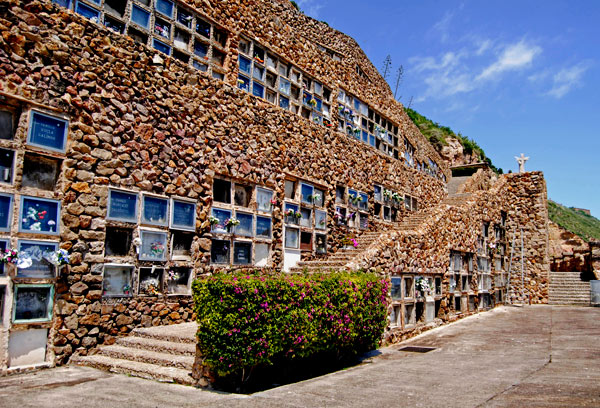 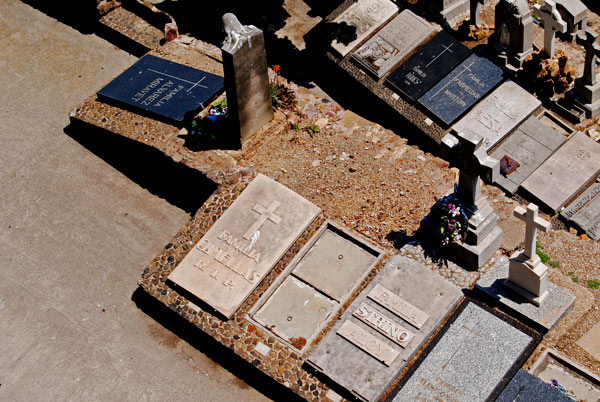 As we climbed higher up the hillside, the view became increasingly more impressive. The waters of the Mediterranean glimmered with a mix of blue and green, and giant ships crept into the city’s port. I had a great time capturing the scene through the viewfinder of my camera and Thomas was enjoying roaming around, probably in places he shouldn’t have been. Finally, about an hour into our distracted climb we made it to the top of the crypt-covered hillside only to realize there was no path down the other face. We spoke with a groundskeeper to confirm our findings. He told us we had to go back the way we came, and then around the hill if we wanted to get to the city centre.

Exhausted, but not discouraged, we rested for a while and took in the view. To our left was the whole of Barcelona and to our right was the Mediterranean Sea. It was a spectacular perspective. After I shot my fair share of photos and our energy was slightly rejuvenated, we decided to head back down. Bombing the straightaways and carving around the switchbacks was tons of fun. It didn’t take long for us to arrive where we had started. Thomas and I then took the road around the hillside and successfully made it to our hostel. 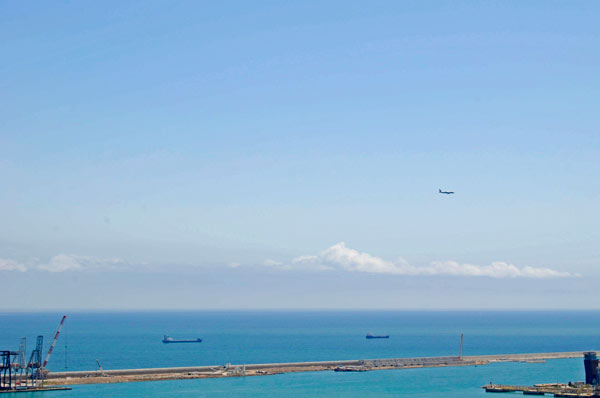 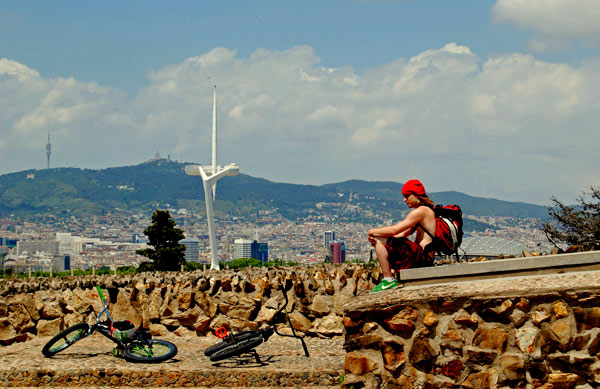 I later learned that our adventure took place at Montjuïc Cemetery which dates back to 1883 and contains over a million burial sites. One of the best aspects of travelling with a bike is the potential to inadvertently discover the most interesting of places. Had we not been exploring the city for spots to ride, we likely never would have visited the cemetery. I’ve always argued that there’s no better way to get a feel for a city than when you’re on a bike. After all, you never know what you’ll find around the corner (or up a small mountain) with a few extra pedal strokes.
Want to keep up to date with our travels and all things weird? “Like” our Facebook page, Weird & Revered (www.facebook.com/weirdandrevered) or follow us on Instagram @weirdandrevered. – Justin Schwanke