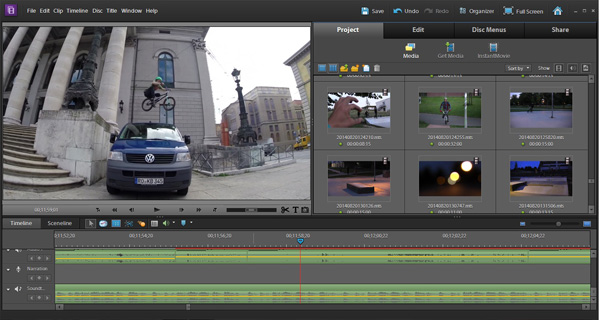 For the second installment of our Editorial series, we have a unique piece from Justin Schwanke where he relives a single trick that went down on a spot in Munich, Germany during a trip he took this past summer! This one is an interesting read for any of you who love vivid memories from a certain trick, spot or moment. Take a look!

“In the last few years of my life I’ve contracted the travel bug. It’s a strong virus with symptoms of vagabond desire, a craving for adventure, and a longing to be well-cultured. For me, the bicycle seems to be the paramount device to assist in spreading this virus, and connecting with other infected individuals. As a proud victim of this infection, I hope to share my stories and experiences in this series, bicycles involved or otherwise. In doing so, perhaps I may be able to achieve the status of a parasite and inspire others to contract the travel bug themselves….

Let’s visualize a scene here…. There’s overcast, but no clear indication of possible rain; a moderate temperature, hovering around 20 degrees Celsius; numerous tour buses, mostly carrying Asian tourists; pigeons, an abundance of them with little concern for personal space; people wandering around and going about their day, oblivious to what will unfold; classic German architecture, street spots galore; and Canadian tourists riding bikes, somehow drawing little attention to themselves. Thomas, our friend Marc (local to Germany), and myself are present. Of most importance to this story however, is the big navy blue Volkswagen van parked beside an 8 foot concrete drop in front of an opera house.

I saw Thomas sitting on his bike near the van staring at it. Instantly, and like any other BMX rider, I knew what he was thinking about trying. He kept riding around and would then come back to look at the set-up. Marc, not a BMX rider himself, asked me what he was doing. I simply said to Marc, “He’s going to jump the van.” Nothing more, nothing less. Marc didn’t believe me at first. Thomas then came over to us and we explained to Marc how this would be orchestrated. Thomas was going to do the deed, I was going to sit by the van with the fisheye, and Marc was to spot traffic and film a second angle. I explained to Marc that timing was everything. There was a possibility that the run-out might involve Thomas rolling into the street.  Marc needed to watch for a break in traffic and signal for Thomas to go when it was safe. I told Marc our typical cues: Thumbs up high in the air means go. Waving arms, and yelling means to stop immediately.

It took a long time before a window opened up for Thomas to safely execute the gap. If I recall correctly we were playing stop-and-go for about 20 minutes. We also had to wait on the various tour groups that had decided to gather around the van, unaware of what was to occur. Thomas and I have this theory that whenever one is trying to ride a spot, there is a natural attraction of bystanders to gravitate towards the same spot. If you want to session a stairset, kids are bound to play there. Keen to mess around on some ledges? You can bet someone is going to take a seat on them. Patience is always key for these situations, as is an awareness that you’re no more entitled to use that space than anyone else is. 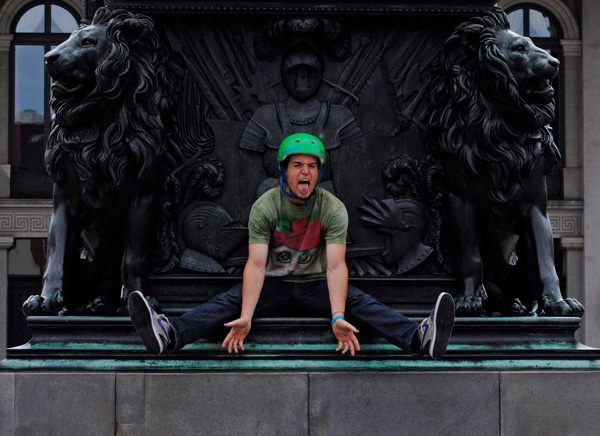 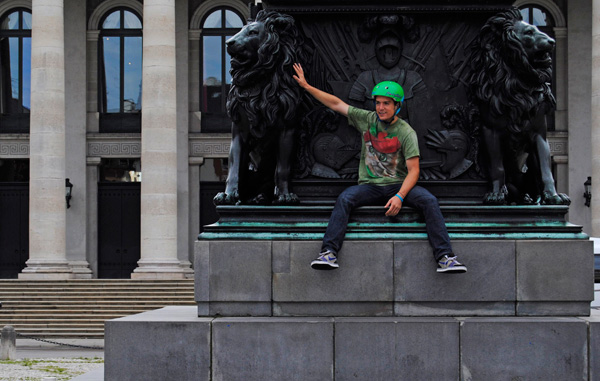 Once Marc gave the final thumbs up it was time for Thomas to fire out the gap. He rolled up (almost too slowly), snapped the hop, tucked the back end up over the middle of the van, narrowly cleared it (literally by a few inches), set the back end down, and landed on the other side. His hips shot forward from the impact, and his weaker shoulder got tweaked out of place, but all things considered he came down fairly smooth. Thomas was then able to maneuver away from the main street so our worries of him meeting up with traffic luckily didn’t come true.

When I was looking through the viewfinder of my camera, I thought he had clipped the van on the way over. The angle I was filming from made it appear so, but fortunately I was wrong. When I replayed the clip for Thomas afterwards, he was shocked at how close he had come to tagging the obstacle. We then went to replay the footage from Marc’s perspective and the second angle that he was working on. Marc though, more nervous than Thomas during the chaotic experience, had mixed up record and stop on the camera. He was pretty embarrassed for missing the clip, but in the end it was all laughs and luckily we had the other footage to use. Buzzing off the excitement, we packed our bags, and left to the next spot. Another stunt, another clip, and another good story away from home; mission accomplished. 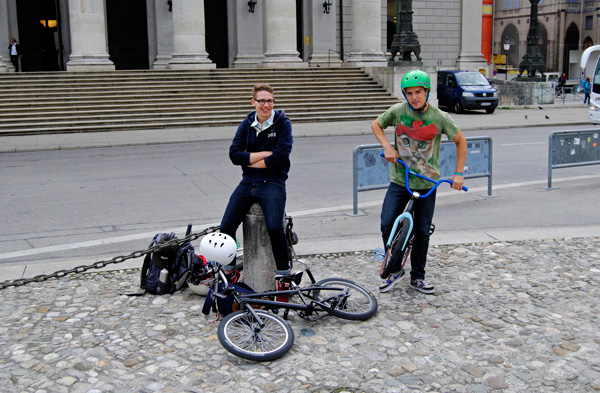 Are you interested in doing an Editorial piece on the site? Shoot us a message and let us know what you are thinking!