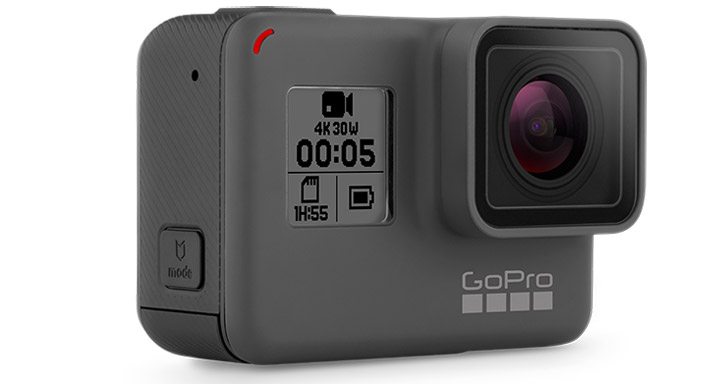 Today GoPro released the full details and a look at their new Karma Drone that a lot of people have been curious about for months now. Along with that, they gave us a look at the brand new GoPro Hero 5 Black edition that features a TON of new upgrades from the previous Hero 4 Black. To start things off, they gave it a sleek new look similar to the previous model, but more curves and a grayer color. The Hero 5 sheds it’s protective cases that previous models featured to make it water proof and a littler more rugged and simply made the camera water proof up to a depth of 30 feet. Another pretty rad feature is it now has voice control that comes in 7 different languages. You can ask your camera to snap a photo while recording a video or tell it to start recording among a number of options that make it easier to use.

The Hero 5 Black has a 2″ touch screen display allowing you to easily control, navigate through clips and settings and more. Remember when you had to get a screen attachment for your camera years ago? Pretty crazy how far technology has come in the last decade. 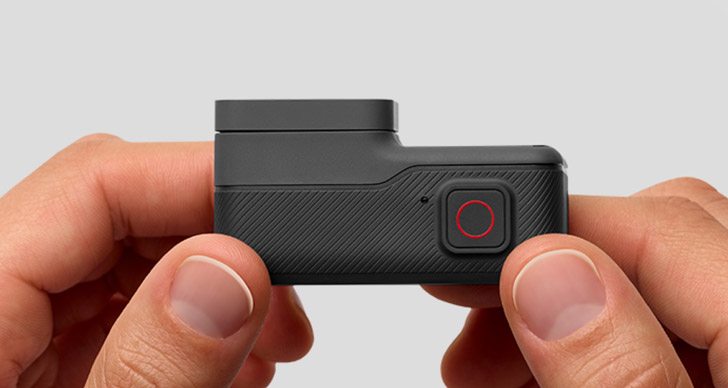 They gave it one button to turn it on and to record with. Can go wrong with simplifying and cleaning things up a bit!

They added in advanced image stabilization, which is pretty damn incredible when you see the footage the camera produces compared to past GoPro Hero’s. Pair that up with their new Karma Handle and you can get some crazy shots. We’ll embed the video clip GoPro dropped today giving you an idea of the quality. Focus on the mountain bikes to get an idea of just how much this feature helps filming with one of these cameras.

The camera films in up to 4K video and 12 megapixels in Single, Burst, and Time Lapse modes, it allows for RAW photos to provide the most flexibility when using advanced
photo editing software like Photoshop. WDR photo mode captures both added detail in shadows and highlights in the scene. They gave the camera exposure control so you can adjust as you see fit for any situation, gave it GPS to help you tag locations of where your photos and videos are filmed as well. This camera also features 3 audio recording ports that all work together to give it a stereo quality sound, which is huge since audio has always been a problem with GoPro cameras. 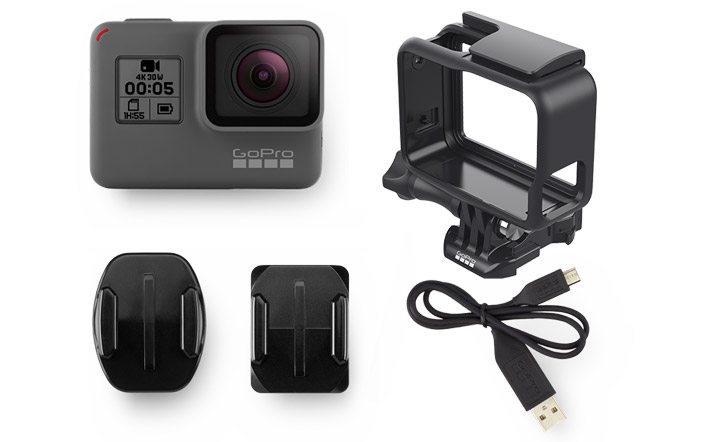 The Hero 5 Black is available NOW for $399.99 on Amazon that includes what’s pictured above. Definitely a surprise since we figured it would be a little more expensive than that! You can learn more on the GoPro Website.

You are here: Home / BMX Videos, Products, News and More / GoPro – Hero 5 Black
Note: This site contains affiliate links and we could recieve a small comission that supports this site if you were to make a purchase on their websites using our links.