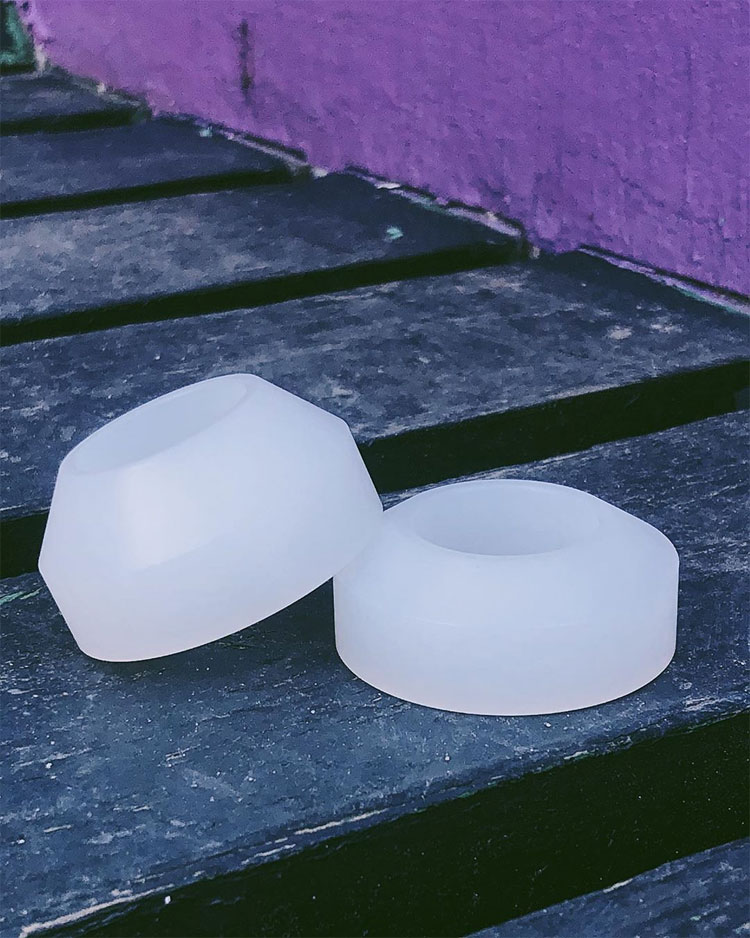 A plastic BMX bottom bracket? Over the years we’ve seen a number of parts on a BMX bike get the plastic / nylon treatment from barends to pedals, pegs, hub guards and even seat posts. In most cases, it works pretty well, but obviously the parts can wear faster than metal. We were just made aware of this new one in Brant Moore’s BMX News video where he pointed out a company called Karma BMX that is currently working on this plastic Mid bottom bracket. Their Instagram Post says “Less weight and no more troubles with bearings…” as the reasoning behind it, but we’re honestly not too sure how well this will work.

Obviously your cranks need to spin and over time that metal on plastic would likely wear down causing a wobble. It could also blow out pretty easy considering that a large portion of the impact from drops and such transfer into your cranks / bottom bracket. The other question this leaves is how well you can crankflip with something like this? No bearings means when the cranks spin, it’s just friction that would slow the cranks down, which could maybe be a good thing if you don’t want them to spin fast, or you don’t want your cranks moving during tricks like tailwhips.

The next thing is that it appears to have the cone spacers built into it as well, which means when the cranks are tightened down, they wouldn’t have anything to spin on, so that would also keep the cranks from spinning, kind of like if you over tighten the cranks down with the wrong size spacer.

We’re honestly curious how well this would actually work. We have our doubts that it would hold up or last as long as traditional bearings, but then again who would have guessed plastic pegs and pedals would have become the norm? We also want to see this installed to see how it looks.

You are here: Home / BMX Videos, Products, News and More / Plastic BMX Bottom Bracket?
Note: This site contains affiliate links and we could receive a small commission that supports this site if you were to make a purchase on their websites using our links for no extra charge to you.