After what sounds like an absolute shit storm trying to make this video happen, S&M Bikes connect in New Zealand has a new edit jam packed with park and trails gold for you to enjoy! Take a look!

“After riding for S&M / Triple Six NZ for 18 months, this edit is well overdue. Lost memory cards, filmers and editors going AWOL, New Zealand just getting internet last week and my lack of assertiveness to ask to be filmed, we finally have something to show you.

Shot mainly in NZ, along with a trip to England and France for Kill The Line last year.

Huge thanks to Bevan for stepping up and killing it in the editing department, after editing was on a hiatus for at least four months, especially having to deal with clips from at least five different filmers and cameras. Apologies for the delay and the quality of some of the clips, but having a good time riding with your mates is way more important than trying to get clips in my opinion. Watch out for the next one, it’ll drop hopefully sometime before 2017.

Also, big thanks to the locals at Epsom, Leatherhead, Max and Crew at Peynier, C-Town Cats and the dreads at PMP” – Joe 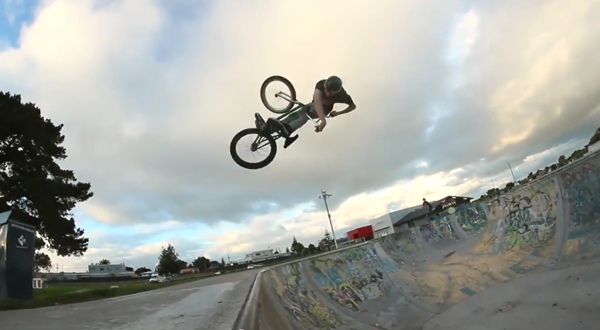