Wow… Sam Bussell is an absolute BEAST! Check him out charging some excessively manly sized rails for his part from The Hunt last year!

“Sam Bussell debut’s his Hunt BMX video part with insane rail slaying all over Colorado and Nebraska that would make even Brian Kachinsky’s knees quiver. Watch Sam snap his frame backflipping on street, and free coasting before it was trendy. If Sam Bussell were a Viking his weapon of choice would be a gigantic battle ax but he’d also be able to field dress a squirrel with a pocket knife on Sunday. Filmed by Jacob Lowe.” – Network A 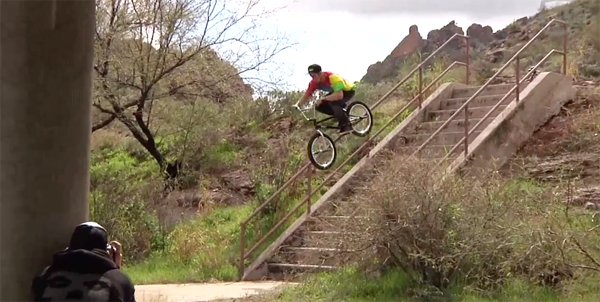