The Community Project is working on a new series called “The Trif3cta” which follows a rider to 3 of their favorite spots in a day. The first episode features Portland’s Andy Merral, who has been calling the city and its local parks home for many years. With age comes experience and Andy has all the lines at his favorite parks figured out! Take a peek at this first episode!

“This is the premiere episode of the new series from the Community Project, TRIF3CTA. The concept is simple. One rider, one day, three spots of their choosing to film an edit.
When Anthony first pitched this idea, Andy Merrall’s name instantly came up. In fact his name came up in more than a few conversations discussing this series. It seemed pretty unanimous to ask him to be the one for the first episode. For many people in the Northwest and beyond Andy has a reputation for original park lines and style, so we were pretty excited when he accepted.
He chose the infamous Burnside Skatepark to start off the day, with Tigard, and St. Helens to follow. After 12 hours of traveling, riding, and drying up parks we ended the day confident with what we had. So with all of that in mind, we would like to introduce you to TRIF3CTA, Part 1. Remember to keep an eye out for more content like this coming up on thecommunityproject.tv .
Riders:
Andy Merrall
Tim Story
Kevin Ellington” 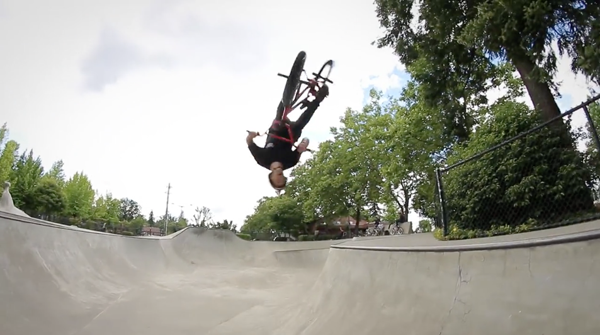