Get a look at highlights from this years Ghetto Games out in Latvia in this new edit from Epic TV! Tons of real good riding from riders from all over the world.

“Ventspils, Latvia is generally not an epicenter for BMX but once a year this small city turns into one big BMX party during the Ghetto Games. What started as a sports festival for the Baltic States (Estonia, Latvia, Lithuania) has become an international bash for all different types of athletes. This year in the BMX event Local shredders like Viktors Kronbergs and Oskars Zajarskis were joined by pros like Brad Simms and the BSD crew. Riders from more than 13 countries were in attendance and the crowd was loving every single one of them. Huge tricks were thrown down including a world first in a competition by none other than Andres Lainevool. ‘A lot of my friends were talking about the Ghetto Games and how cool the contest and everything around it was,’ says filmmaker Philip Kölsch who captured the whole weekend on his Canon 5D MK3 with three different lenses (a Canon 70-200mm IS, a Tokina 11-16 mm, and a Canon 24-105mm IS) and even a couple of quick shots using a hexadrone. ‘I wanted to check it out myself and capture it for everyone who couldn’t be there. The only tough part about shooting was the Latvian parties and their side effects!” 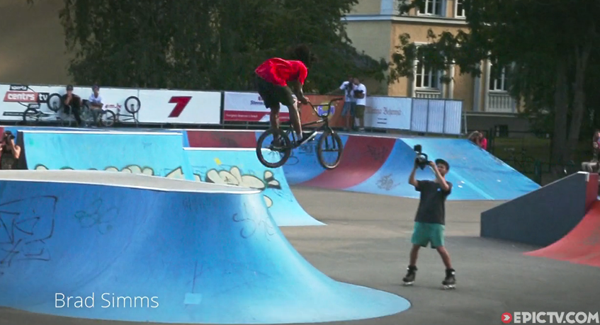