The 3rd and final installment of Tyler Fernengel’s “Detroit to San Diego” from Red Bull is now online! This time around Tyler gets wild on a rope swing and then they make the final haul to San Diego. Things didn’t quite go to plan, but after a little time off he was back to his riding! Take a peek! Did you miss the first two? Check out PART ONE and then PART TWO!

“Like many other BMX riders, Tyler Fernengel has felt the pull toward Southern California, with its year-round riding opportunities and wealth of street-riding spots. Recently, the 18-year-old Michigan native answered the call, making his way across the country to start a new chapter in San Diego.

In the video above (the last of a three-part series covering his move), Tyler swings — literally — through Salt Lake City, Utah, on his drive west, before pushing on to his new home. Once there, he meets up with a few of his new neighbors — including Dennis Enarson and Chad Kerley — to see how the sessions really go down in San Diego.

Tyler’s skills have been exploding to new levels over the last year, and now that he’s in the mix with some of the most amazing riders in the sport, there’s no telling what he’s going to drop next.” 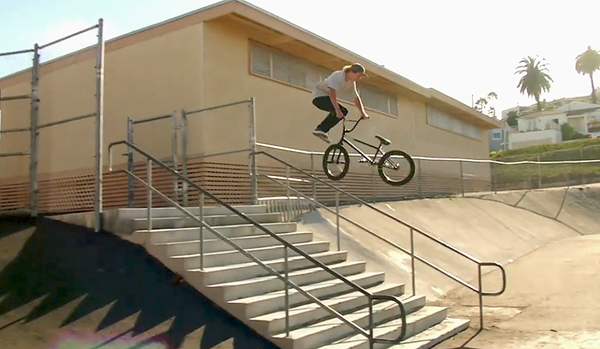