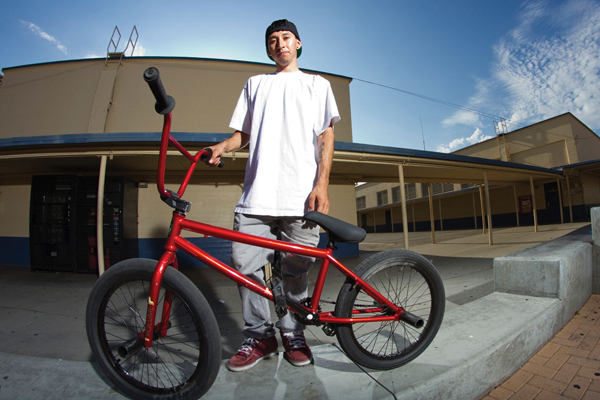 The other day we got a look at the all new 2014 completes from Volume Bikes in a flipbook and promo video that they released. Going through looking at all of the specs and everything, I was pretty blown away by what Volume had produced for these 2014 bikes. I was also pretty blown away when I realized how many years it has been since they have actually offered complete bikes.
I got talking with Brian Castillo about the bikes and I figured it would be awesome to let everyone in on what went into making these bikes, why they decided to step away from doing completes for so long and what got them interested in doing them again! We ended up doing this interview so you guys could get the full scoop on what makes these bikes unique along with a closer with a bunch of photos. Let’s get into this! 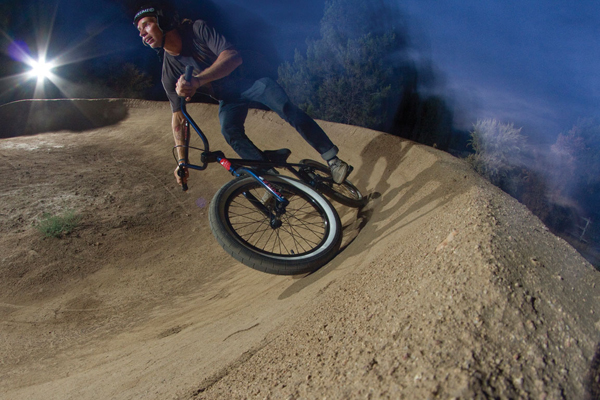 So you guys just released your 2014 complete bikes after taking a few years off from offering completes. What were some of the reasons behind your decision not to do bikes for the past few years? How long has it been since you’ve done complete bikes?
We took 6 years off from our completes, haha. We took such a huge step back due to not feeling like it was a right time to invest in completes. When we started our completes in ’06, China completes weren’t there yet with their quality control and I for one wasn’t ready to commit to getting a $100k + loan out every time I wanted to place an order. The complete bike project is huge and really takes a lot of commitment and work. It’s almost its own venture all together.

It seems like there has been a lot of discussion about there almost being too many complete bikes offered these days. I know we’ve seen a ton of really non-core BMX brands pop up with full lines of bikes. Did that have any sort of influence on your decision to step away from completes for a little bit?
Not really. Like you said, there are a lot of non-core brands doing completes but they either don’t support BMX in a big way, have a team, do trips, market them or do their research with what dealers and core customers are looking for with their bikes. My opinion, the amount of core companies in BMX doing it “right” is still slim. 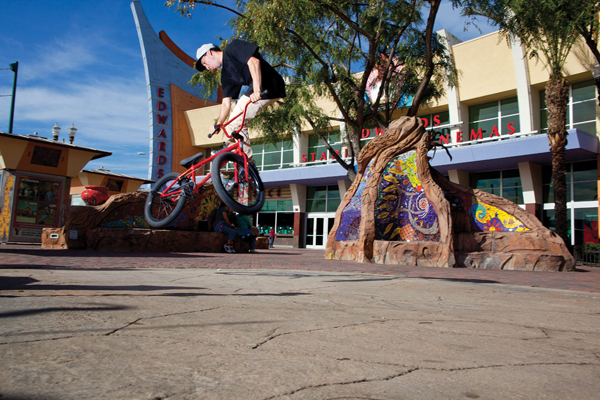 So you guys spent the past two or so years working out designs trying to come through with a line of quality bikes without a big price tag, right? What were some of the biggest things you guys were focusing on improving on what’s already out there?
I think we pushed 3 years on this bike venture. Since we didn’t do a complete bike line in so long, we don’t already have that template to go off of. We had a lot of hoops to jump through in order to get them all dialed in. We still have a lot of things to improve on but that’s BMX, it’s always changing and evolving. We’re already really excited for the next line on what to do differently and what to improve on. Like most companies, we do our homework with what our competitors do and what will be the next biggest thing or trend.

Genesis was introduced along with the complete bikes. Care to tell us a little bit about what Genesis is all about and what we can expect in the coming months from that? You’re going to be offering these parts as an aftermarket option as well, right?
Genesis is our aftermarket branded parts line aimed at entry level complete bikes. We don’t have any plans to really market the brand. They’re price point parts for kids just getting into BMX. 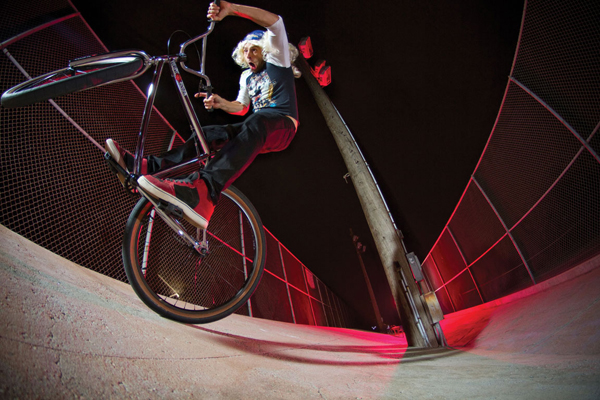 I’m sure a few people are wondering why you didn’t use Volume or Demolition to brand these products. Care to explain why you felt it was important to do Genesis as a separate project?
Our biggest learning curve with building up a complete bike and yet keeping cost down as much as possible in order to compete is to watch every price on every nut and bolt you put on the bikes. With these being entry to mid level bikes, we didn’t or couldn’t put anything too high-end on the bikes which is what we make with those brands.

Between Volume, Demolition and Genesis it looks like you guys were pretty much able to spec out all of the bikes yourselves with a little help from Odyssey. What are some of the advantages of being able to have the ability to completely spec your own bikes for the most part?
The biggest advantage is knowing the product inside and out and putting a face to each part we brand. For the most part, the bikes are something we can all stand behind and not have it all out of the catalog.

The line is focused around 4 bikes for 2014; the entry level District and District 18″, the Infantry and the Hessian 26″. Was there are reason you guys only did 4 bikes? Do you have any plans of expanding the line in the future?
We didn’t want to go all out and do a line of 14 BMX bikes. We wanted to start small and yet still make sense to all our dealers. I never got the big line of
bikes that goes up in small price increments or really minor changes. I’d love to do more high end bikes but we know it’s a niche market. We’ll see… 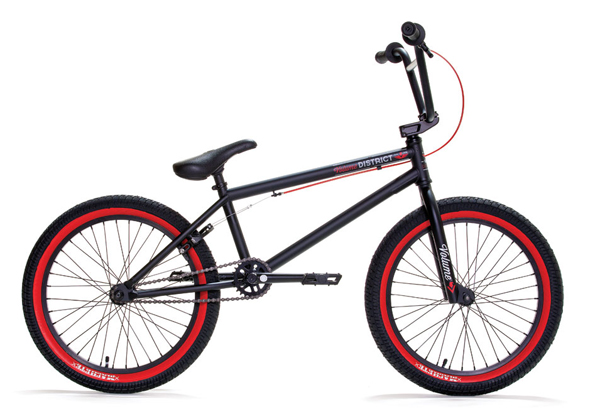 Let’s talk a little bit about the District. This is a bike that’s aimed for the kids just getting into, BMX, right? Care to explain some of the different features that help make these bikes affordable but still able to hold up better than one of those Wal-Mart bikes?
Geometry, tubing, parts, core brand named parts and a warranty. While our entry level District is still a bit more than any Wal Mart bike, it’s still aimed for kids starting out or taking that next level from their cheap Target or Wal Mart bike. We just released the District video of our team guys absolutely shredding on the District. They loved the geometry and the feel of the bike and was surprised that it was an entry level bike. That’s what would make the District apart from any cheaper bike. 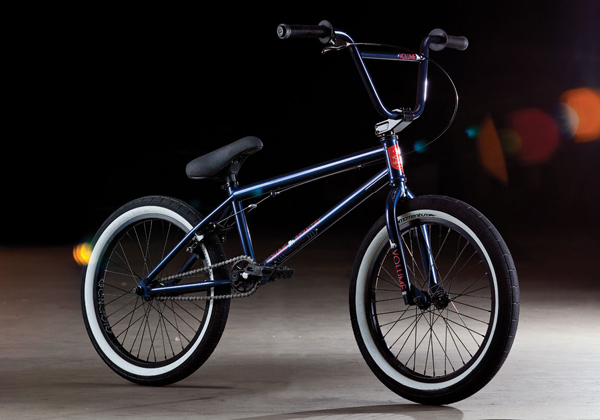 The Infantry looks to be focused more on the mid-level rider and spec’d a to hold up to a little more abuse. Can you take us through a few of the features that you’re really into with this bike?
With the Infantry, we really just took what our current riders ride, as far as geometry and specs. It’s so close to a bike that we all ride. Granted it’s still a mid level bike, it feels like any of our pros bike and can take a lot more abuse from an entry level bike with more chromoly tubing across the board, double walled rims and sealed bearings. 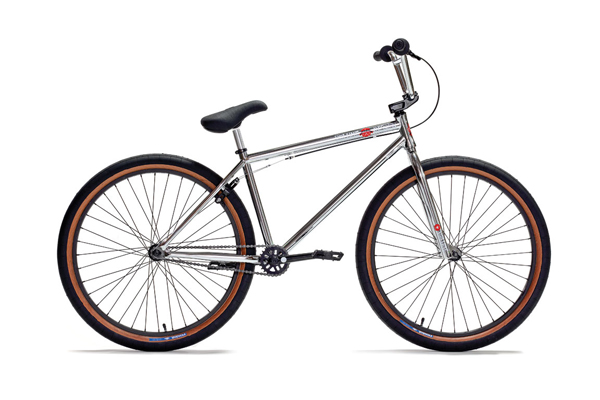 Over the years you guys have always dabbled in other styles of bikes like the commuter frames back in the day. What were some of the influences to do the Hessian? Who are these bikes more aimed for?
Yeah, we definitely dabbled in all types of bicycles over the years due to my “pet projects”. The Hessian is another form of the older 26″ Sledgehammer we did. These bikes are aimed for the older BMXer or guys that just wanna cruise to the store and still hit a curb cut to get the ol’ heart pumpin’. I for one love the feel of this bike and was one of my favorites that we did from our lineup. Granted I’m almost 40 though…

So for the most part, your bikes are more geared towards the younger guys just getting into BMX. What are some of the things you think BMX needs to focus on more to get these younger kids stoked on BMX?
BMX completes have already progressed more than ever over a short period of time. With what you get for your money with some bikes these days, it’s insane! It’s so competitive, all of us have to stay on our toes with everything from parts we choose, aesthetics and price. Kids and parents these days do their homework and they look at the big picture of the brands marketing, the bike and price. There’s definitely a lot more variables on what gets a kid stoked on a certain brands completes these days.

How has the reaction from shops and distributors been for the bikes so far? I know you guys went out of your way to come up with some real good incentive deals to make it easier for them to get their hands on these, right?
So far so good. Majority of them are pre-booked from dealers already, so that definitely helps. Yeah, we always thought that all the dealer incentives were equally as important as the bikes themselves. 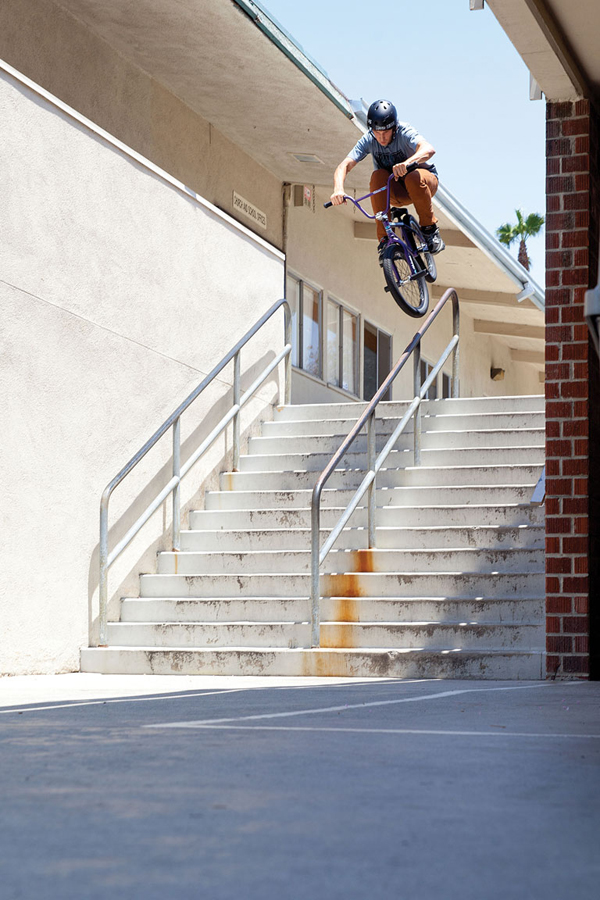 Alex Platt sending it on the District.

Let’s say a shop or distributor wants to get their hands on one of these bikes. Who should they contact to get some ordered up?
Give 180 Distribution a call at 562.926.5828 or email us at info@180dist.com

How about if somebody considering picking one of these bikes up has some questions about the bike. Who should they get ahold of for answers?
You can get at us at any of of our social media outlets on Instagram, Facebook, or Twitter at @volumebikes or email us at info@volumebikes.com

With Interbike coming up in about a month now, care to hint at some of the new products you guys have been cooking on lately?
I can’t go into too much detail or my distros and dealers will kill me BUT I can say that we’ll be releasing a couple new frames and parts, haha!

How can people keep up with Volume and Demolition these days?

You can get at us on all the social media networks at:
Volume:
VolumeBikes.com
Facebook: Facebook.com/VolumeBikes,
Twitter: @VolumeBikes

Is there anything I missed you want to say?
Damn, this is all way more than what I expected. You and Jeremy are typing machines!