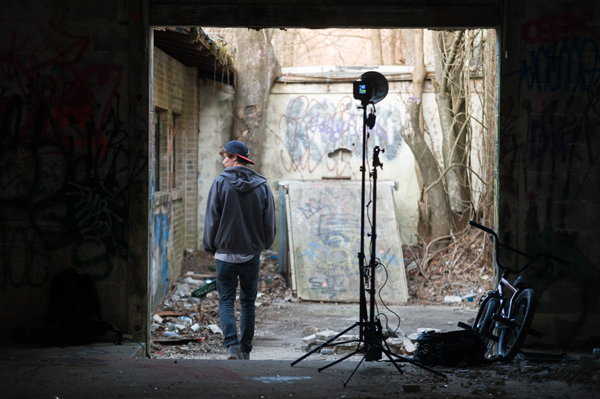 What was it that first got you into BMX? Any early memories come to mind?
My cousin, Phil Care, was the first person to introduce BMX to me. He had a red Haro Backtrail and was kicking footjam whips. It was the coolest thing I had ever seen. I had to wait until Christmas that year to get my first BMX bike and I’ve been riding ever since.

Seems like you have come a long way since then. You joined the Colony team this past summer, right? How did you get involved with that crew?
Mike Brennan really hooked that up. Once he got on the team, I guess he put in a good word and they were looking to get some guys on the east coast.

It seems like you have had a few opportunities to travel and film with them so far. What are some of the highlights you have had since you joined the team?
Yeah, the California trip has been my favorite so far. Just being with Keith Treanor and Cooper Brownlee are always highlights! Those dudes are too rad. 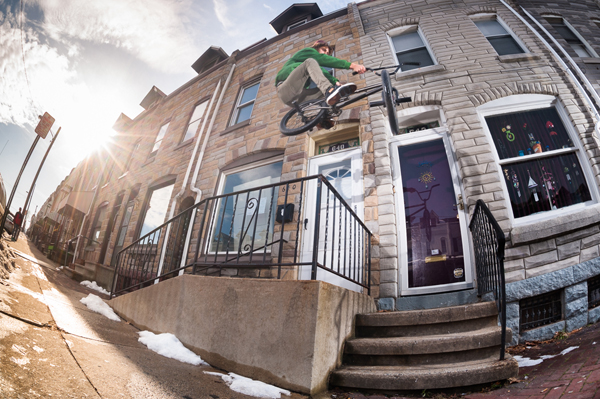 That edit you had drop recently was damn good. How long did you work on that one with them?
Thanks man. That was footage from the trip to California and one through the Northeast of the states. There were also a few clips filmed localy over the summer. I didnt get to film as much as I really wanted, but Cooper is the man and made it look good.

Do you have any future trips or other projects cooking with Colony that you can tell us about?
Nothing in the works right now, but I’m sure somthing will pop up by summer.

You have been involved with the Merritt team since pretty much day one if I remember right. How have things been going with them? I think you have a signature stem in the works, right?
Yeah, since day one and it been awesome. Mike and Sean are the best dudes to have supporting you. Everything has alwasy been good and keeps getting better. I do have a signature stem at will be dropping in March and I’m super excited about that. 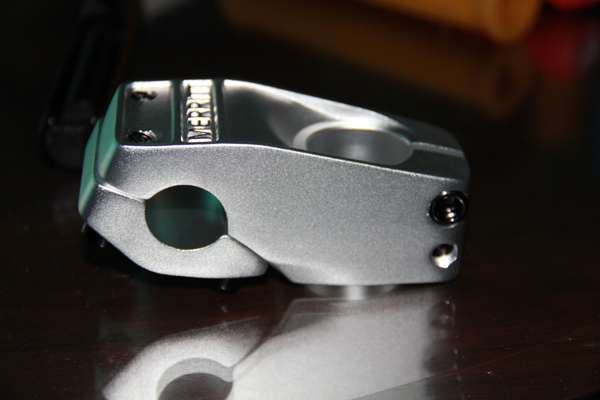 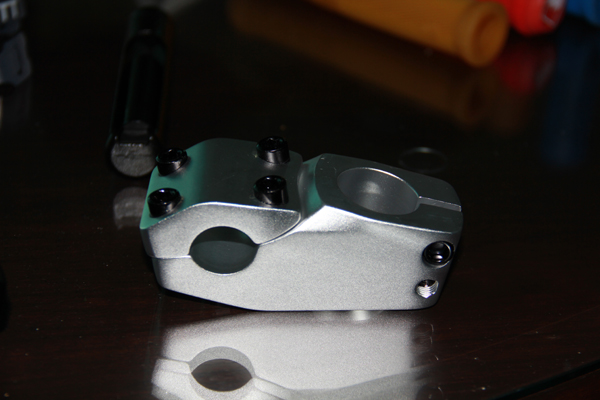 That stem is pretty crazy. What made you want to go with that design? Care to talk about some of the details you really wanted to make happen?
Just wanted to have somthing besides the average front load or top load. It’s an idea I kind of drew up thinking it would be cool. Sean ended up being into it and made it a reality. It looks like a upside down top load stem but still has the rise of a top load. this makes the stem look super clean up top and keep the hardware below. A few guys on the team and I have been running it for about a year and we are all very happy with it. It’s called the Upload stem and will be available in March.

How’s the promo edit coming for that? Are you trying to make any trips or anything happen before wrapping things up?
It’s in the works, haha. I got a few clips I want to use for it before the cold weather hit. It’s tough because I want this to be the best footage I’ve ever put out to promote it, so the standard of footage very high, haha. I’m just trying to keep it fun. No trips set yet but well see what happens.

How about Fade Footwear. Do you have any cool projects cooking with them that you can tell us about?
No projects right now really just focusing on the stem promo but Fade has been killing it. Jario has been hooking me up that last few months and it has been awesome. I’m so thankful. Their shoes are soo good, be sure to check them out!

I’d imagine you have been catching plenty of cold weather in Pennsylvania by now. How do you keep yourself riding during the winter months out there?
Winter and I don’t mix. I’m a huge pussy when it comes to the cold. Indoor parks that are a couple hours away keep me pedaling, but mostly my buddys barn. He has a barn on his property that we spent the summer rebuilding, getting it ready to be the winter spot. It’s not done yet, but it’s going to be amazing. Check my Instagram for updates on it.

How’s the scene where you’re from? Is there much going on in Pottstown or do you spend a lot of time in Philadelphia?
I don’t go to Philly to often, but it’s always a fun time with the Stink Pit homies. The Pottstown area doesn’t have much going on, but I kinda like it that way. It keeps it simple and fun.

So, on top of riding, you’re working full-time as an electrician, right? How long have you been doing that and what made you want to get into that?
That opportunity came up from a friend of mine who rides. He went into bussiness for himself and was looking for help. I jumped on board so I could learn a trade and have real world skills. There is definitly a life after BMX and you have to be prepared. Electrical is tight and so is having a boss that rides.

Is it something you could see yourself doing for life? Seems like it’s a pretty solid job that always has demand, right? Any plans of going into business on your own or anything like that?
It’s defenitly a solid job and were always busy, but just working hard right now. I’m not sure what it will bring in the future.

You’re also pretty into racing Dirt Track Modifieds. Can you tell us a little bit about what that’s all about to people that don’t know?
I race a 500CC motor that is on a mini sprint car. It’s pretty awesome.

How long have you been doing that for? What was it that got you into that?
I have been racing since I was 7. My dad has been the one holding that down since the beginning. He rules. He does most of the hard work so I can play. 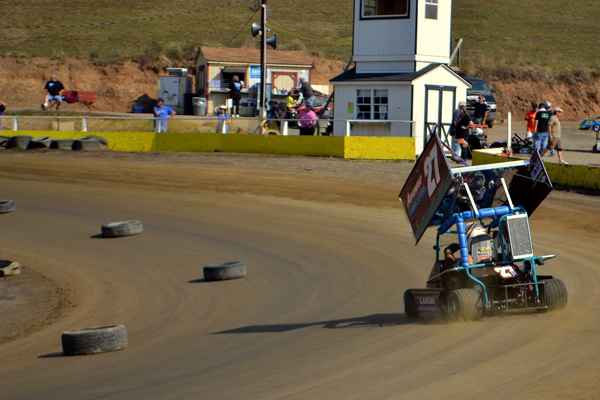 Are you pretty good? Do you race pretty seriously or is it something you like to do for fun? I’d imagine that shit can get pretty serious.
We used to be more serious about it than we are now. I have a few track championships and a little over 100 wins. These days we travel around just Pennsylvania racing every other weekend during the season. It’s more just a fun thing to do these days.

So outside of riding, working and hauling ass… What are you usually getting into? What makes for a good night out for you?
The rest gets filled in with girlfiend time and relaxing, but I’m always doing somthing.

What’s the last song you heard and movie you watched?
“I’d Love To Change The World” by Ten Years After and I don’t know what movie… I really just watch Cartoon Network, haha.

Where do you see yourself in 5 years?
Pulling wire and riding bikes.

How can people keep up with you these days?
I’m really just on Instagram @justincare

Do you have any shout outs or thanks?
Thanks Mike and Sean at Merritt, Cooper, Keith and Clint at Colony, Jario from Fade Footwear, Kurt for the interview and Ryan Scott for making me look good infront of the lens!

You are here: Home / Interview / Justin Care Interview
Note: This site contains affiliate links and we could receive a small commission that supports this site if you were to make a purchase on their websites using our links for no extra charge to you.