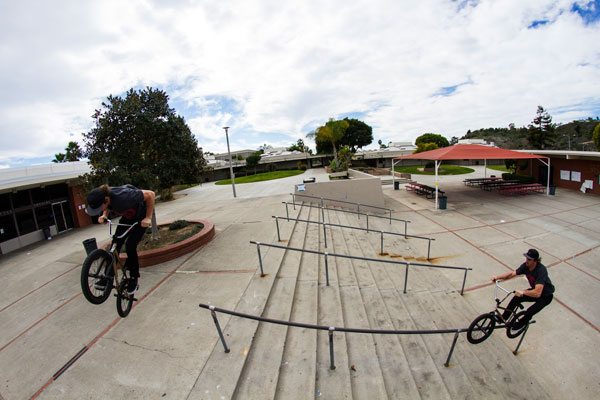 Christian! What’s going on? It’s been a while since we’ve caught up! How are things going on your end?
Not too much, man. It’s definitely been a while though, thanks again for hittin me up! Things are good over here, just got back from a long solo road trip to Utah and Nor Cal, so I’m just catching up on some work!

What do you have going on with United these days? Do you have any trips, new signature parts or anything good like that?
Everyones just been focused on the new DVD, our deadline is the end of September! There’s always some kind of trip going on somewhere. I think they might try an do one last Cali trip before it’s done though. I would be hyped on that! Hopefully we’ll get an updated version of my frame out for next year, but with the DVD an everything going on we haven’t talked about it much.

How’s your part for the new United DVD coming along? Based off your Twitter it looks like you have been having some battles lately.
Good man, really stoked on everything I’ve got so far. I’m just trying to do my best to get these last clips as safely as possible, haha. It’s always a battle with me, but I bring it upon myself, haha. I’ve set my standards really high and I want every clip in my part to be something massive and/or really technical and weird. It’s been a lot of fun though! I learned a lot filming for my MARKIT part, I got hurt on every trip and couldn’t ride until the next one, and that kind takes all the fun out of filming. So this time around I decided to be a lot more picky and choose my battles wisely. 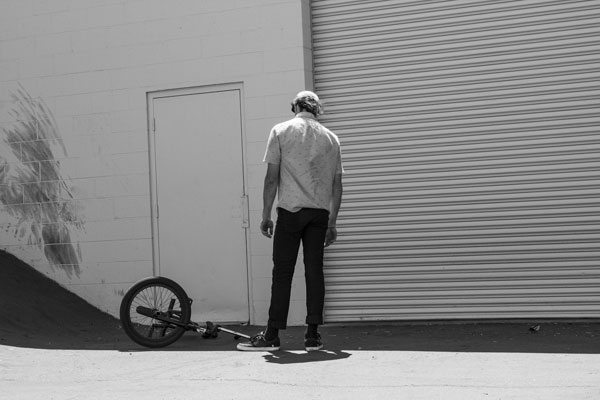 Have you seen much footage from the rest of the guys? Who’s part are you real excited for?
Aside from the trips I’ve been on with the guys I haven’t seen too much, which I’m stoked on because I want it to be a surprise, haha. Everything I got to see was heavy though, everyones parts in this video are going to be amazing! I think people are going to be really hyped on all the different types on riding and styles. Cant wait to be at the premiere!

How about Demolition? Anything new going on with Castillo and the crew you can tell us about as far as trips, signature parts or anything goes? Aren’t they starting to work on a DVD or something now?
Nah, no Demo DVD, they’ve just been doing random trips here and there. Lots of park and dirt trips but I’m hoping we can get a street trip going soon! I’ve got an edit for them in the works and I’m going to start working on a little photo feature with Cobbs soon, too!

We saw you picked up a new Red Scarlet Dragon recently. Any chance we’ll be seeing some of the new footage surfacing online soon?
Yup, so stoked on it man its been amazing! I’ll have a Nyquist video for Haro coming out soon, as well as a few others that are in the works. Been busy working on videos with Demarcus Paul, Chad Kerley, Blake Peters, Tyler Fernengel, and a bunch of other homies! 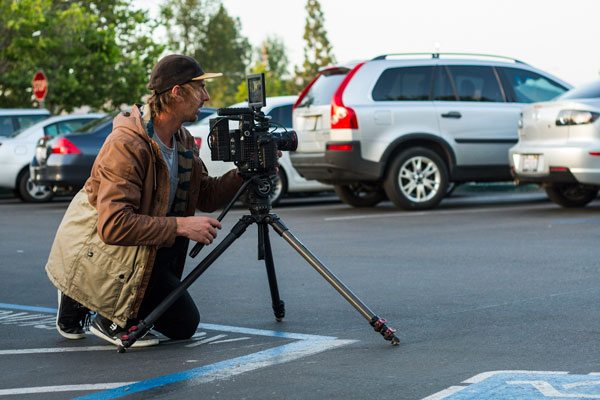 It sounds like getting dialed in with that camera has been pretty heavy on the learning curve and stress level when doing things like formatting. What are three things you have learned since picking up that camera?
The transition wasn’t too bad, but yeah the behind the scenes stuff has takin some getting used to. Hmm…
1. 4k footage takes up a lot more space than I imagined.
2. My camera bag didn’t get any lighter.
3. All of the equipment I want from here on out got a lot more expensive. haha.

Do you have any regrets on making the jump or are you still 100% stoked on your decision?
None at all, best decision I ever made! It’s made filming more fun then I could have ever imagined. The footage looks unreal and it’s opened up a lot of doors for me to work on some really cool new projects both in and outside of BMX!

The Markit video is slowly starting to make its way online. After the huge success of that video, is there a chance you guys might be working on another video any time in the near future or are you pretty set on working on the United video?
Riding wise my main focus is the United DVD for sure. But yes, we are definitely going to start up on the next MARKIT DVD soon. It’s not going to be another full on full length like MARKIT Zero, but it will feature the whole crew and it’s going to be rad! 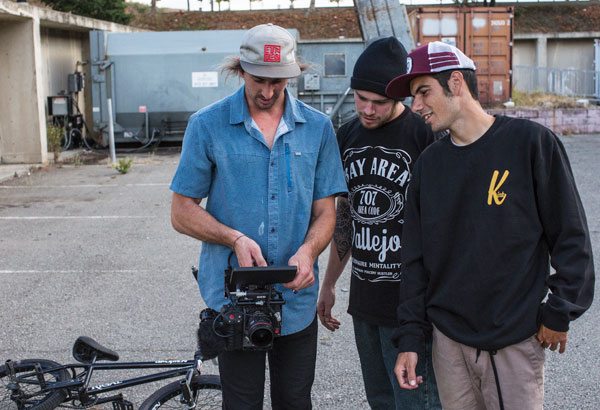 How’s things going with Markit? I know you guys are always working on something new whether it’s products or trips. Anything worth talking about there?
Things are going good! We finally got Dennis’ signature skinny jeans dialed and we couldn’t be any happier! Were going to drop a heavy little promo for those soon and hopefully get going on some other new products and cool projects. Dennis is a busy dude, so things can be slow at times, but were always working on something in some form! Once the new DVD gets going I’m sure things will pick up a lot.

What have you been up to lately when you aren’t working with the new camera or kicking your own ass for the United video? Any new hobbies or things you have been getting into?
Shoot if I’m not filming, riding or editing I can usually be found taking photos or spot searching. Aside from that I just kick it with the homies, chippin some golf balls in the backyard, BBQ’n, hiking around, flying my drone, anything outdoors, this SD weather is too good to not enjoy!

What’s the last song you heard and movie you watched?
Well I’m listening to music now, so its Alabama Shakes – I found you. And I watched a pretty ridiculous movie last night called ‘Get Hard’ with Will Farrell and Kevin Hart. It was pretty funny, but a little over the top haha.

Hmm, IG I would say Alex D and his mind blowing videos, the Thrasher account is always really good, and a handful of non-BMX photographers and filmers have me the most stoked. Twitter wise theres never really anything too interesting on there, but if I had to pick I’d say Tony Hamlin and Darryl Tocco.

IG and twitter, @ChristianRigal, My athlete page on FB, anything MARKIT related, and in the comments of any of my videos! Never afraid to answer some questions!

Do you have anything else you want to say?
Thanks to Kurt for this Interview, all of my sponsors for the support, all of my homies that film me, the photographers an filmers that shoot me, anyone that gets inspired by what I do, watches my videos or follows along with me on all of my adventures! You guys are the best! Cheers!

VISIT: FRONT PAGE // DAILY SECTION // BMX COLOR APP // BMX VIDEOS
You are here: Home / Interview / Quicky: Christian Rigal
Note: This site contains affiliate links and we could recieve a small comission that supports this site if you were to make a purchase on their websites using our links.