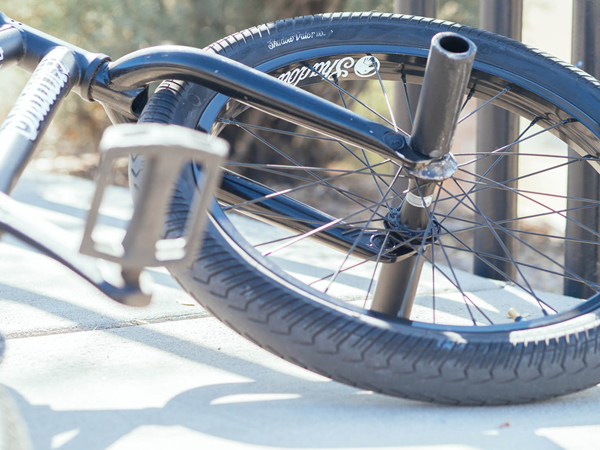 Let’s face it, there are A LOT of options for BMX parts these days. You can go into trying to pick something out and end up confused and unsure because there are so many options that all have a similar look or materials that might all sound like good options. What a lot of people don’t realize is that there are a lot of factors beyond size, color and weight that can be a determining factor for something when it comes down to comparing two, three or four different brands products that all appear to be similar.

When it comes down to picking out a new rim or wheel for your bike, what are some of the factors that come to mind? Color, weight, style of hub or rim might be some of the things that come to mind right off the bat. What about things like the number of walls? How about the width or height of the rim? Do you consider a welded seam versus a pinned seam? How about the stance width of the spokes? Believe it or not there are A LOT of things you can do to a rim that will improve it.

When it came time to create a new, stronger rim for The Shadow Conspiracy, they started out with what they knew worked and improved on it! After months of testing and trying new ideas, they finally found a winning design they were proud to release as their new Corvus rim.

Want to know what makes this rim unique? Keep reading! 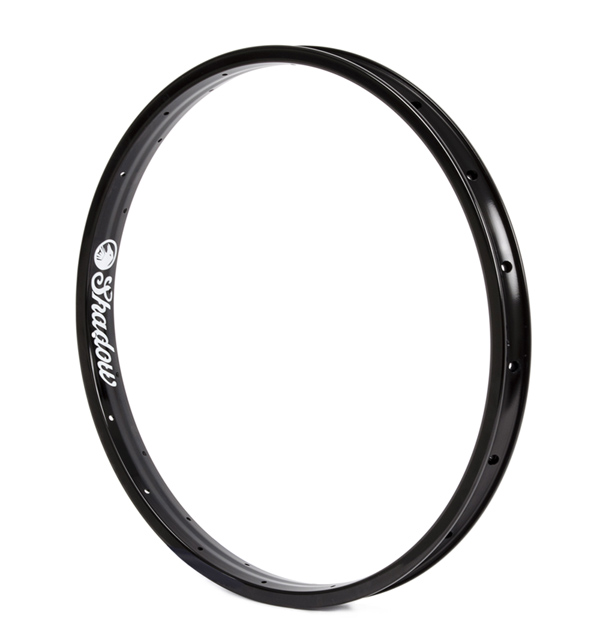 Alright, let’s start out by talking specs. The Corvus rim is made from heat-treated 6061-T6 alloy and features a double wall construction with 3 internal chambers and a 35mm width. Sounds pretty straight forward, right? Well let’s take a closer look into what makes this rim stronger and different than other options out there.
The Corvus rim was based off Shadow’s original Stun rim, which is a strong and reliable rim as it. The guys in R&D then took the Stun rim and figured out a way to take the existing materials and adjusted them to make a stronger rim without adding weight.

First off, they took the sidewall of the original Stun rim and made it shorter and thicker. They left enough of a sidewall to fit a brake pad properly, but eliminated the excess height to increase the strength. By creating a shorter sidewall, Shadow was able to take the excess and redistributed it to make the sidewall thicker. The shorter and thicker sidewall helps to resist denting and flat spots because it has less leverage to bend and can absorb more impact in the process. 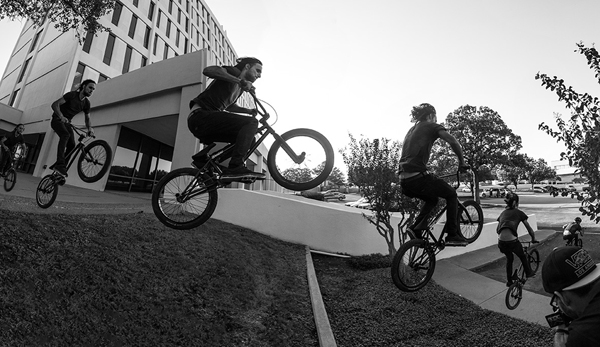 Johnny Devlin putting the sidewalls to the test.

Next, they then took some of that additional material they saved by shortening the sidewall to widen the rim. The original Stun rim is 33mm in width. They made the Corvus rim 35mm wide and bulked up the center of the rim.
What does this do exactly? Well, by widening the rim, they are able to stance the spokes out wider which helps to resist bending from lateral impacts better, so your rim will stay true better when you come crashing down sideways when your feeble to hard 180 doesn’t quite pan out. By adding the additional material to the center, it helps to reduce the vertical impacts that could blow your spokes through your rim from a heavy drop for example.

Add heat-treating and a welded seam where the rim joins together and you’re simply creating a stronger all around rim that is designed to hold up to the ridiculous level of riding we’re seeing on the streets, at the skateparks and trails. After months of heavy computer analysis, extensive machine testing and actual riding from The Shadow Conspiracy’s team, they were confident that their new Corvus rim’s design accomplished their goal of creating a stronger rim without adding those additional ounces that can make or break your decision. The original Stun rim weighs in at 17.9 oz… The Corvus rim weighs in at an even 17 oz.! Stronger and lighter than it’s predecessor. 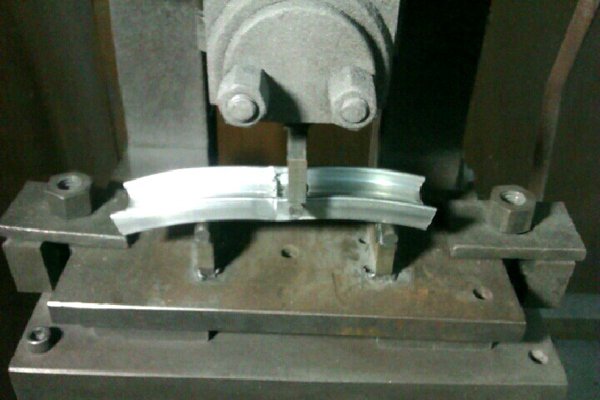 So if you’re in the market for a new rim, maybe The Shadow Conspiracy’s new Corvus rim might just be a little more than what you originally thought! This rim is available everywhere Shadow is sold and comes in colors of black, copper, Perma blue, white, Crimson red, purple and raw polish! You can pick the rim up for $64.99 on Dan’s Comp or you can have your local shop hit up Sparky’s Distribution to get you a set ordered up today! 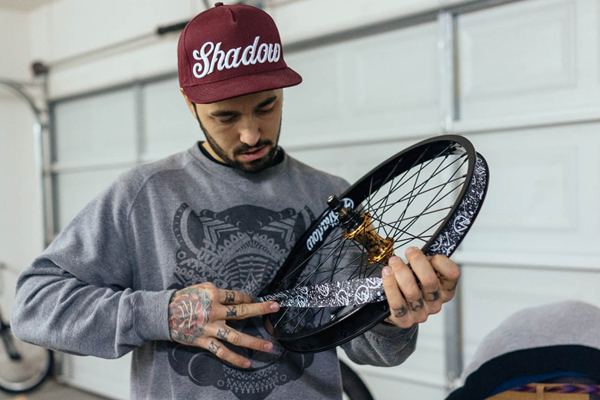 The Corvus rim is also available in complete wheels. The rear cassette is going for $215.99 on Dan’s Comp or for $159.99 for the front wheel on Dan’s Comp. You can also have your local shop hit up Sparky’s Distribution to get these wheels.

VISIT: FRONT PAGE // DAILY SECTION // BMX COLOR APP // BMX VIDEOS
You are here: Home / blog / Insight: Shadow Conspiracy – Corvus Rim
Note: This site contains affiliate links and we could recieve a small comission that supports this site if you were to make a purchase on their websites using our links.