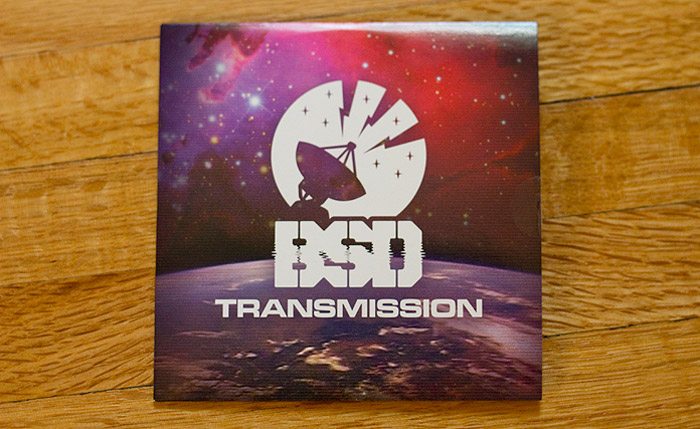 When it comes to BMX videos, we’ve always been a really big fan of the way BSD have done things over the years. They have always done a really good job of putting out quality BMX videos, versus just firing out a bunch of mediocre videos to keep the flow of content steady. So, when we found out a little while back that they were just about to release their first full-length Team DVD (Keywords are Team DVD since they have put out full videos like Any Which Way back in 2012), we were really excited to find out just what Grant and the rest of the crew were cooking up! The “Transmission” video was a surprise since they kept things pretty low key about it prior to launch (pun intended), so luckily it wasn’t one of those videos we were stuck waiting months and months for. Over the weekend, we finally got our hands on a copy and gave it a look. We figured it would be a good idea to put down a few words if you’re on the fence about checking out the video… So, if you’re interested… Keep on reading! 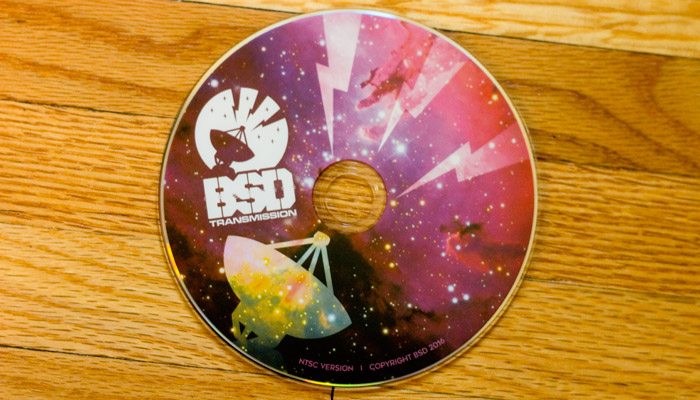 Alright, so let’s first start out with something we mentioned just a moment ago above. BSD kept their “Transmission” DVD pretty low key prior to it being ready to be released. In a world of social media that doesn’t let secrets last too long, especially when you’re bouncing a team of riders to countries like China, Australia, Canada, USA, Israel and more. It was pretty rad to get the email about the video being close to release and just finding out about it. The surprise that it was kept low key was actually something that made us really curious about the video. Now, finding out about a video just before it is released could go wrong, mostly just for a video that’s made by a brand or crew that nobody is really that familiar with and don’t really have much to base what could be expected. In BSD’s case, they have been producing really quality web videos and more, and we are very familiar with the film work of Dave Sowerby because of that. So, we knew before we even jumped into the video that the film work was going to be top quality, and you can definitely count on their team to throw down.

When you look at BSD’s “Transmission” DVD case, it has a little line to explain the video… “A crew of intrepid bike riders embark on a two year mission taking them to the ends of the earth and beyond.” Yes, the video was in the works for two years and they managed to keep it pretty low key until it was ready, even with social media and bouncing around to a number of countries and cities around the world. The crew, which consists of Dan Paley, Kriss Kyle, Alex Donnachie, Reed Stark, Mike “Jersey” Taylor, David Grant, Liam Zingbergs, Sam Jones and Luc Legrand had plenty of miles clocked for this video and it’s definitely easy to see. Based off what we saw, they were in China, Australia, Canada, USA, Israel and definitely a few other places for this one. So, you can tell they were going all out to make this one happen.

We’ve never been a fan of giving away too much detail when it comes to what the video actually includes, but the video includes full sections from Dan Paley, Kriss Kyle, Alex Donnachie, Reed Stark, Mike “Jersey” Taylor, David Grant, Liam Zingbergs, Sam Jones and Luc Legrand, along with a split section between Jason Teet and Matt Allpress. There’s also a bonus “Worldwide Crew Section” that features their different team riders through shops and distributors around the world. In the 51 minutes the “Transmission” video runs, each of these guys produced some heavy clips out on the streets while bouncing around the world. This video is 100% street, with no park and trails footage… Sorry, guys!

As we mentioned above, Dave Sowerby was in charge of the filming and editing, with some assistance from the team and a few other filmers along the way. As you can imagine if you have ever seen a previous video from Dave, it’s easy to understand that this video is super on point when it comes to filming. It has a great mix of long, short and wide angle shots, along with a good balance of second angles when needed. We saw a good balance because you can easily over do it with the second angles, and we’ve seen it before in other videos to the point where it gets annoying watching every trick twice, haha. So, you only get them when they’re necessary for this one.

When it comes to the editing, if you couldn’t figure out from the cover or the trailer (watch that below), this video has a space theme that is based around NASA. I don’t want to go into too much detail, but they worked some old style news and NASA film work into this one for the intros for each rider and it turned out really cool. We’re usually not a huge fan of longer intros with more over the top graphics, but what Dave and the crew did with this one went together well with the overall feel of the video. We weren’t crazy about all of them, but most were pretty rad. You will definitely get a good laugh out of it.

The soundtrack for the video was something we really enjoyed. It sucks when a video is all rap, all rock or some mainstream stuff. The “Transmission” video has a pretty balanced mix of classic and current with bands like Beastie Boys, Led Zeppelin, The Smiths, The black Keys, Nate Dogg, Wiley, The Jamestown Massacre, The Vacant Lots, Ty Segall, Luh and Moonface Sinii all coming together to keep the flow of the video rolling. Maybe we’re just so used to seeing these raw cut edits and vlogs that anything with music is just that much better? Nah, the sound track for this kicks a lot of ass though.

So, to tie this all back together, BSD’s “Transmission” DVD wasn’t over hyped, it features their stacked team putting in work on some amazing spots all over the world, the filming and editing is definitely on point and they had a unique twist to it with the NASA style theme.

It’s hard for us to pick a favorite section for this video. We’re probably heavily favoring Reed Stark’s section since we’ve known him for years and watched him grow up from a lanky little kid to a lanky savage, but beyond that we were really stoked on some fresh Mike “Jersey” Taylor footage and Alex Donnachie’s section. Either way, everyone killed it for this video. 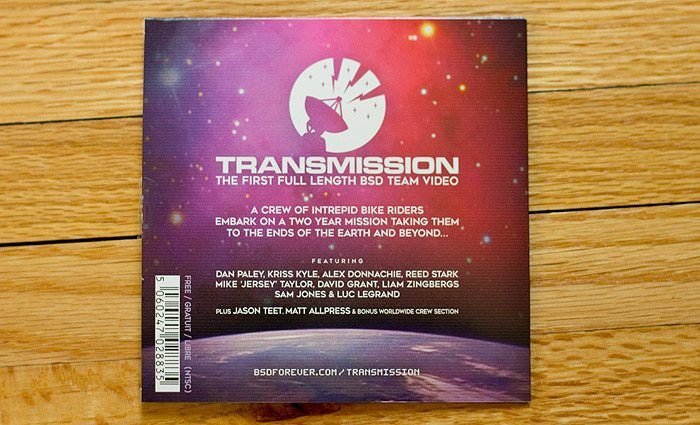 What did we think? We were definitely stoked on it and it’s one of those videos we were thinking will definitely be a contender for the NORA Cup video of the year. The video is just short of an hour (not including the bonus sections) and it keeps your attention from start to finish easily. It’s also one of those videos you will want to watch more than once, so plan on keeping it in the DVD player for a few rounds. Do we think the video is worth checking out? Definitely. Even more so because it’s literally FREE. Any shop that carries BSD can get you a copy through their distributor in your country. If I remember right, for a limited time, every order from Dan’s Comp will come with a copy of the video, too. If you cannot find a shop to get it, you can also pick up a copy from BSD directly, you just have to pay for shipping… You can do that RIGHT HERE.

BSD also have a LIMITED EDITION 100 page book that features words and photos from the trips, along with the DVD, that you can pick up for £9.99 GBP (Roughly $13 U.S) RIGHT HERE.

Below you can check out the trailer and get an idea of what the video has in store… Minus a ton of incredible spots and tricks.

Have you seen “Transmission” yet? What did you think? Let us know below!