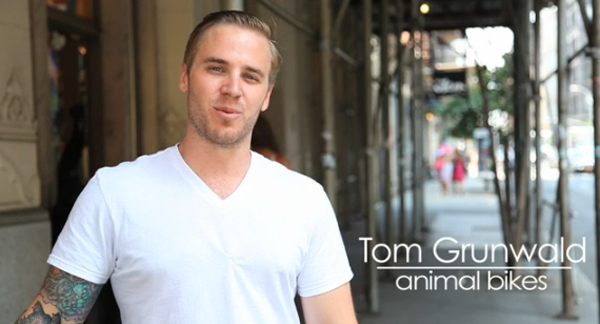 Get your ass over to the ESPN website for a video featuring Animal‘s new apparel line that was on display at the Agenda Trade Show in New York this past week. Animal’s designer, Tom Grunwald, gives you all the info about where the inspirations for the designs came from and damn did he do a good job on this line. Really stoked on that black on black jersey…

Plus, Matt Brown did the video! That dude kills it.

Cult‘s Robbie Morales gives you some insight on what’s going on with the brand lately at Agenda in NYC.

Animal‘s graphic designer, Brandon Galosi, gives you the run down on some of their new American made apparel at Agenda in NYC. Awesome.

This collaboration thing at Agenda is definitely a cool concept. Did anyone else notice the amount of Animal stuff is made in the U.S now? Pretty cool.

“Towards the end of last week, the Agenda Tradeshow descended on Long Beach, Calif., and this year, things went a little different than usual, with BMX being introduced into the fold. To get things started, Agenda invited four brands and asked them to introduce new collaborative efforts. Cult teamed up with Vans, Shadow/Subrosa teamed up with Rebel 8, SE went with Starter and issued a 29″ PK Ripper, and Animal’s Tom Grunwald (who forgot his name when introducing himself) walked us through the custom 10Deep/Animal/Skavenger build.

Right now, I am wearing a pair of jeans from Target and a Russian Circles t-shirt, so the above video might as well be a different language, but it is unique to see BMX influence subtly make its way into non-BMX areas. Video by former Standard Byke Co. team rider Aaron “Mowser” Nardi.” – ESPN 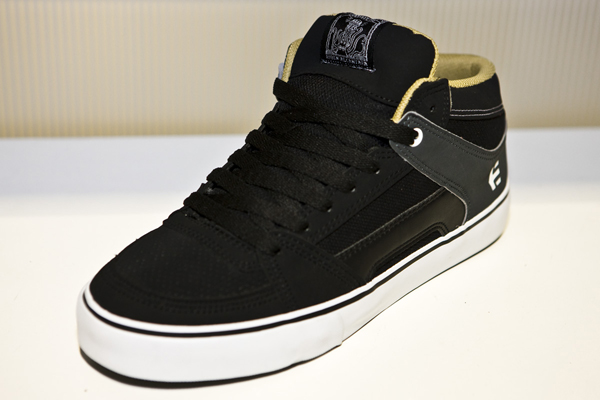 Head over to the Ride BMX site to check out some photos from who was at this years Agenda tradeshow. There’s two thing I’m wondering about… is this Agenda thing going to catch on for BMX, and when the hell is this new Ruben Alcantara signature shoe from Etnies coming out!?

… Seriously. I need those shoes…. ASAP.