It looks like Arnaud Malthieu has been spending some time over in India cruising around on his bike. Here’s a mix of some skatepark clips he collected, and a few from cruising around a few street spots. This has a pretty rad vibe to it with the riding and music selection. Real solid watch from start to finish. Take a peek!

“Watch Arnaud ride his Bmx across Bangalore(India) with some funky old bollywood jam.“

This is awesome. Hadrien Picard hit us up with a link to a video he worked on recently for Microsoft Lumia France that turned out so good. They got ahold of Pierre Blondel and had him fabricate up a crazy quarterpipe made out of a few pallets, then they cruised around Paris riding it! Check out footage from the build along with riding from Arnaud Malthieu, Pierre Blondel, Thibaud Delas and Corey Martinez!

Integrated with Microsoft Office, an impressive storage capacity onedrive, and full of apps available, Microsoft Lumia 640 smartphone lets you realize your wildest dreams, like Pierre Arnaud Blondel & Malthieu who have combined their talents to build a single ramp & the rider in some mythical Parisian places. They will end their way Austerlitz to share a session alongside Thibaud Delas & US rider Corey Martinez.

END_OF_DOCUMENT_TOKEN_TO_BE_REPLACED

Soul BMX Magazine dropped this dialed new video giving us a look at all the crazy riding Arnaud Malthieu threw down for his interview in issue 85! Arnaud has a fast paced pegless style that is so good!

“Meet Arnaud Malthieu and extraordinary riding . Discover one of the most original riders in France. A continuously in the background on his BMX , it breaks all the spots , gaps and drops that pass under his nose. Filmed by Pierre Bondel , this video will help you learn more about Arnaud Malthieu in interview in the Soul 85 available now .”

END_OF_DOCUMENT_TOKEN_TO_BE_REPLACED 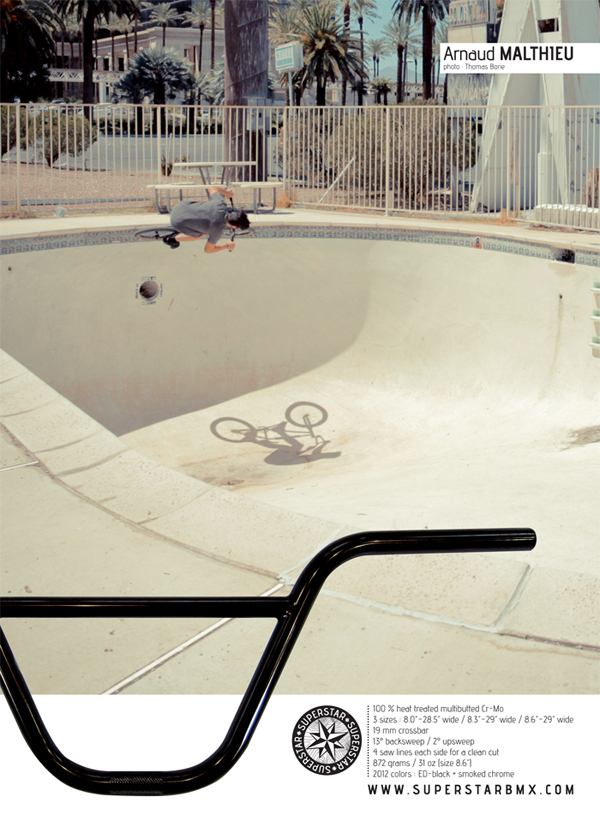 Here’s a look at Superstar‘s latest print ad featuring Arnaud Malthieu taking care of business in a Las Vegas pool. This can be found in the new issue of Figure BMX Magazine.

Damn. This video is rad. Check out Superstar‘s Arnaud Malthieu getting a session in on the Vassiviere bowl. It’s a crazy setup to ride that looks really hard to ride… but does it ever look good. Check it out!

Filmed and edited by Thomas Borie 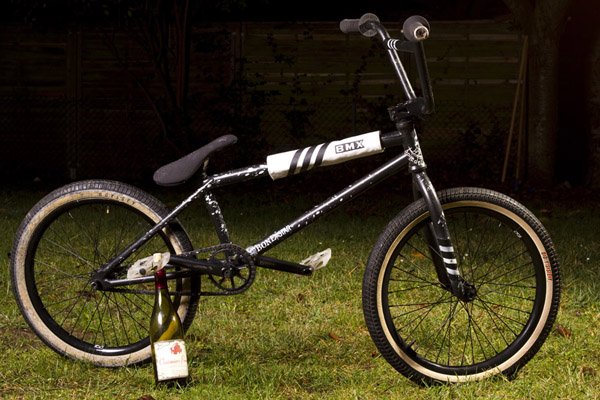 Arnaud Malthieu has a fresh bike check up on the Superstar website. Looks so rad. I wonder when pad sets will make a come back…