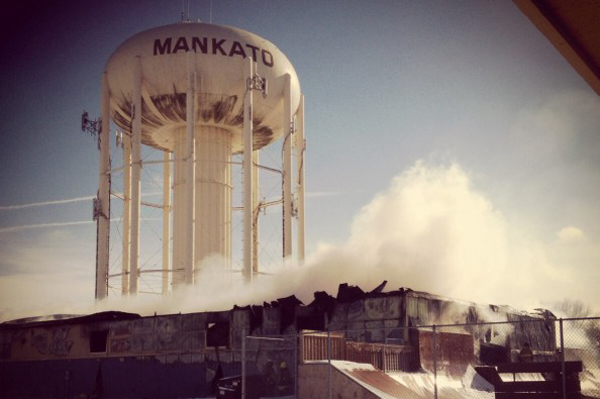 If you live in Minnesota, around Minnesota or are familiar with Tom Haugen… There’s a good chance you have either ridden the Chesley skatepark or have seen footage from the park in web videos, Road Fools or video parts in older videos. The other day they had a fire that burned the park down just three days after they finished up their re-build of the indoor section of the park. No word on exactly what caused the fire, but there has been a FUNDRAISER setup to help get the funding started to rebuild the park. If you have ever been to this park, get in on this because I’m sure, like me, you have plenty of good memories from this place and have seen the positive impact it has on the city. It doesn’t matter how much you donate, I personally dropped in $10 to help out and I’ve already seen guys like AJ Haines putting in $100. At the very least, try and help get the word out by sharing THIS LINK!

Getting reminiscent… Here’s a video I made back in 2005 from the park, haha. It’s gone through a lot of changes since this, but it’s definitely a local park of mine!