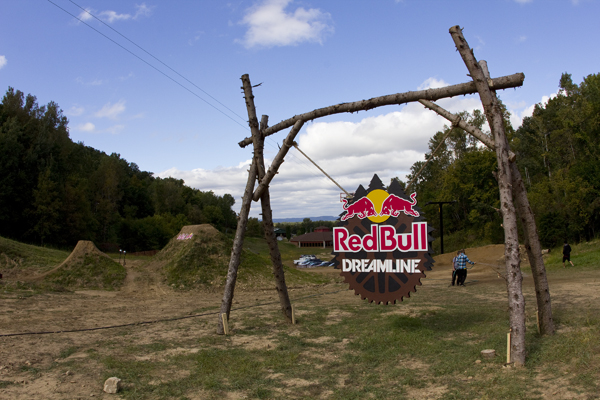 Red Bull‘s Dreamline officially kicked off yesterday in Wabasha, Minnesota (of all the places in the world…). Since it’s pretty much right in my backyard I cruised on down to shoot some photos from the event. I can’t begin to describe how amazing the course is and how psyched everyone riding is on the course. This is definitely the best “contest” I’ve ever been to.
Yesterday was qualifying and it ran in the form of two one hour jams with eight of the best trails riders in the world in each jam with the other 8 picking their top 4 riders from the heat. Here are the results of who made it into the finals that will be going down later today.

“Red Bull Dreamline invited 16 of the world’s best BMX dirt riders to Anthony Napolitan’s private training facility in Wabasha, Minnesota. A first of its kind, Red Bull Dreamline features an unrestricted trails-style course that sends riders to skies and back down again.

Earlier today, the qualifers pitted all 16 of the riders against each other. But only eight of them made it to the finals. Here’s a list of the finalists, in no particular order:

I started tearing into some 300 or so photos from yesterday that I will hopefully be able to get posted up at some point tomorrow. You guys will be more than psyched. Also, the footage that I’ve seen so far that Ryan Navazio captured is looking amazing. Edits and a Fuel TV special to follow in the next few weeks I presume.

I’m about to head back down to check out the finals. 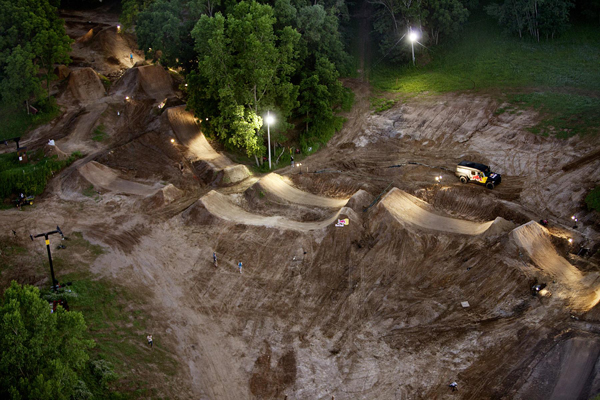 Well, here’s some news I’m real psyched about. The Red Bull “Dreamline” contest is going down later this month in Wabasha. I’m about 30 miles from this so I’m definitely getting pretty antsy about it. It sounds like I’ll also be able to shoot some photos so expect some coverage from it right here on The Union. Check out the official press release and video from a few weeks back below…

“September 1, 2011 – (Santa Monica, CA) – While ski resorts in the Midwest are not always known for producing thrilling downhill runs, all that is about to change when Red Bull Dream Line takes charge in Wabasha, Minnesota on September 21-24th. The slopes of the mountain have been converted into a dream downhill BMX dirt course, with 13 perfectly groomed hits made by riders for the riders.

Red Bull Dream Line project was conceived by BMX pro Anthony Napolitan as way to privately train and develop his tricks. Given six weeks and complete freedom to develop and groom the course to their liking, builders Adam Aloise and Dave King (who previously worked on Red Bull Elevation) began to shape Anthony’s private playground. In July he spent a week sessioning the jumps with just a few friends. The course proved to be so amazing he couldn’t keep it to himself, and devised the contest to invite 16 other pros to session and see what could be done on a course that includes a 35ft hit and a first-of-its-kind berm jump named “the shark fin.” Top names in the sport have already RSVP’d including Red Bull Stomping Ground winner Brandon Dosch, young star Dennis Enerson, and sport legends like Chris Doyle, Cory Nastazio and Brian Foster.

The format of the contest has been developed to benefit the riders. On Friday, September 23rd, sixteen riders will compete in two heats of eight. The eight athletes in the non-riding heat will judge their peers. The top eight will be moving on to Saturday’s Finals and will be judged by the eight non-qualifying riders from Friday. There will be a 45 minute jam session for each heat and will run at the time most ideal based on conditions that day. The weekend will culminate with a nighttime jam session.

While there is prize money up for grabs, the goal of the contest is take a step back and enjoy riding with freedom from timed runs and the pressure of live TV, on a course that had no rules or constraints. As Anthony Napolitan describes it, “We built this location to combine big trick jumps with a trails style course that we all grew up riding, to make it as fun as possible to ride. We had the same mind set when building out the contest, let’s just invite the best riders up to hang out, see what they can do on this course.”

The previous claim to fame for Wabasha was as the filming location for the movie “Grumpy Old Men.” Come September 24th, it will be home to the happiest riders on dirt.