It looks like Florent Soulas has been busy building a dialed mini ramp setup in his backyard lately. Here’s a fresh video of him breaking the new ramp in for Foundation. When has there ever been an edit featuring Florent that hasn’t been a MUST SEE? Hit that play button! You won’t be disappointed.

It looks like the Foundation guys have been busy building up their line for the new year. Check out this flipbook with all of their new products along with photos of Margann Lahaie, Clement Carpentier, Antony Lille, Rolland “Kapcho” Pellegrin and Florent Soulas to go along with this. Looks real good.

Ollie Rendle gets the hook up from Fit and Odyssey through Foundation BMX. Check out his newest edit loaded up with some real good riding!

Foundation have added Morgann Lahaie to their U.S team. Check out this rad welcome edit to bring the news!

“Morgann Lahaie is now part of the Foundation Bmx team and will be representing the brand in USA. Here is its welcome edit.
For a better viewing experience, please watch in HD and full screen mode. In order to avoid jittery playback, do not hesitate to fully load the video before playing it. Thanks.
Music:
“Kopeika” by et_” 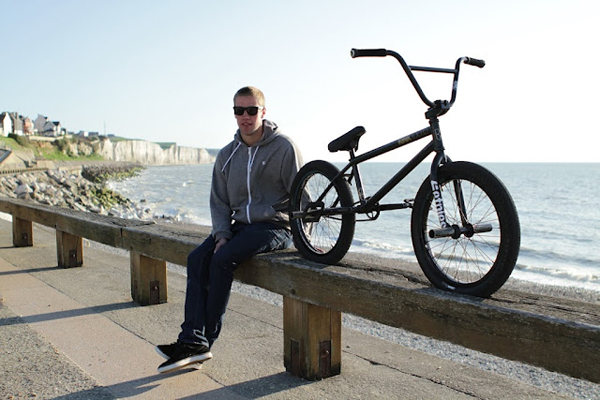 Head over to the Foundation website to check out Clement Carpentier’s new setup. I spy 4 prototype items that you will want to see.

Kink and Foundation rider through Unleaded in France, Roland Pellegrin, put in some work for his latest edit. Take a peek at what he was able to come up with.

Good luck saying this new Clement Carpentier edit for Foundation is anything short of awesome. Check it!

“During the quieter months of February it has become a custom of ours to hit the road in pursuit of whatever we ran ride and this years target was Hastings, one of the UK’s biggest scene’s which has been there and growing for years. Being the home too two of the UK’s biggest distro’s and the UK’s first rider owned and run store its got plenty to offer, check out the trip. Big thanks to Stew, Colin and Jon swell as Hennon at Seventies. Dean, Ian and Dan at 4down. Jon, Ben, Jamie and all the guys at IMG. And a big thanks to Rich and the guys at the Source!