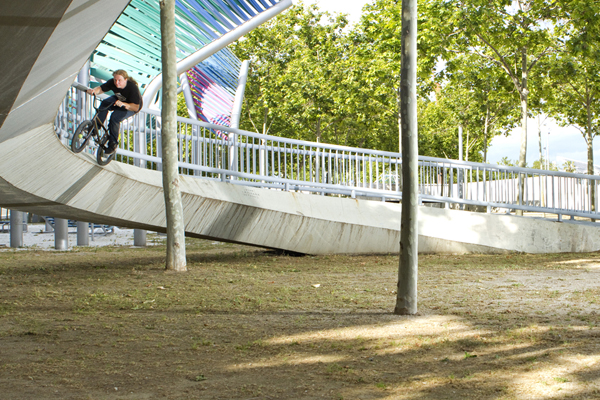 Joey Cobbs is one of those guys who has been around the BMX industry for years. In his time he’s travelled a lot of miles and has done his fair share of gnarly things on a bike. Over the course of the past few years, he’s shifted his focus from being a professional rider to being a professional photographer and even more recently, team manager. Joey is a perfect example of what everybody who rides BMX pretty much aspires to do with their life… Ride and then work in the business.
We figured it has been a while since we’ve done one of these Industry interviews, so why not hit up one of the busiest guys we could think of to find out a little bit more about him and check out some of his work? Check out what he had to say below then hit the photogallery for more photos!

If there’s one thing that really gets me stoked about doing The Union, it’s all the talented people I’m able to come across everyday. Adam Spitalny is one of those people who I came across recently. I was able to have a look at his portfolio and needless to say I was impressed by his work. There’s a lot of people who really don’t even think of the time and thought process going into pretty much everything these days. Visuals have always been a big part of BMX and as time goes on, it just keeps becoming even more refined and in-demand. Adam is a recent college graduate who not only rides, but is giving things a go as a freelance graphic designer. In his year out, he’s already managed to work with a handful of brands and produce some real quality work. I figured it would be a good idea to find out a little more about him and his work, so let’s check it out! 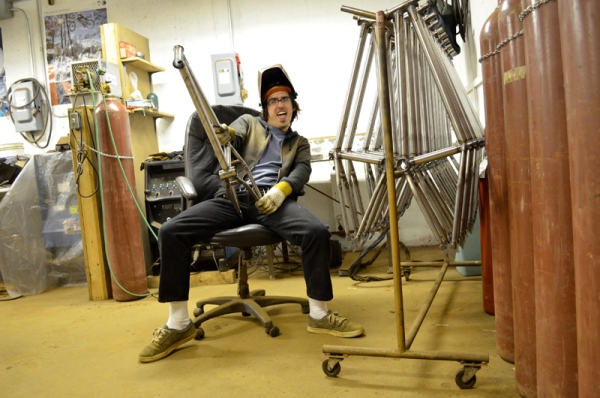 As many of you may know, a few months back Dave Harrison had made the decision to part ways with FBM to pursue some of his other personal goals. With that happening, FBM’s machine shop had to go through some big changes. “Big” Dave was more than just a welder – he helped build the machine shop from the ground up and was the face of the machine shop for many years. This isn’t an easy spot to fill, but FBM knew just who to go with. So we wanted to check in on things and find out more about the man running the welding show these days, Joby Springsteen. Let’s find out a little bit more about Joby, his job and how the transition has been going…

Jim C is a real good example of people in the industry who have worked their way up. Originally starting his career out with Kink as a sponsored rider in 1998 and then joining a few other sponsors over the next years like Odyssey as a professional. As time progressed, he became more and more familiar with how the industry ran, and then in 2005 an opportunity of a lifetime came about; brand manager for a new brand titled “Sunday“. Since then, Sunday has become a worldwide brand, its office has moved from New York to Austin, Texas and more responsibilities have come with the opportunity. I figured it would be a good time to find out a little bit about how Jim landed what many of us would call a dream job and to find out a little bit more about what exactly he does as a “Brand Manager”. Let’s take a look at what he had to say…

END_OF_DOCUMENT_TOKEN_TO_BE_REPLACED

Mark Flip… or Filipowicz is one name you have probably heard if you have been around BMX long enough. Mark is one of the owners of Albe’s and the new guy that’s handling the team manager role at Redline. He’s also one hell of a rider too. Flip is a real good example of somebody who makes and keeps the BMX business awesome so let’s find out a little bit more about his different roles in the business…

Name: Mark Filipowicz – Most know me as Flip
END_OF_DOCUMENT_TOKEN_TO_BE_REPLACED

When I think about people who have done a ton for BMX that work in the industry, one of the first names to come to mind is Fuzzy Hall. Tim is one of those very few people who can have anything thrown at them and turn it into something awesome. I don’t even want to know how long of a resume he has with roles from being a pro rider to team manager, shop owner, course designer, event coordinator and more. I’ve wanted to do this interview for a while, but needed to wait till the timing was right. Well, that time came and here it is. Anyone wanting to work in the industry should find this inspiring…

The past few Industry interviews I have done have been with guys who have been established in the business either as pro riders that took on jobs, or people who have been in a position for a while and know the ins and outs. I figured we could mix it up and get a look at the role of somebody fresh to the industry. Ryan Chadwick took over the role of Team Manager for The Shadow Conspiracy a few months ago and that’s about enough time to get settled in. I shot Ryan some questions about how he got into the job and what it has been like so far. Let’s take a look!

Name: Ryan Christopher Chadwick, but most everyone just calls me Chadwick
END_OF_DOCUMENT_TOKEN_TO_BE_REPLACED