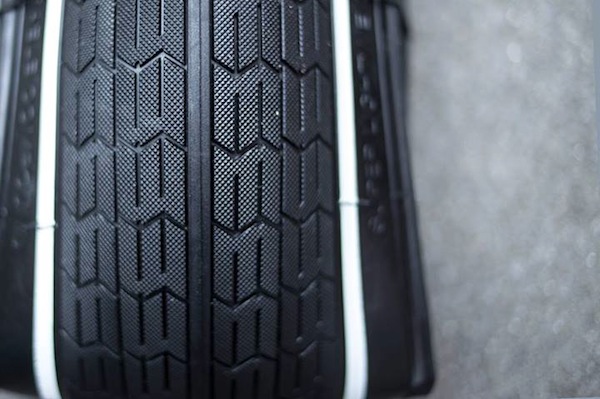 Spotted on the KHE Facebook, it looks like they are getting in some of their first samples to test. KHE’s past tires have been a huge hit with the park crowd, so I can only imagine these will catch on pretty quickly s well.

Nicholi Rogatkin explains the specific reasons behind the way that he designed his signature frame for KHE . After that we get to see him ride his personal dirt set up, where he fires out a quad whip and a front flip t-bog! Didn’t see that coming.

Alfredo Mancuso is back on the KHE team after being apart from them for a few years. This edit is both to welcome him back, and to show off their new Affix Rotor system. Mission accomplished on both fronts. 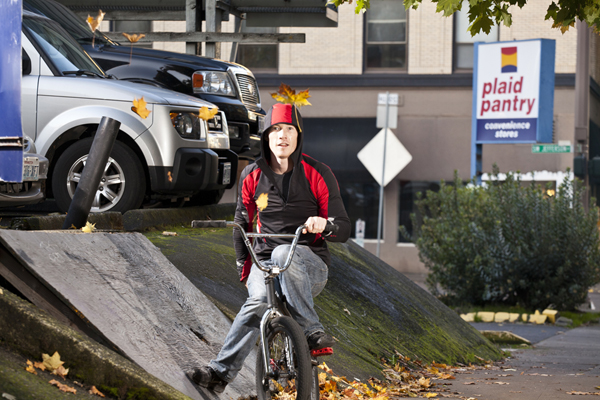 Some of my earliest memories of Bruce Crisman are from around 10 years ago when I first started seeing him in magazines, videos and at big contests like the X-Games. In fact, I’ve got an old Diamondback poster of him doing a 360 one-handed X-up at Woodward still hanging on the wall of the room I grew up in. Over all those years I’ve been a big fan of Bruce and it was always awesome seeing him progress from this killer contest rider into a freecoasting street machine.

Then a few years ago he kind of disappeared with rumors about his back keeping him off his bike. It was weird thinking that there’s a good chance I wouldn’t see fresh footage from him again.

That was until a few months ago when he started popping up in edits. Then it was announced that he had joined the 2Hip team and I knew he was really back on it. Last week his welcome edit dropped and people were blown away including myself. Shortly after I posted up the edit, I got an email from the legend himself thanking me for posting up the video. I was honestly blown away. I also knew there was no way I wasn’t getting an interview out of him to see what he was up to and what he has planned now that things are back on track for him. This is one interview I never thought I’d get to do. Let’s check it out! 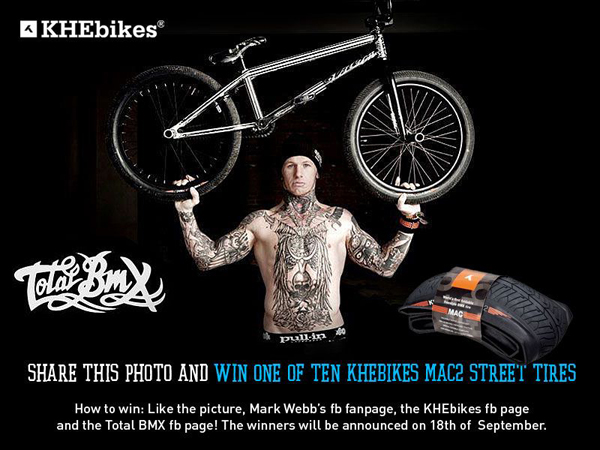 Need some new tires? Well, Total BMX, KHE and Mark Webb are giving a few tires away and it’s pretty easy to win. 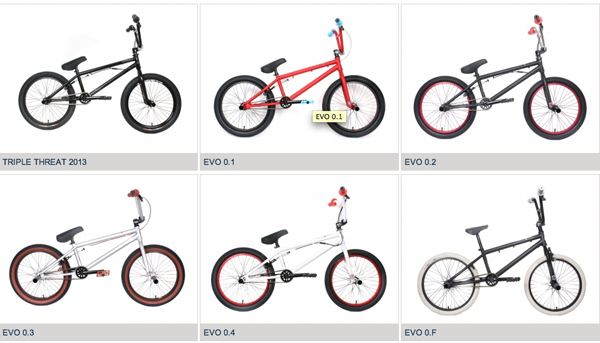 KHE have unveiled their 2013 complete bikes. Check out all 16 bikes by visiting their website. Definitely digging a few of those bikes. 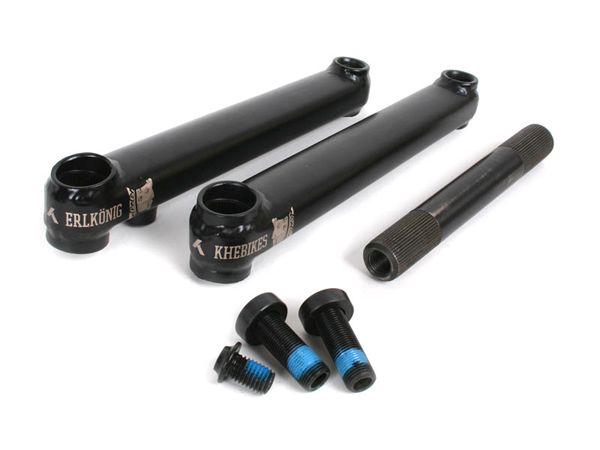 KHE sent through some information on their new Erlkönig cranks for you to take a look at.

“This three piece crankset combined the special Fluted (different wall thickness) CrMo Arms with an extreme reliable hollow CrMo axle. This axle contains a larger drilling for a larger decrease in weight without a decrease in strength.
The 48splined KHEbikes Erlkönig crank is available in two lengths 160mm (for Flatland) and 175mm (for Street Park and Dirt).
For further Information got to KHEbikes.com.

I don’t think anyone realizes how stoked I am that Bruce Crisman is back on the bike and killing it again! So good. Check out this fresh edit with him killing it along with a new contest that KHE are running where you have a chance to win one of TEN Reverse freecoasters they are giving away. Info below.

“Win one of ten KHEbikes Reverse (Bruce Crisman) Freecoaster with your BMX Street /Park video. The contest starts now, deadline is the 17th of August, plus a couple of days for “likes” and “views / clicks”, final end is the 4th of September. Bruce Crisman will help to pick the winner videos.
Instructions:
1. Download a KHEbikes and a Reverse logo from khebikes.com and show the Khebikes/Reverse logo three seconds at the beginning of your video. 2. Show your name and perform two fakie tricks at the beginning and at the end of the video. 3. Video lenght: 1-2 minutes 4. Upload your edition on YouTube.com or Vimeo.com 5. Send us your video link via email with a “Reverse video contest” subject to: info@khebikes.com 6. Become a KHEbikes Facebook friend and “like” the page”