Milwaukee’s scene is definitely one of the best in the midwest. A bunch of the guys got together at the ditch for a jam session. Check out footage from Grant Castelluzzo, Dan Kruk, Mike Hinkens and more. Wish I would have made it to that one. 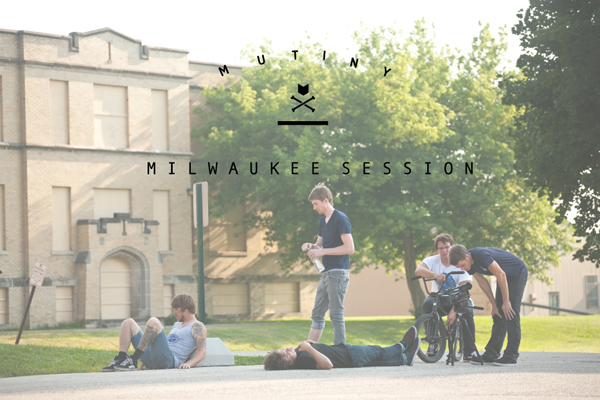 Mutiny had George Boyd and Mikey Luplow fly up to Milwaukee for a weekend with Brandon Hoerres and Grant Castelluzzo. There’s the damn good edit from what they accomplished over on Defgrip. After you watch the edit hit up the photogallery from Greg Dickson.

“Definitely Not Nothing is a new web video series that is entirely shot on a GoPro. Pretty much none of this was taken seriously while we were filming.

Definitely Not Nothing series are for showcasing the hilarious moments that happen during riding and the awesome nib jib spots that Milwaukee has to offer.

This footage is about 4 months old, from the first 3 sessions of the year. DNN volume 02 will drop in less time than it took for the first one to come out.” – Logan Reynolds / The Level Below 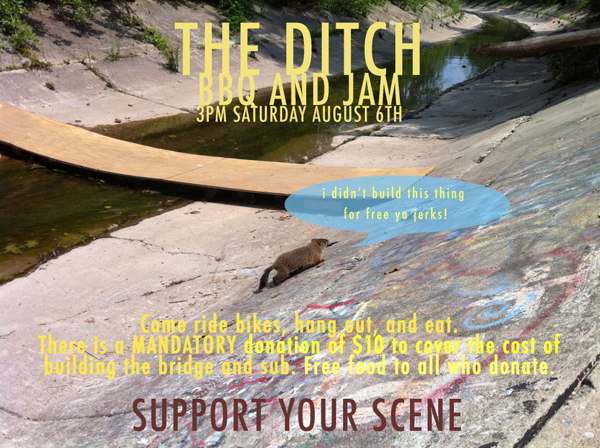 “The Ditch is an ancient spot in the Milwaukee scene and soon it will be host to a BBQ and Jam. Unlike other places, our ditches are NEVER dry so if we wish to ride hips and all sorts of cool stuff, we have to deal with the water flow. In the last 10 years, numerous bridges have been built with varied results. This incarnation of the bridge is the smoothest yet and I am hoping my hard work on it and the sub-box will stay in place for a while. I am hoping people will come out and show some support for an awesome but expensive endeavor.” – Mike Hinkens