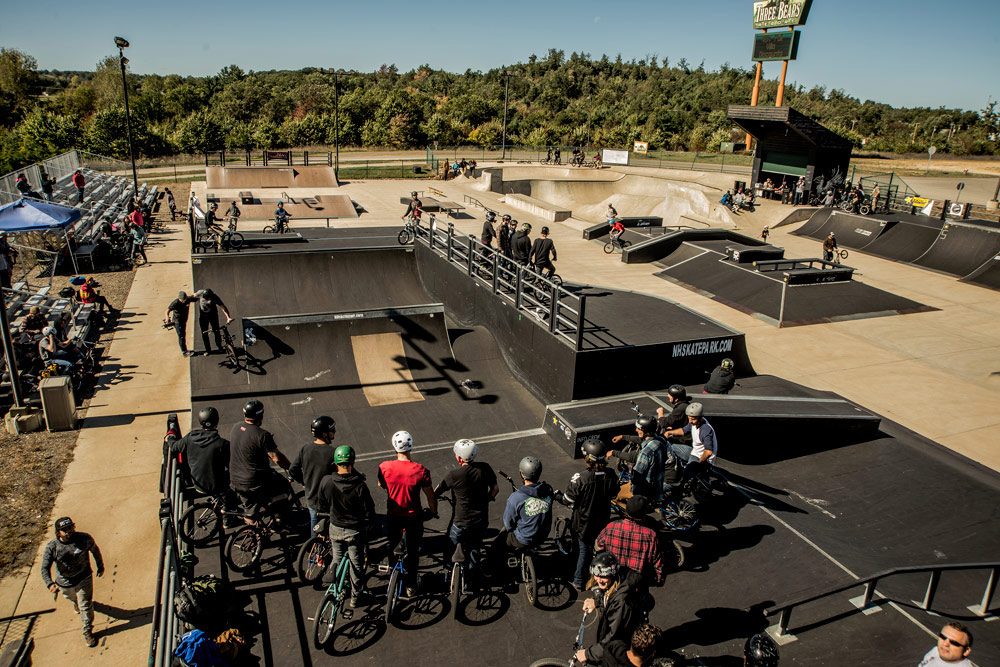 All photos by Josh Olszowka

The Neighborhood Skatepark. The middle of Wisconsin at Yogi Bear’s home Jellystone Campground in Warrens, Wisconsin.

Check out the Baco-A-Go-Go 2015 Crash Compilation

When the Baco crew throw a contest, you can count on a number of things like crazy riding, good people, good times and probably some fire, male nudity and chaos.
The crew made their voyage back to the Neighborhood Skatepark in Warrens, Wisconsin at Jellystone Campground for another round over the weekend and riders from all over the Midwest (and even Portland, Oregon) joined in for the good times.
There was A LOT to see on and off the bikes and there’s no denying that everyone who made the trip out for the jam had a damn good time.
Between the Box Jump contest, Pro contest, Glenn Salyers Best Trick and the Front Brake Brethren Jam, we ended up with a bunch of footage. Instead of making some sort of fancy edit with non-riding footage, scenic shots and some of the extras that might make a BMX video look real good, we decided to cut to the chase and drop a video with banger after banger after banger of riding. Hit play and see just what went down!

Filmed and edited by Kurt Hohberger