Still haven’t got your Texas Toast Jam fix yet? Here’s a little more footage from the dirt finals that Can You Dig It dropped! Hell yeah it’s good!

Filmed and edited by Geo Jenkins

I could have swore I posted this the other day, but I guess I blew it! Check out this PHENOMENAL recap of the Texas Toast Jam that DIG dropped! Even if you have seen all the other footage and photos, this is one you NEED to watch.

“Texas Toast 2013 was a blast! So many aspects of the contest culminated to make one incredible weekend, including a Gauntlet Of Death, awesome street course, a classic dirt setup and a ton of fun mini events. We were there catching what went down as well as asking Chester Blacksmith, Brian Foster, Steve Crandall, Simone Barraco, Trey Jones, Stevie Churchill, Sean Burns, Leland Thurman and Fids what their weirdest experience of the whole weekend was – needless to say we got some pretty different answers!

This year Dean Dickinson took over the reins of organizing Toast from Taj Mihelich, who had previously run the event but still remains a vital part of the team. He summed things up pretty well – “Have as much fun as you possibly can without getting hurt or going to jail.” Ryan Corrigan headed up the ramp building, along with Jeremy Hrabal, and the dirt taken care of by the Credence dudes, Clint Reynolds, James P. Nutter, Matty Aquizap, and Will Blount. Well done guys, you did an awesome job!” – DIG 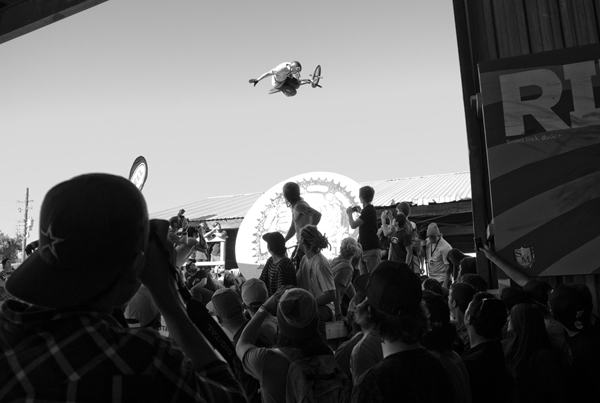 Over the weekend, the 3rd annual Texas Toast Jam invaded Austin, Texas. Riders from all around the world made the voyage to this BMX mecca with nothing but good times in sight. Between the actual contests, the after parties all of the amazing people who were in town for the weekend and the weather holding out, the weekend was the perfect example of what BMX is all about — having fun.
After missing out the past two years, I decided there was no way in hell that I could possibly miss this one. I finally had things line up and I was able to make my first trip to Austin happen, and it was one of the best experiences I could have had.
I’m sure over the past few days you have seen a ton of coverage from the videos and photos that have surfaced. I quickly decided once I saw 20+ cameras out at all times, that I was going to make this trip a vacation and not about work. I took the slacker route and took my time to get my photos together instead of rushing to be the first one with coverage from the event.
After sifting through the 350+ photos I had on my memory card, I was able to narrow it down to 34 of my favorite photos I shot from the weekend where I compiled them into a photogallery for your viewing pleasure. Let’s take a peek!

Dalton Campbell is busy cooking up a video from the Texas Toast Jam that is bound to be a kickass overview of the whole event. This teaser gives you a quick look at what’s to come. Definitely stoked to see the final video!

Still haven’t got your Texas Toast Jam fix!? That’s good because here’s another video from Dirt Finals for you to enjoy! So many bangers. Hands down one of the best dirt contests I’ve ever been to!

I don’t want to say this video doesn’t do justice, but I feel like you really don’t understand how insanely hard the Gauntlet of Death was this year. Gary probably tried to get it done 15+ times and only 3 or 4 guys actually got to the curved wall to curved wall. Either way, this video shows you him taking the course like a champ and getting it done. I even managed to become an obstacle at the end when I became the air bag for him to slow down, haha. Excellent. Hell yeah, Gary!

“Gary Young’s versatile riding style lent itself well to The Gauntlet of Death at this years Texas Toast. Everyone was getting sent on that last wall-to-wall, but Gary came through with the goods.“ 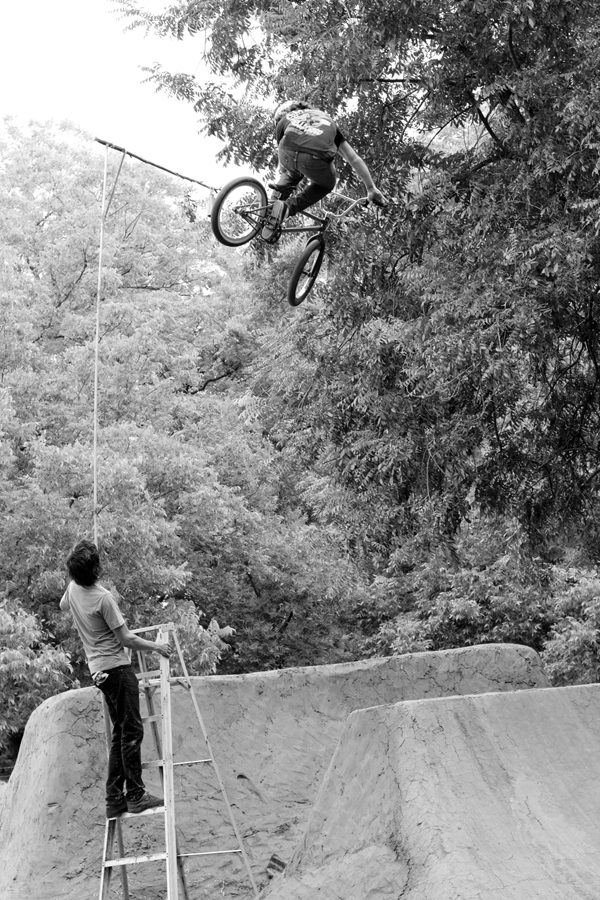 Giving the bell a ring during the Credence jam!