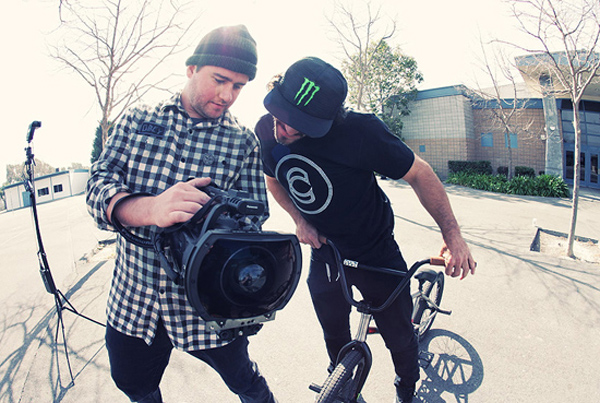 Will Stroud talks a little bit about The Hunt in this new Defgrip Q&A. Excited to see what comes from, that video contest.

The Hunt have an excessively easy giveaway going on, on their site. Get over there and find out how to win a mini fridge from Monster, Odyssey Mike Aitken parts package and a $100 gift card from Vans! Contest ends tomorrow (Thursday) so move quick.

About two weeks ago, The Hunt was announced to the world. This new video contest, similar to the Aspire videos from back in the day, comes with a hefty prize of $5,000 cash to the winner. After reading the interview on Defgrip, I still had some questions about the new project headed by Justin Kosman. I got ahold of him and shot a few questions his way to fill in the questions I felt were unanswered. Let’s see what he had to say…
END_OF_DOCUMENT_TOKEN_TO_BE_REPLACED

The last few days I’ve been wondering who was going to be invited to The Hunt. They announced Will Stroud as the head judge and now the first round of invites have been announced. You can check out the list here. I’m psyched to see a few of my suggestions made the list.

Today, The Hunt was announced. What the hell is The Hunt? Well, it’s a new project from the mind of Justin Kosman with the help of Odyssey, Vans and Monster to motivate some of the best filmers in the world to produce one hell of a video.

The site dropped today with an almost secretive approach to what’s going on. The Mission statement on the site is the only real clue as to what’s going on. The only thing I can think of in the past that is similar to this, is the old Aspire video contests, and even then the money and invite wasn’t there. Check out the mission statement from the site..
“The Hunt is the new arena for independent BMX productions. With nearly $10,000 in cash and prizes, it’s a project that our sponsors believe in. We also believe that all riders should have a say in who wins – that’s why after the field is narrowed down to twenty semi-finalists, the fate of the DVD will be left in the hands of the people. Not all videos should die a quick death on the internet, that’s why releasing the top ten video parts on a limited edition DVD. The contest is open to an invited number of filmers and riders from around the world. If you feel like you have a shot at this and haven’t been invited, please e-mail a link to a sample vid or the idea for your video part to hello@thehuntbmx.com. Otherwise, you’ll be hearing from us.”

The $10,000 prize break down can be found by hitting this LINK. There’s a long list of filmers that popped up as to who could have been invited, but I really couldn’t say who is for sure in or out. There’s also probably going to be 500 people submitting to get involved.

There is also an interview with Justin on Defgrip about what The Hunt is all about.

All the information that’s available about The Hunt can be found at TheHuntBMX.com with more clues coming in from their twitter @TheHuntBMX.

I’m looking forward to seeing where this goes because it can only go well. Expect more when there’s more to be found.