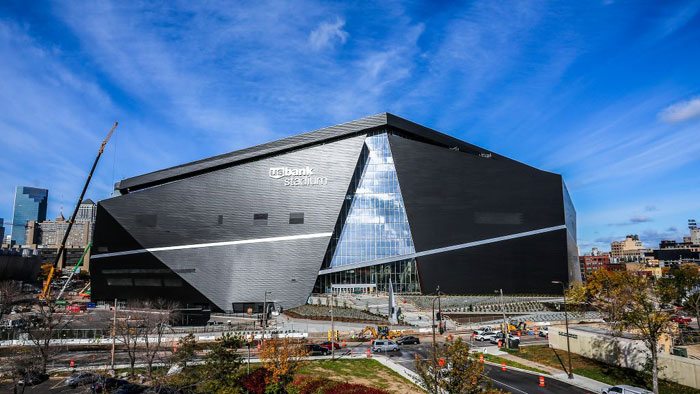 X Games Minneapolis? Over the past few weeks, there has been a good amount of speculation on just where the X Games would call home in the future after finishing its time in Austin, Texas, where the event called home for the past few years. There have been rumors of serious contenders like Detroit — which was a close contender with Austin when the event was seeking a new home after deciding to step away from its long term base of Los Angeles, California after 11 years — Denver, New York, Chicago, Portland and a few others like Ft. Lauderdale, Charlotte and more that also tossed their hats into the ring that, from out perspective, didn’t stand out as much. There was talk that the X Games were looking at Minneapolis, Minnesota last week when the KARE 11 News ran a story stating that it was definitely on the list of possibilities, which we are assuming was mainly due to the brand new U.S Bank Stadium that the NFL’s Minnesota Vikings will be calling home starting this year that will be having its grand opening this coming Friday. The Minneapolis City Council put in a lot of work to get the X Games attention as well, which was another indicator that it was a serious contender.

Being from Minnesota it was exciting to know that they were considering Minneapolis as a contender, but the less optimistic side came out when considering how many times big events, like the Dew Tour for example, had chosen other cities on that list of possible homes for one of action sports largest and most recognizable events in the world. It wasn’t something I personally was going to get my hopes up for, even though that short drive to the event instead of hopping planes and staying in hotels to attend the event would be a huge perk.

That was until it was officially announced just moments ago that the X Games have in fact picked Minneapolis, Minnesota as their new home for 2017 and 2018 with the brand new U.S Bank Stadium being the epicenter, taking in some of BMX, skate and freestlye Moto X’s best riders in the world all competing for the top spot in their respected events, along with some major names popping up on the music stage for shows throughout the event!

You can learn more about the news by checking out X Games’ official news release here: X GAMES MOVES TO MINNEAPOLIS

Although Minneapolis isn’t known for its beaches and glam like California or scorching summer heat and BBQ like Texas, it has plenty to offer for this event and it’s safe to say the X Games will fully understand just what “Minnesota Nice” is all about starting next summer! 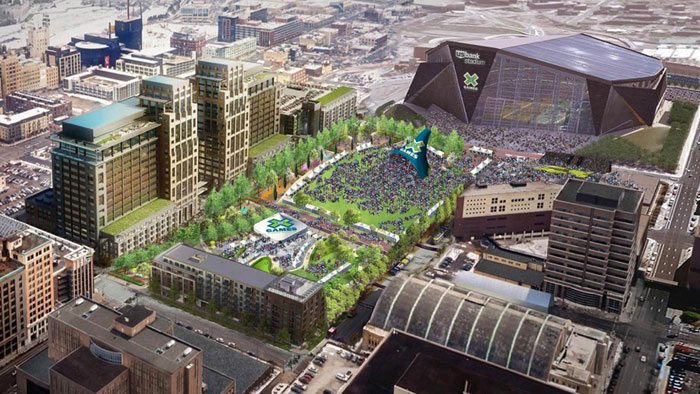 “ESPN Selects Minneapolis, Minnesota, to Host X Games in the U.S.
Minnesota Sports Facility Authority, U.S. Bank Stadium, Meet Minneapolis and ESPN to Collaborate on Summer Events for Two Years; 2017 & 2018 Event Dates Announced. ESPN, the leading action sports content provider and creator of the X Games, has chosen Minneapolis, Minnesota, as the next U.S. host city for the X Games. Minneapolis will host an X Games summer
event for the next two years at the new, state-of-the-art U.S. Bank Stadium in downtown Minneapolis. The events will take place July 13 – 16, 2017 and July 19 – 22, 2018. The selection follows a highly competitive bidding process in which Minneapolis ultimately edged out multiple cities bidding to host the X Games summer event for 2017 and 2018.

“We are thrilled to bring the X Games to Minneapolis next July,” said Tim Reed, vice president, ESPN X Games. “We believe that teaming up with the City of Minneapolis, Minnesota Sports Facility Authority (MSFA), SMG and Meet Minneapolis and the truly impressive new, state-of-the-art U.S. Bank Stadium will provide an extraordinary opportunity to grow the X Games in a new region of the country and in a city that’s quickly becoming recognized as a premier sports and entertainment destination. It was a very competitive bid process and we feel privileged to have had such great interest and thank the multiple cities that participated in the process. Ultimately, the combination of resources, support, fit and passion from the Minneapolis team brought us here and we couldn’t be happier.”

“We are very excited that the X Games will be the first large scale event in the stadium,” added Michele Kelm-Helgen, chair of the Minnesota Sports Facility Authority. “The X Games will be in Minnesota for 2017 & 2018. We intend to put on such a great event that we hope they consider making U.S. Bank Stadium their permanent home.”

“Minneapolis has quite a few major events coming to town, but the X Games stands out because of its great energy and appeal to action sports fans,” said Minneapolis City Council President Barbara Johnson. “As the area around the new stadium has transformed, the X Games will transform it even further into a hub of excitement creativity and fun.”

City Council Member Jacob Frey, whose ward includes U.S. Bank Stadium, added, “The X Games bring nearly unparalleled media attention to highlight our city. We’re hip and we know it, but not everyone does. That’s now going to change. As Sports Minneapolis chair, I’m absolutely pumped and could not be prouder of our team.”

“Minneapolis is thrilled to be welcoming the X Games in 2017 and 2018,” Melvin Tennant, president and CEO of Meet Minneapolis said. “The Games will showcase our creativity, energy, and passion for action sports, and U.S. Bank Stadium and the Downtown East Commons give us an unbeatable venue in the heart of the city. Bringing major events to town can’t happen without cooperation from many partners, and our city has developed a strong relationship with ESPN through this process. We can’t wait to welcome athletes, fans, and media to the X Games in Minneapolis next summer.”

The full schedule of X Games Minneapolis 2017 events will be announced in the near future. It is anticipated that X Games Minneapolis will see the majority of the competition hosted at U.S. Bank Stadium, at both the indoor stadium and the adjacent Medtronic Plaza and Downtown East Commons. This will be the first multi-day sporting event held at U.S. Bank Stadium. Like other events on the X Games schedule, X Games Minneapolis will be distinct and reflect the vibrant and youthful culture of the city, tapping into its rich sports, music and cultural scene to surround the competition with a festival that highlights the intersection of sports and lifestyle that exists in action sports.” – ESPN