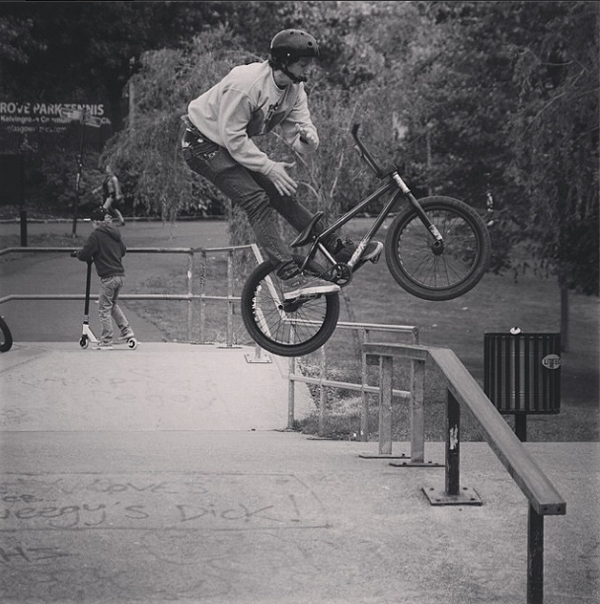 By now, there is no doubt that you have heard of Alex Donnachie and there’s an even better chance that you have become a fan of his riding from the Nearly DVD’s to all of those amazing BSD edits that were nothing short of phenomenal. We’ve been big fans of Alex for a while now and with his new signature frame from BSD coming along soon, we couldn’t hold out not getting ahold of him to find out more about him! Check out this fresh interview to find out what’s new with him and what he has coming in the future!

How’s it going, Alex? I’d imagine the weather over there has started to get pretty wet over there by now, huh?
I’m good thanks, yeah it’s gettin pretty cold and wet now.

What was it that first got you hooked on BMX? Any early memories come to mind?
Erm I’m not sure, ever since I learned to ride a bike when I was 5. I have always loved being on a bike since.

How’s things going with BSD? Seems like you always have a ton going on with them.
Yeah, everything is amazing! There’s always something happening. Right now Liam Zingbergs is over from Australia stayin in Glasgow, so I’ve been riding with him the past few days. Dan Paley was up too, so it was a fun week!

Can you tell us a little bit about that new ALVX signature frame of yours? Seems like a lot of people are hyped for it to drop.
Yeah, what makes this frame different from the rest is the short rear end. I’ve been running it most of this year and I couldn’t be happier with it. The short rear end just makes sense for my type of riding, it just helps makes things a little easier. 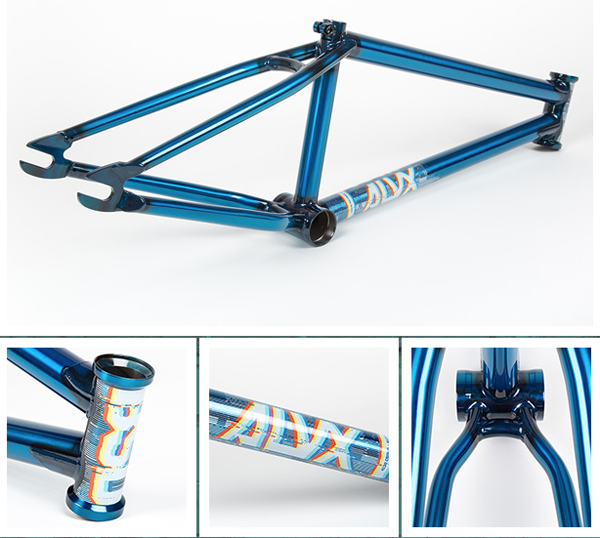 Your signature Donnasqueek tires have been out for a little while now. How crazy is it for you to show up at a session somewhere and see people running something with your name on it?
Haha, it’s a good feeling. It’s always good to see kids running BSD stuff!

Do you have any other signature products cooking with Grant you can tell us about?
Nah, but I just put on Dan Paley’s new signature grip and they are so good.

How are things going with Twenty20? Do you have any new projects cooking you can tell us about with them? That video you put out from Israel with Rich Forne was so good.
Thanks, haha. Nah, no plans at the moment. We will hopefully make another video sometime next year.

What’s new with Vans? Anything going on there you can tell us about?
I went to Berlin to stay with Rich Forne last month so there will be a little video from that trip for Vans coming out soon!

Psyched to see that. Speaking of videos, you have had a handful of super good videos drop over the last year or so. Other than the Vans edit, are you working on anything new that you can tell us about? Any chance there will be another Nearly DVD coming through in the future?
Yeah, I’m so busy just now with videos. I am about to start filming for a frame promo video over the next few weeks which will be out in December, and pretty much the whole year I have spent filming Nearly 4. We have done quite a few trips already and I hope to do a couple more to finish the video off.

You have done a ton of traveling over the past two years. It seems like every time you have a new video drop, it’s from a new country. What are some of your favorite parts about traveling? What about your least favorite parts?
I love seeing new places and new spots to ride. I’m not a big fan of flying, haha.

Where are a few of your favorite places you have had the chance to go?
Israel is the best place I’ve been. It’s such a cool place and I can’t wait to go back. Also, Cyprus was a sick place! It has a great small BMX scene. 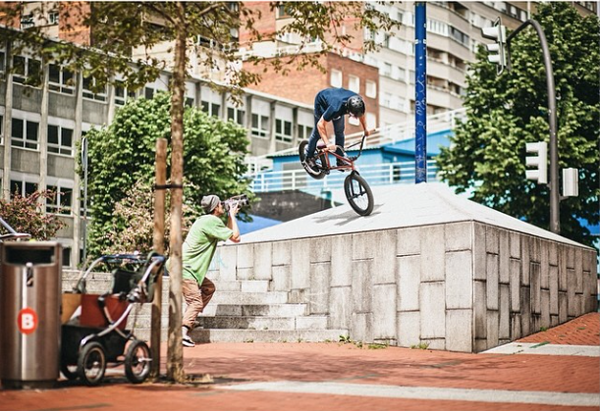 Anywhere in particular you haven’t been but hope to get to soon?
My dream place I’ve always wanted to go to is Hawaii and that almost happened this year, but didn’t. Maybe it will next year who knows! Also, I I would love to go to Australia and hit the Gold Coast Compound.

Let’s say you get a fat budget to take any 3 riders, one filmer and one photographer anywhere in the world for a week to film. Who do you bring, where do you go and why?
It would be Dan Paley, David Grant and Kriss Kyle with Dave Sowerby filming and Vincent Perraud on photos. We would do a road trip driving around France in the summer.

Where have you been getting most of your sessions in lately? I’d imagine you will be spending some time at Unit 23 this winter, huh?
I have mostly been riding street as the skateparks are too full of scooter kids. Thankfully the weather has been quite good so I haven’t been indoors much yet, but over the winter the Unit 23 sessions are always the best

What have you been getting into off the bike? Any new hobbies, jobs, school or anything like that filling your time?
Most of my spare time is spent watching videos haha

What’s one song you have been really into lately?
Alex Kennedy’s “Talk Is Cheap” leftovers web video song

What’s something about yourself that might surprise people?
I eat my 5 a day now. 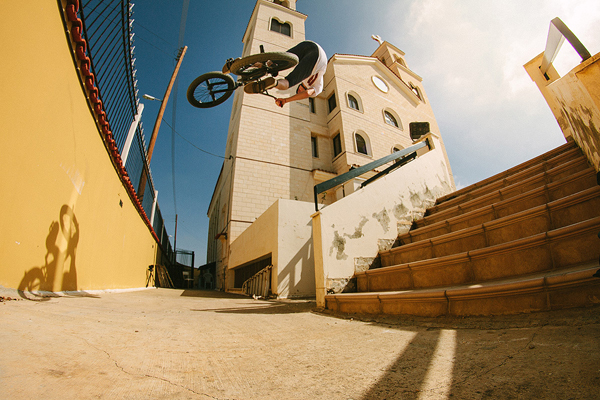 Who or what are some of the biggest motivators for you?
AK and Dan Lacey are the biggest inspirations for my riding, and also David Grant and Paley, they changed the way I look at stuff.

If you could live like anyone else in the world for a day. Who would it be and why?
Haha, Garrett Reynolds, just to see what it’s like having so much bike control like that, haha!

Where do you hope to be in 5 years?
Doing the same as I am now, I hope.

How can people keep up with you these days?
I use Facebook sometimes hardly ever, but I use Instagram the most. @Alex_Donnachie

Do you have any shout outs or thanks?
Thanks to GSmith for everything at BSD Forever, Mad Jon at Vans for the shoes and Mingo at 20twentystore!

Anything else you want to say?
BSDforever

BSD – Alex D – Summer in the City from BSD on Vimeo.