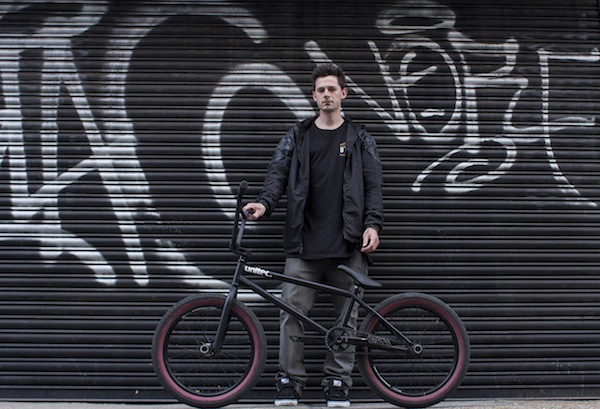 All photos by Tonash Goodyear.

Dan Kijewski, or “Boiski” as he is known by most, is arguably one of the most underrated raw street riders to come out of the UK in recent years. Dan has been on a bit of a roll recently, coming off the back of his recent interview in Ride UK he has been travelling a fair bit and killing it wherever he goes on his bike. I caught up with Dan find out what he has been up to so far this year and what plans he has cooking for 2013. Boiski has always had a super dialled bike, and his latest United ride kitted out with Animal components is no different, so we thought we would take a moment to check it out in all it’s glory. Lets do this! 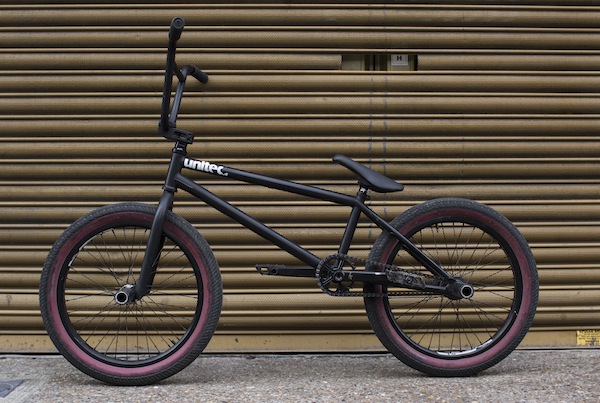 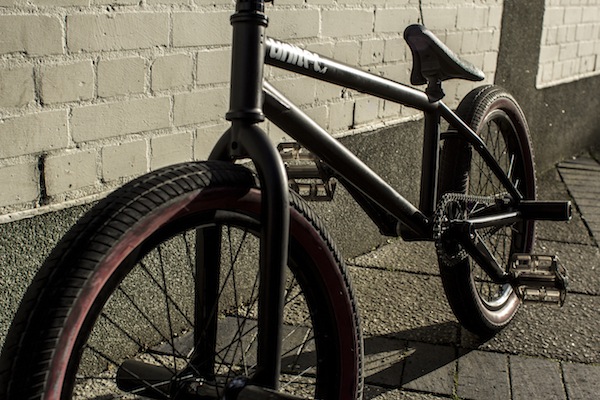 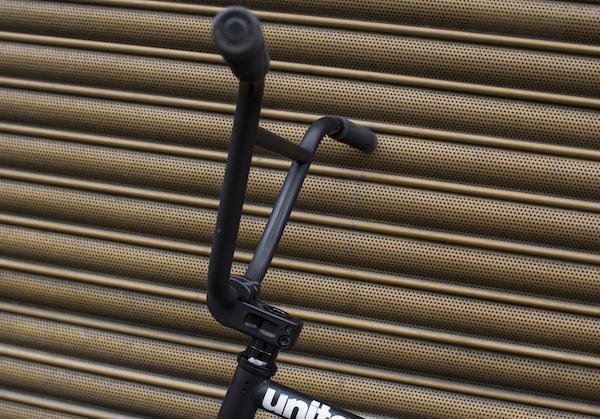 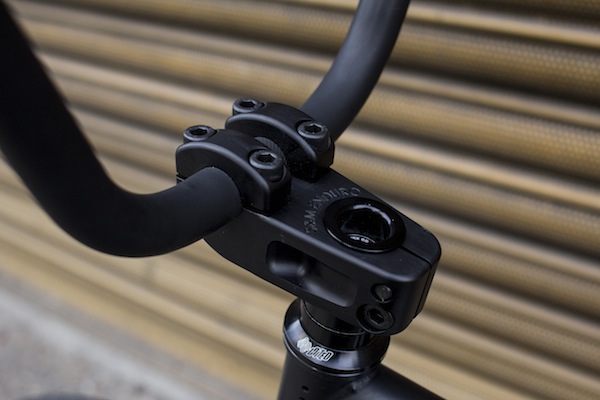 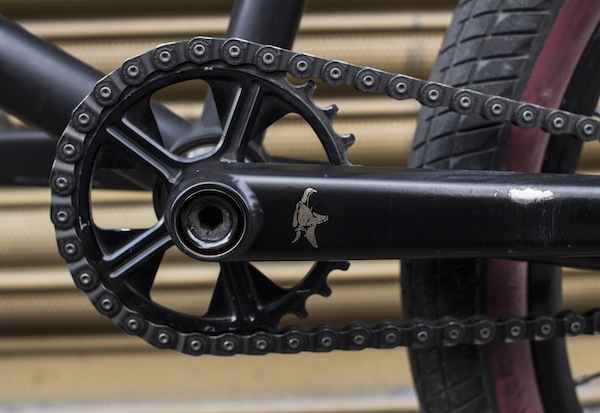 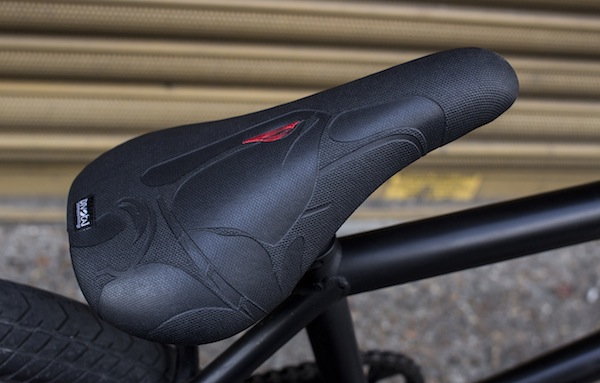 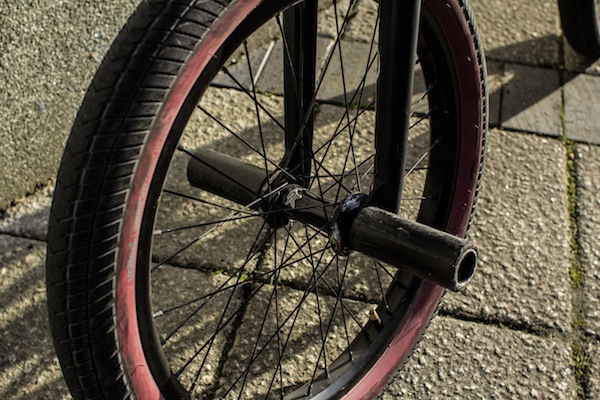 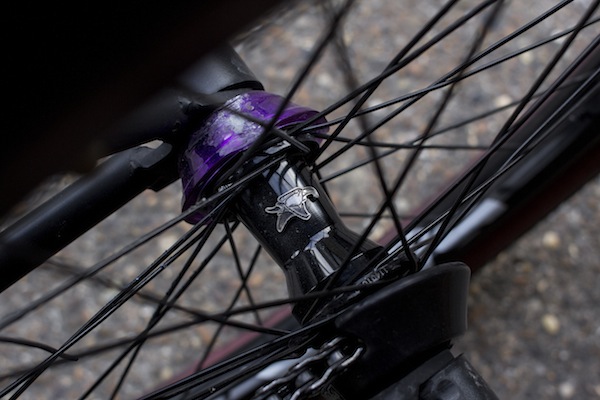 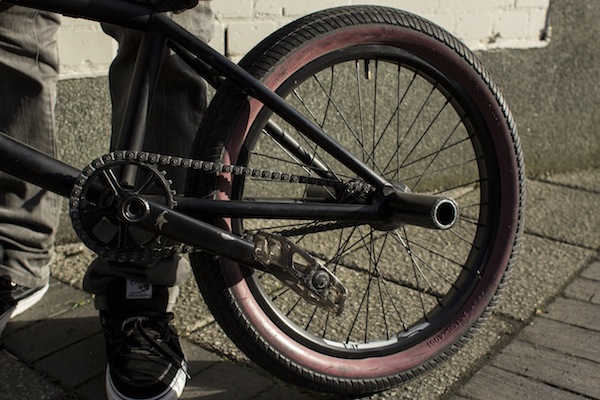 What’s the newest part on your bike?
Bars and Stem.

What’s the oldest part on your bike?
Sprocket I think.

What do you go through the most?
Grips & Spokes. 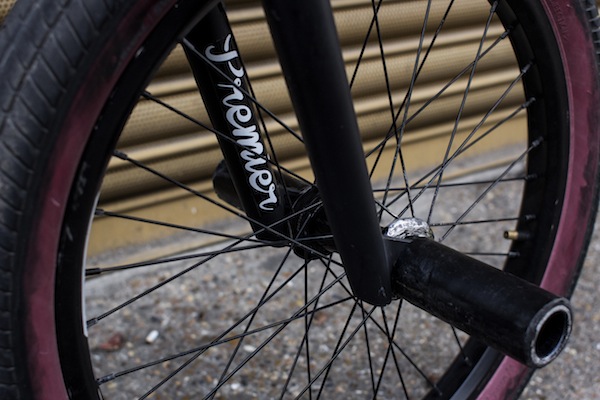 What are you most paranoid of breaking?
Probably forks. I try not to have them longer than a year.

Do you have a particular way you have to have your bike setup for it to feel right?
It just has to be long and the front end as high as possible then it feels good!

So how has 2013 been treating you, what have you been up to recently?
Um just dodging the weather really. I recently went to Spain, but it ended up raining pretty much the whole time we were there. It was still good to get away.

I know the winter in the UK has been pretty harsh and it’s been pretty hard to get riding time in. Where have you been riding over the past few months, any favourite new spots?
Yeah, this winters been real bad. It has been pretty tough to stay motivated really but I have managed to get out quite a bit. Just searching for new spots mainly.

You recently got a big interview in Ride UK, along with a banger edit to go with it. You must be real stoked How long did it take to put the whole thing together?
Yeah real happy with how it all came out. We definitely put the hours in. The whole thing took about 6 months in total but it was really just the last two or three that we really started taking it a bit more seriously. I have to give a massive shout out to Robin Pearson for shooting it and for taking the time to come out searching in the cold, I don’t know to many other photographers that would have done that. 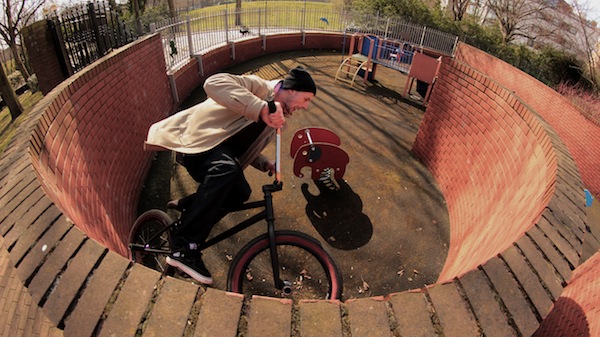 Have you been filming else lately?
Yeah I’ve been filming a lot actually trying to stack up some footage for a little something we’re working on that should be out at the end of the year.

You’ve been riding for Premier BMX store since it first opened in 2011. Care to explain a bit about the shop and how you got on board with riding for them?
Well, Ben (Green) had been talking about it for a while an I guess he felt like it was the right time to go for it. They only stock the good brands, trying to educate the kids/scene that they need to support rider owned companies and not all this cooperate bullshit and yeah riding for them was a no brainer.

What do you have in store for the rest of 2013, any trips or travel plans in the works?
I’m off on Ride to Glory in a few weeks which should be good then just back to filming really, haven’t really got anything else planned yet, think I’m just gunna stay here for the summer as there’s not too much point going away while the weathers good. Once it starts to turn I’ll probably try an get out of here for a bit.

Do you have any shout outs or thanks?
Definitely like to thank Ian, Dean and everyone at 4Down for always sorting me out and Premier BMX Store (Everyone should go buy their stuff from there and support rider owned shops)

Anything else you want to say?
Support rider owned companies.