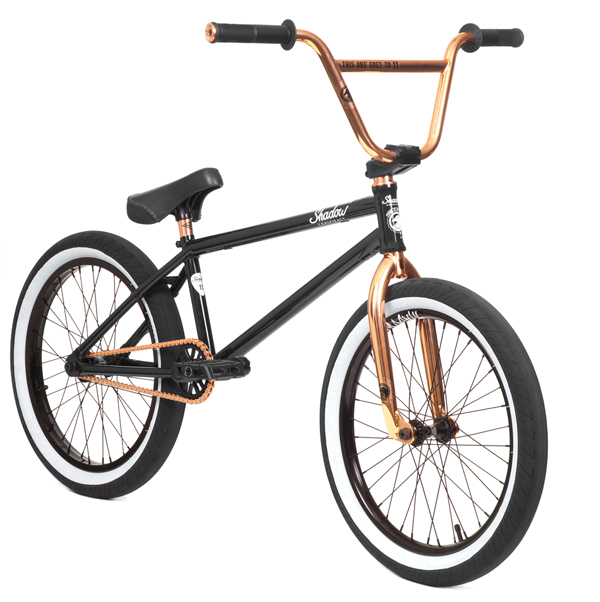 This past year, The Shadow Conspiracy celebrated their 10 year anniversary. They did things big by having their entire team out for the Banned Jam and threw a massive party along with that… But how to you celebrate 11 years? That’s where the Turn It Up to 11 limited edition bike came into the picture. Over the years, Shadow has grown and developed their products line to cover every part on your bike. We’re not talking about some cheap knock off stuff either, we’re talking about the good stuff… Things like the Interlock chain that has changed BMX for the better.

Shadow figured it would be rad to put together a complete bike decked out with all their top end aftermarket parts (and even a few limited to this bike alone!) on a custom Subrosa Noster frame creating one hell of a masterpiece that shows off just what they’re producing after all these years of hard work.

We’ve seen photos of the Turn It Up To 11 bike floating around for a little while now, but really nothing super in-depth as to what it has on it. I’ve been wanting to find out more about the bike for a bit now, so I decided to get ahold of the guys over at Shadow to get a closer look at just what makes this bike special just in time for its release. Let’s get into it! 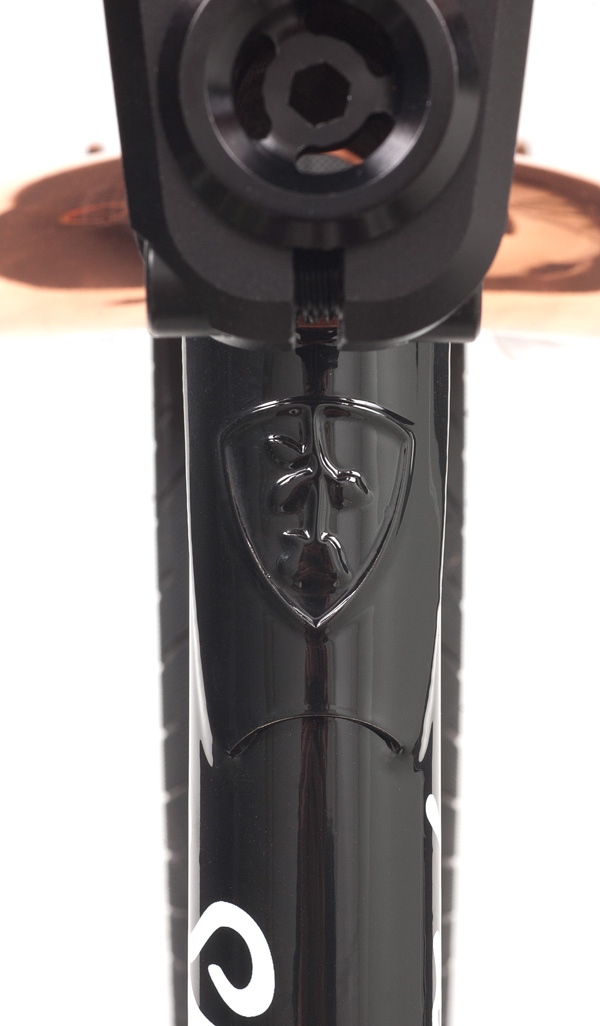 So let’s take a look at what this bike is made of. Starting things off, Shadow had a customized version of Simone Barraco’s signature Noster frame from Subrosa made. The frame is made with full 4130 chromoly and has a 75-degree head tube angle, 71-degree seat tube angle, 11.6″ bottom bracket height, 9″ stand over height and a 13.6″ – 14.125″ chainstay length. You can find features a like a heat-treated head tube, straight gauge top and down tubes, gussets on the top and down tubes, a double-butted seat tube, a heat-treated mid bottom bracket, straight gauge seat stays, curved stay bridges with the custom Shadow bridge plate, 5mm thick heat-treated drop outs and removable brake mounts. 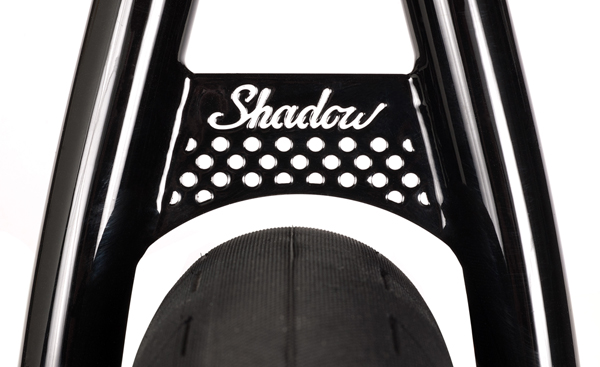 The Turn It Up To 11 bike is completely decked out with Shadow aftermarket parts outside of the frame. You can find the Captive fork in copper (available separate from bike), which has the unique ability to switch between 26mm and 32mm offsets, the Vultus 8.5″ bars in copper (available separate from bike), Lahsaan Kobza’s signature Chula grips, Deadbolt bar ends, Corvous integrated headset and the Ravager top load stem up front.

Down below you have the Seth Kimbrough signature Noctis cranks, Corvous mid bottom bracket, Crow sporcket, a copper Interlock V2. half-link chain (available separate from bike) and the Ravager plastic pedals. Back up top you can find a custom one-piece Solus Mid seat and seat post combo held in place with the integrated clamp. 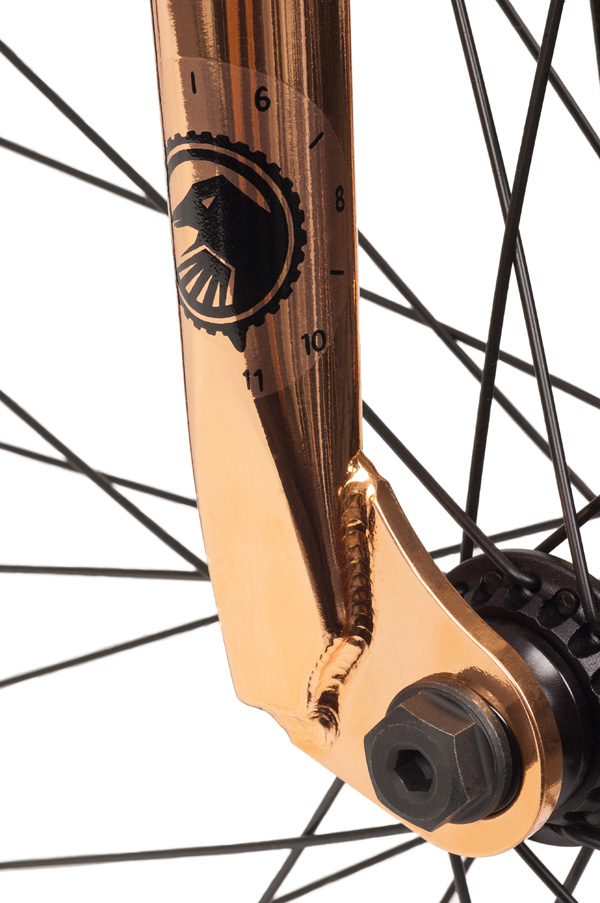 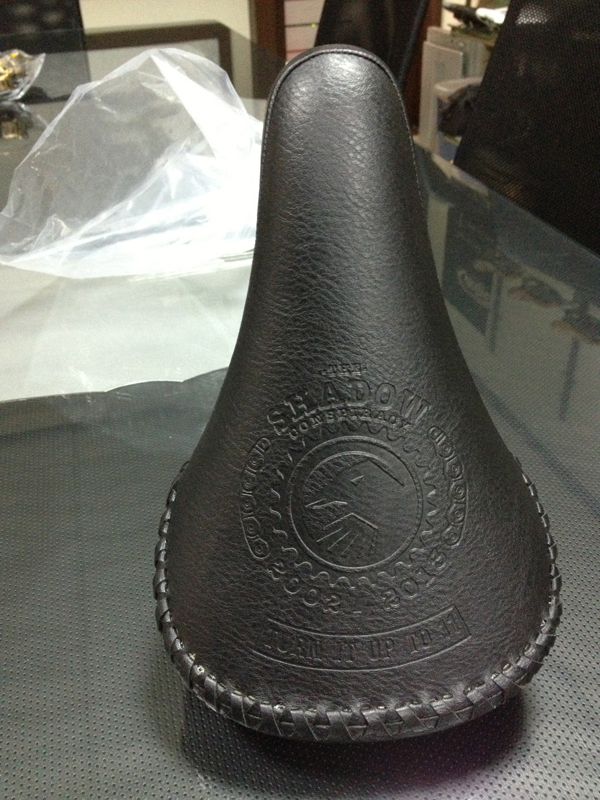 The seat will be available separately as well!

You will also be able to slow down with Drew Bezanson’s signature Sano brakes and Sano medium brake lever along with Shadow’s linear cable giving you some superior braking power on those wheels as well. Those are not pictured in any of the photos, but are included. 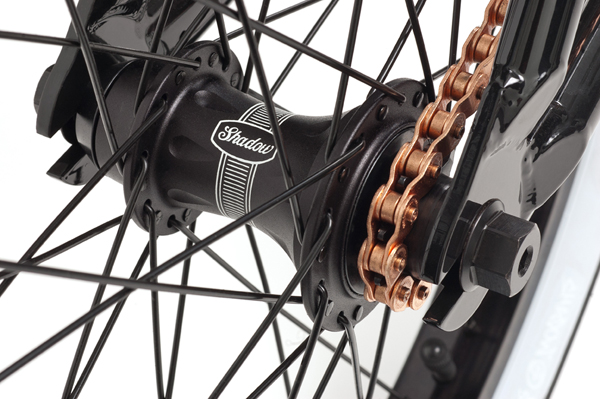 Now days complete bikes are available in a wide range from real inexpensive knock off versions to some real high end bikes… I’ve said it a million times by now that complete bikes look amazing. However, this bike is more or less a custom build with everything on the bike (beside the custom Noster frame with the Shadow logo) being something you could actually buy on its own through your local shop or favorite mail-order. That’s something I think is awesome as hell just because you really know what you’re riding versus “similar parts that may or may not have the same quality.

Here’s the kicker… You can pick this bike up for $1,199.99. That’s not bad at all if you consider what it would cost to but all of these parts separately. I lost count somewhere around $1,600 when I was trying total it all up in my head. 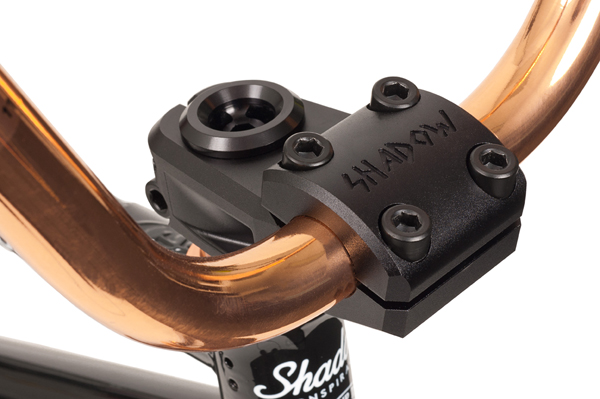 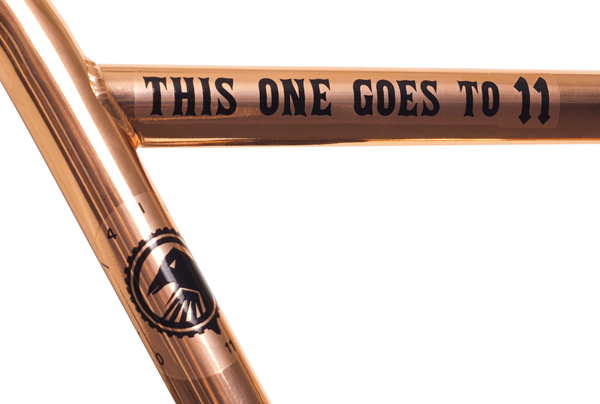 Personally, I’m really digging everything about this bike. Shadow did a great job of piecing together a bike that not only looks great, but really shows the quality of what their products create when put together all on one bike. It goes to show what 11 years of experience can lead to.

So that’s a closer look at what makes this bike special and I think based on the photos and the parts they’ve got on this thing, you know it’s definitely a quality ride. The Turn It Up To 11 bike will be hitting shops, distributors and mail-orders all over the world starting June 18th. They’ve only produced 100 of these bikes, so one they are gone, they’re gone. You can have your local shop get ahold of Sparky’s Distribution to get you one pre-ordered today. Get on it while you still have a chance!

To find out more about The Shadow Conspiracy and their products, check out their website — TheShadowConspiracy.com 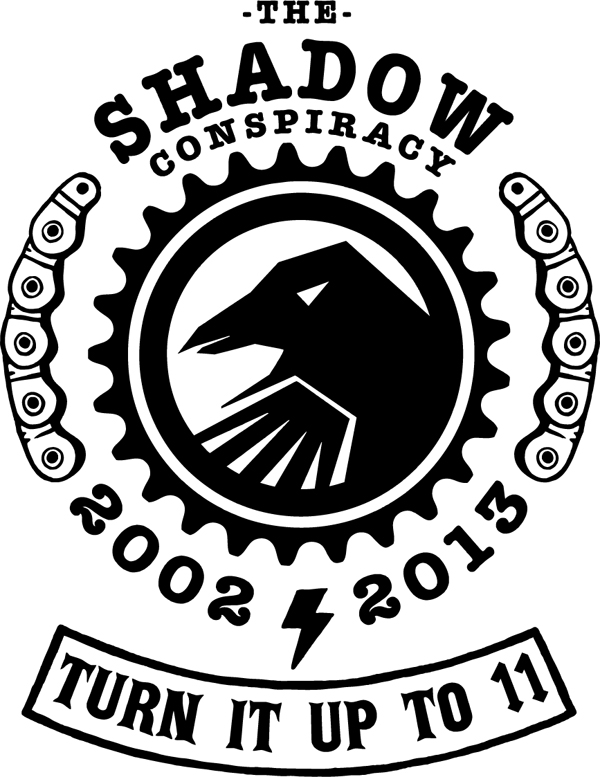 VISIT: FRONT PAGE // DAILY SECTION // BMX COLOR APP // BMX VIDEOS
You are here: Home / bike check / Insight: The Shadow Conspiracy – Turn It Up To 11 Complete Bike
Note: This site contains affiliate links and we could recieve a small comission that supports this site if you were to make a purchase on their websites using our links for no extra charge to you.