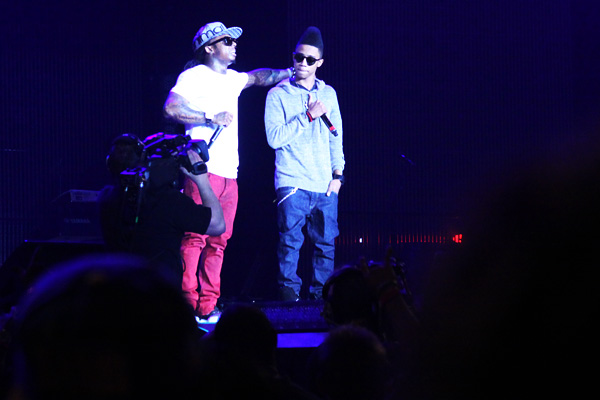 It’s Sunday, there’s not a lot going on and I’m waiting on a few dudes to go out and finish up an edit that you will be seeing this coming week. While I was sitting here listening to the new Carter 4, I started thinking about how much mainstream attention BMX has been getting lately. Not saying that as a bad thing, just it seems our reputation has caught the attention of a lot of outsiders that definitely isn’t hurting us. It has been a while since I’ve done a blog, so I’ve selected few things as examples to why this is a good thing. So, let’s talk about this for a minute…

All right, so first off let’s take a look at a few of the recent big ones that I’ve been real psyched about. If you haven’t noticed all of the Gatorade ads and videos popping up featuring Nigel Sylvester, then I’m not really sure what planet you are on, or how you are so good at not noticing things. Gatorade is similar to Nike as far as weight goes. They are brands that are massive and target “real sports” like football, baseball and basketball as far as what kind of products they sell. They put millions on top of millions of dollars into these sports to help them sell their products. Given, BMX is a “real sport” that has been around for a number of years now, these brands didn’t exactly start supporting it fully until the last few years. I know a lot of people out there don’t believe money should play a role in life, but let’s face it… it takes money to make money.. and having these brands support BMX by pumping money into it with national/worldwide events and advertising campaigns is a good thing. Kids see this and think “I want to do that”… they tell their parents they want a BMX bike and guess what, they hit the bike shop and pick up a Fit or Verde. Now there’s more kids riding BMX than there was yesterday, and at least one of your favorite brands just sold a bike to help them keep producing the products you swear by. I’m sure there’s a bunch of people that might read this and think “That’s lame. We need to keep this shit core. We don’t need a bunch of posers getting in my way at the skatepark.” That’s fine, but keeping BMX growing is what I want to see. So Gatorade and Nike, I thank you.

Then you also need to look at Mountain Dew. They’ve been doing a lot with the Dew Tour over the years, and I know a lot of people might not be into the contest scene, or circus tricks… but this goes in the same direction as the last part. Kids see this on TV and get psyched. Win. I’m also 90% sure that Garrett Reynolds is using his past Dew Tour winnings to fund getting Fiend off the ground or what’s getting the Deadline crew all over the world to film for their video that will be out soon. I’m not saying that’s how it’s happening for sure, but I can’t imagine he didn’t drop a few of his own dollars on either of the projects.
But that’s not why I’m bringing up Mt. Dew right now. I’m talking about their newest commercial that features Clint Reynolds, Jabari Winters and Andy Martinez lake jumping. I don’t know about you, but when I saw the commercial for the first time, I didn’t believe I just saw Clint Reynolds packing a lip on my TV. I knew Andy Martinez was going to be doing a commercial for them. I didn’t know what exactly it was going to be. I figured it would probably just be some cheesy commercial with BMX in the background like that T-Mobile commercial at the bottom of this. The fact that Mountain Dew didn’t just pick some Bros off the street that knew how to ride a bike off a jump into a lake is a good thing. This commercial has been airing across the country on a ton of major networks. You better believe it’s making people think BMX looks fun. Given, lake jumping isn’t exactly a good image of what BMX is, but it’s whatever.

Another mainstream side of BMX that I have been real psyched about lately is something I’m sure all of you have taken notice of. Dwayne Carter. Yes, Lil’ Wayne has been killing it lately for BMX. No, he’s not out bar to ice to switch 180ing a handrail when he’s not rapping (In fact, he has been taking skateboarding fairly serious. Seriously). But he is repping Animal and Skavenger hard lately. I read some where that his stylist is responsible for this, but I’m more than willing to bet he is well aware of what Animal and Skavenger are as far as brands go by now. I’ve seen a ton of photos and videos of him lately rocking their gear… and I saw a Tweet the other day from Mike Brennan saying he just sent out a fresh order to him. How does this help BMX? Well, how many people do you think have been trying to figure out where to get the same hat Lil’ Wayne is wearing that don’t ride BMX? He could tweet a photo of a shit he took and a million people would see it. How many concerts do you think he has done in the past two months where he had an Animal or Skavenger hat on that sold out? I’m sure that’s bringing some outside money into BMX. You know that Ralph will be putting that money towards something good for BMX too. 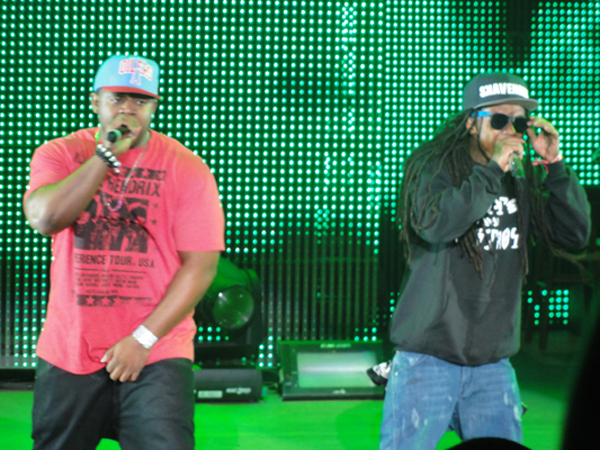 There’s a lot of people out there who will always be salty and say these things aren’t good for BMX. That’s fine. You are entitled to your opinion, or to try and create what you think BMX should be. But the fact is that the sport is growing. We’re going the route of skateboarding and that’s becoming more acceptable and being given some respect as a legitimate sport. We aren’t all looked at like a bunch of lazy ass pot heads that don’t have jobs or money. Sure, we don’t actually have all that much money and last time I checked drug tests aren’t required when signing a contract for a sponsorship in BMX, but it’s definitely not the fist thing people outside of the sport think when they see somebody like Nigel Sylvester on the streets or Dennis Enarson on TV.

Maybe it’s just a current trend in media that will come and go like before, but right now I’m psyched on the way things are going. Sure, none of this might not directly effect you, but just remember that when more kids pick up BMX bikes, that money goes back to the brands making the bikes. That money allows them to continue producing new and better products. That also means there are more riders, which means more products are being sold. When more products are sold the brands make more money. When more money is made they can afford to sponsor more riders and are able to have a stacked team. That allows them to put money into making a sick ass team video like Let’s Get Mystical or Last Chance. These videos get more kids psyched on BMX. That bigger budget might just be what allows you to get flowed a frame or get paid with a travel budget to ride BMX someday. That’s what I see when I see things like this happening. This is just a few examples of what I’ve been noticing lately. Did I miss anything? What do you think? Good? Bad? Leave it in the comments.

Now go out and ride because I know your ass isn’t working if you are reading this.