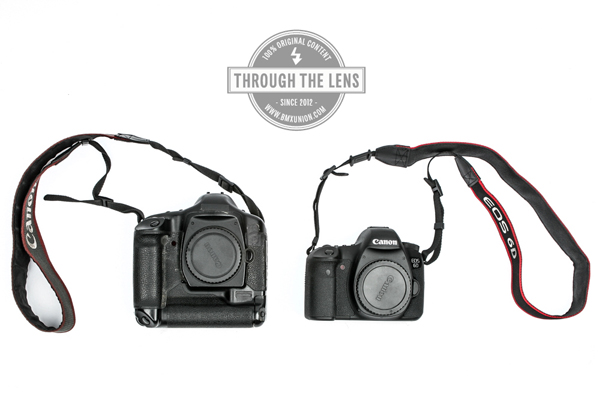 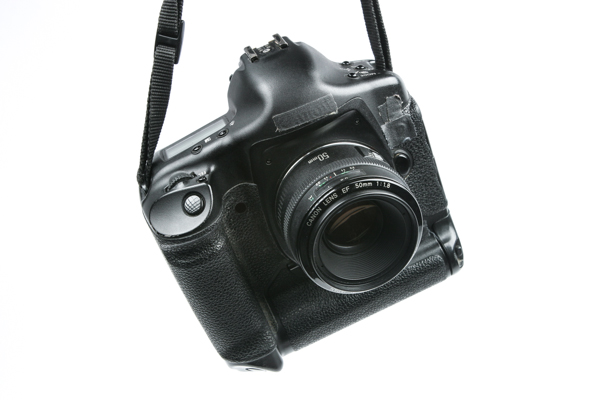 What was I looking for in a camera body? Well that’s easy; something that shoots fast, something that syncs fast, and something that has a nice, full-frame sensor with good low-light performance. Although the 6D has most of those features, so does the Mark II N. But, honestly the biggest difference between the two is the image quality. Does it make much of a difference to me that the 6D is full-frame compared to a 1.3 crop sensor? Not exactly, but the obvious difference with that is the image quality. The Mark II N is 8.2 megapixels compared to the 6D, which is 20.2 megapixels. Now, for me that difference is huge, making the 6D one of the best DSLR’s on the market in my opinion at the moment. It’s give and take as well though seeing as how the 6D shoots at a much slower burst rate of 4.5 frames per second and the Mark II N shoots at 8.5 frames per second. So, basically at this point I would most likely grab the Mark II N to shoot a sequence and stick with the 6D for almost everything else.

Besides that the 6D has a max sync-speed of 1/180th of a second compared to the normal 1/250th of a second on the Mark II N. Is this a huge deal? For me, kind of seeing as how I shoot a lot of fast-action type stuff but at the same time, I can make it work and push it in bright sunlight as well as mess with some hyper-sync options. The 6D also has a max shutter speed of 1/4000 sec compared to that of the Mark II N at 1/8000 sec. Now this could potentially pose a problem but it’s honestly not very often that I shoot above 1/4000 sec so I’m not too worried about it. And that’s the beauty of having two completely different bodies is that if I need it; I can shoot with my Mark II N.

The other differences that I noticed right away are the size and weight of the two. The Mark II N is a full pro-sized body and has an integrated vertical grip, which I actually happen to love. I will be getting a vertical grip for my 6D as well but for now, I am really into the smaller body size. With my light 50mm 1.8 lens it weighs practically nothing. Again, it’s rad to have both options. I do love a full-size pro body but I’m starting to like the handling of a small, compact body, especially when I’m shooting for long periods of time. I have also been focusing a lot on portrait work lately (since opening up my own studio) and I simply need the best quality image possible, not necessarily the most bells and whistles. 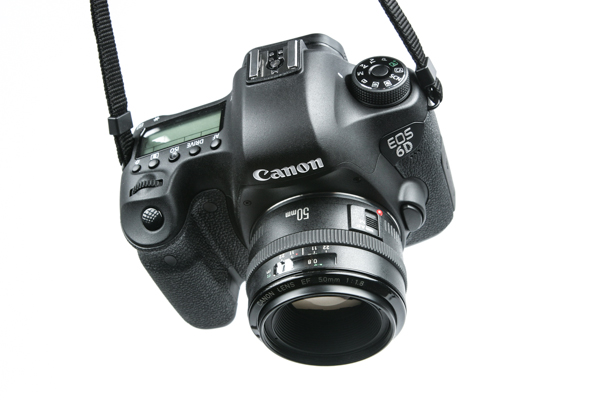 A couple of new features that the 6D has thanks to major advances in camera technology since the release of the Mark II N include shooting 1080p HD video as well as the ability to shoot wifi. This is huge considering today’s obsession with instant satisfaction. I can shoot a portrait of someone in the studio, upload it to my iphone do a quick edit and post it right away without a computer in sight. That’s a pretty rad feature that I plan on really getting plenty of use out of. One of the biggest advances in technology is the low-light performance at the higher ISO’s. If anyone has ever shot indoors before, or at a time when the light was quickly fading you know how bad it sucks to keep having to push your ISO higher and higher essentially saying goodbye to quality each time you raise it up. The low-light performance is incredible in the 6D and there is literally no comparing the two. At this point, I would do anything I could before shooting with my Mark II N in a low-light situation. The max ISO on it is 1600 (expandable to 3200) and this is compared to the 6D, which has a max of 25,600 (expandable to 102,800). Now, if you know anything about ISO, you know that’s an incredible difference and one that I plan on taking advantage of.

The 6D also has a much bigger, sharper, brighter and better-looking LCD screen, which makes a huge difference in my workflow. Once you get used to what your photos look like on your LCD compared to your monitor you can really take advantage and review your photos accurately as you shoot them. You can get a much better idea of sharpness and exposure (two of some of the most important aspects of any photograph). The 6D also has a “silent” mode, which helps a lot when you need to go unnoticed. That’s also something to consider when shooting on the street or just trying to remain low-key. I’ve shot on set before with Snoop Dog and Kate Upton at a studio in Hollywood and since I was shooting “behind the scenes” I was flying under the radar and could have used a silent shutter at that time so having it now is a huge plus. The 6D also has the whole “sensor-cleaning” function when you turn it off which helps a ton. My Mark II N sensor was seemingly always dusty and camera spots have since become my worst enemy. Seeing photos with minimal or no dust spots at all is amazing. 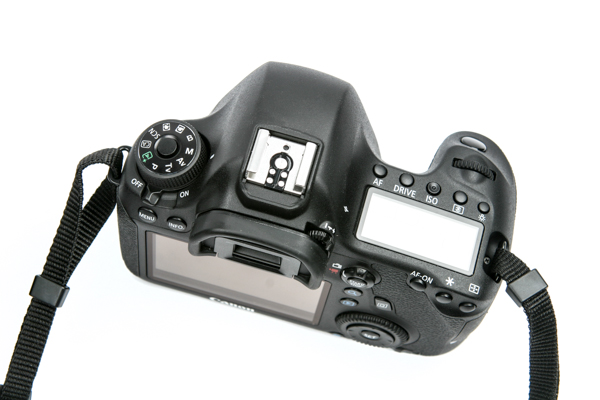 I guess those are the main differences that I noticed so far (I literally just got the 6D last week) so I’m still adjusting to it on all levels. But, I’ve shot with a wide variety of different cameras over the years and it’s already done a great job of growing on me and I can see us getting along very well. I can’t wait to continue to pump out quality images with the 6D while keeping my Mark II N as my back-up body to be there for me when I need it. If you are in the market for a new camera body, don’t let the 6D pass you by without giving it some serious consideration. Although the 5D Mark III is everyone’s go-to at the moment, some people are overlooking the fact that the 6D is almost $1500 less and performs on a very similar level, short of a few features that any professional could easily live without. If you have any questions about anything mentioned in this column, or anything that you thought I left out let me know, I’d love to hear your take on it. On that note, be sure to check back next Wednesday for the one hundred and third edition of Through the Lens and as always feel free to leave any questions in the comments section or email me at info@jeremypavia.com and I will hit you back as soon as I can. Feel free to follow me on Twitter and Instagram @jeremypavia.

You are here: Home / blog / Through The Lens: Out with the Old, In with the New