If you have been around BMX long enough, you have seen trends come and go, things get bigger, then smaller, then bigger again. At the end of the day, BMX has been working to find the perfect size that ultimately makes riding a BMX bike feel better and ride better. There’s been A LOT of trial and error over the years and we’ve seen things go from really rough and unreliable to very detailed and dialed. There’s a lot more that goes into developing a new product than drawing something up on a napkin and hoping it works… Which has happened in BMX’s fairly short existence more than once. I personally have been riding BMX for somewhere around 17 years.. You kind of lose track after a while, but it’s somewhere around there. In that time, there’s been A LOT of changes from every aspect of what makes a BMX bike. Products are very refined and it seems like we see new products with only small changes in degrees and millimeters these days that can make all the difference in how a bike can ride and in general feel, which is pretty amazing. One thing in particular that we’ve seen change A LOT over the years are handlebars. When looking at other parts of a BMX bike, it’s safe to say that bars have grown in size the most in comparison to where it was when I first picked up a bike… Let’s talk about this a little bit. 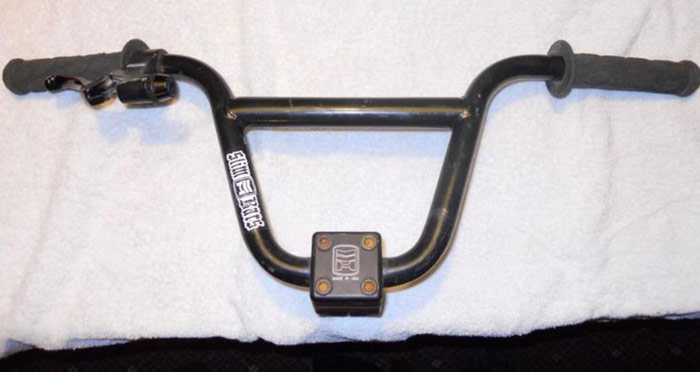 Above is a pair of Haro Slim Bars. Now, there were A LOT of different bars that came before these in all sorts of shapes and sizes. If you do a little searching around on Google, these are often referred to as “Mid School” bars, which makes sense. This was just a good starting point for this post because they’re one of the first bars that really stood out to me when thinking about the change in size. These bars were apart of a trend that was heavily popular at the time in the early 2000’s… Slim and low. Great for X-Ups and out of the way of your knees. I’m sure the number of these bars that were sold is pretty astronomical as well. I couldn’t tell you that number, but I’m sure somebody knows and their bank account was loving it. With a rise of 7″ and a width of 25″, these weren’t the smallest bars to come out, but you could cut them down to 20″ wide pretty easily… That’s a pretty crazy number to consider since bars now days come right in at 30″ on average, given it seems most people prefer right around 28″ wide. 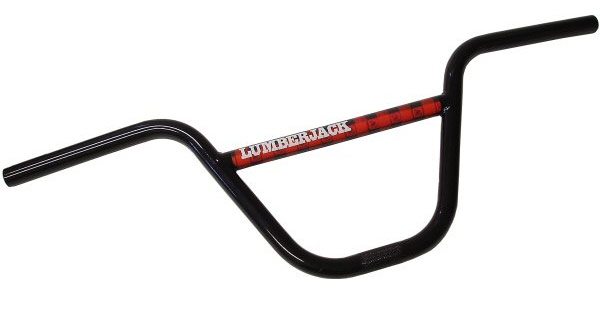 BMX bars hovered around that 7 – 7.5″ range for quite a while. Then around 2007, brands started to look into bigger options. Specifically, I remember when the original Odyssey Lumberjack bars came out. They came in at 8.25″ rise and 28″ width. These things were BIG and it had a lot of mixed reactions. People thought they looked stupid because they were so “big” and other people loved the idea of the bigger bars. It didn’t take long for more brands to start offering the 8″+ rise bars to their lines, while still maintaining that 7″ range just incase this was just a fad. But, riders loved the bigger bars. They were better on the back, you had more control and it didn’t hinder tricks like barspins (well, it was pretty funny watching people figure them out with those big old wings at the time) as much as people thought. 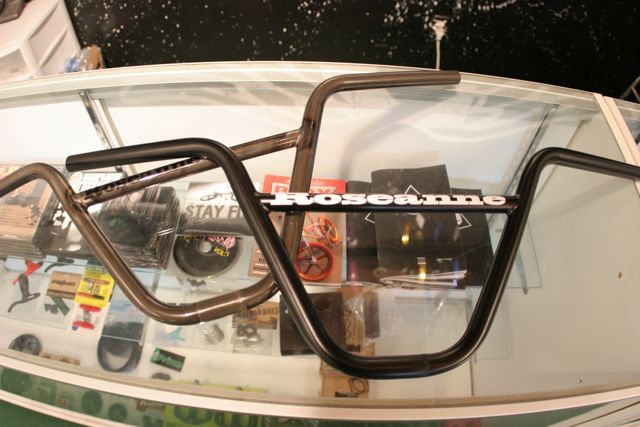 8″ – 8.25″ bars were good and all, but then something funny happened. Seriously. I don’t know the exact details, but from what I heard, somebody hit up Solid to have a pair of custom bars made that upped the scale a little higher to 9″… As a joke. We’re not sure if it was actually as a joke or not, but once people saw the bars on the guys bike on a forum (I want to say Bikeguide), Solid started getting more requests for these big bastards. Which ultimately lead to the release of the Solid Bikes Roseanne Bars (Still a legendary name for a set of BMX bars…) which were 9″ tall and 30″ wide. Now brands were starting to push things with 8.5″ and 8.75″ range bars becoming more common, but once again… Brands were still a little hesitant to push the number much higher because it might just be a fad that might fade out. 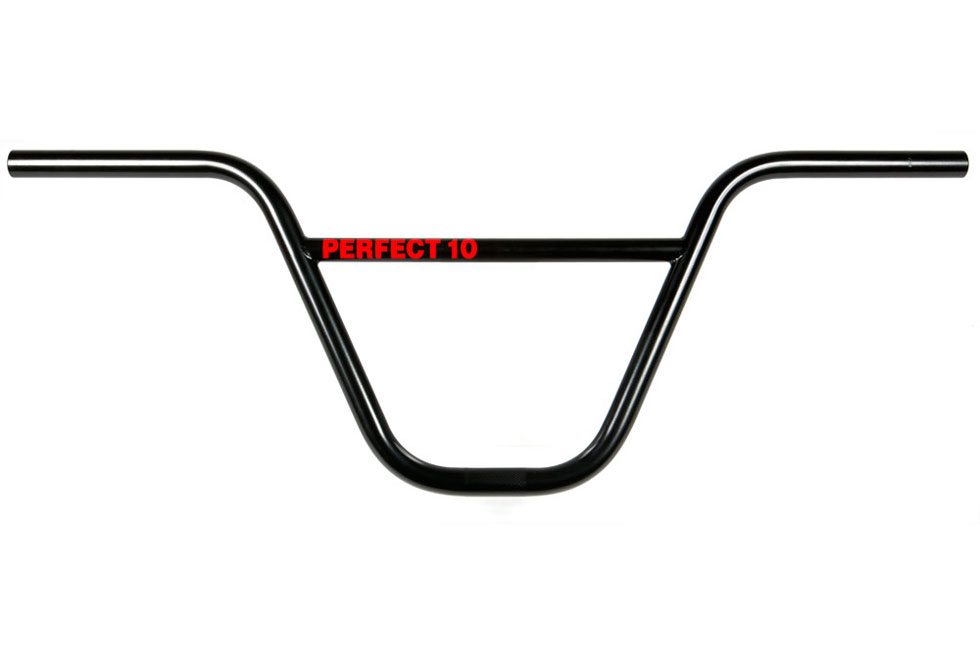 Then in 2010 Chris Moeller and the S&M Bikes crew decided to keep the joke alive and release the BIGGEST BMX bars… The Perfect 10’s. These bars clocked in at a towering 10″ rise with a 30″ width. People thought it was a joke and it would never actually take off… Then they sold out… sold out again… and again. Kids were eating these big bars up as fast as the S&M factory could produce them out in California. Then we started seeing more brands start to offer 9″ range rise bars and even a couple 10″ bars after a while. But it looked like this was nearing the peak. 10″ hit that point where, unless you were a really tall rider, the size actually didn’t help as much as they made your bike look disproportional.

Now it’s 2015 and we have a huge number of BMX bar option from 8″ rise all the way up to… 11″. S&M Bikes released their Elevenz (11″ rise, 30″ width) a little while back and it would appear they haven’t caught on quite like the 10″ bars did, which is probably a good thing. But the option is there and we’re sure there’s somebody reading this that has them on their bike.

So, over the course of the past 10-12ish years, we’ve seen BMX bars steadily grow up and hit what we’re assuming was the peak of fashion and function. Looking through different brands offerings for bars, we see most are offering mid range 8″ to lower 9″ options these days, with a handful of 10″ options as well. It does appear that we’re starting to see a more consistent range from 8.8″ to 9.15″.

What’s the perfect size? Well, that’s entirely up to the rider, but we would be willing to bet that if you’re actually riding your bike, it’s going to fall in that mid 8″ to low 9″ range for most of you. I had the opportunity to ride some 10″ bars recently and I couldn’t do it… It felt so weird and disproportioned that I had to take them off and retreat back to the 8.5″ bars I was running previously very quickly. Maybe some of you younger guys that have always had big bars to ride will find those bigger bars more appealing, but it’s definitely not for everyone.

So, that’s a little look at the transition from 7″ rise to 11″ rise bars happened in BMX. There were A LOT of bars that fall in between these ranges and plenty more that came before it… So if we missed anything, let us know in the comments below!

Also, what’s the smallest bars you have ever ran? What about biggest? What would you say your “perfect” size is for you? We want to hear from you!

VISIT: FRONT PAGE // DAILY SECTION // BMX COLOR APP // BMX VIDEOS
You are here: Home / blog / Raise the Bar: A Look At BMX Bars
Note: This site contains affiliate links and we could recieve a small comission that supports this site if you were to make a purchase on their websites using our links for no extra charge to you.