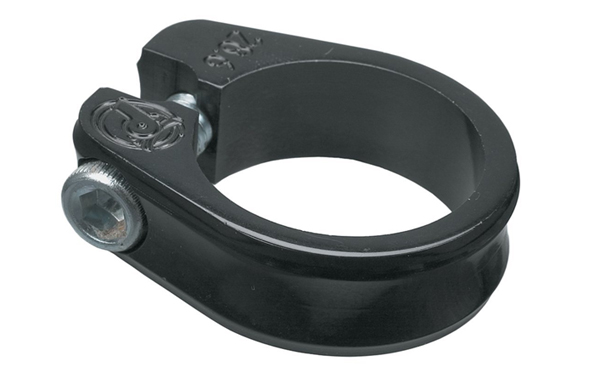 One thing that I’ve personally found pretty entertaining lately is Googling old BMX parts that were once all the rage or just something unique that was once around but has been long since discontinued. The other day for one reason or another I decided to look up the old Primo Viking clamp to laugh at the beast of a clamp with two bolts and enough metal to make 3 or 4 clamps that would keep your post in place with ease. When I did that, I started thinking about all of the different versions of seat post clamps and all of the different places we have found them over the last 10 years or so. Once I started looking things up, I started remembering a bunch of different styles that I had forgotten about. I decided it would be pretty cool to put all of them together for a little trip down memory lane… Let’s take a look! 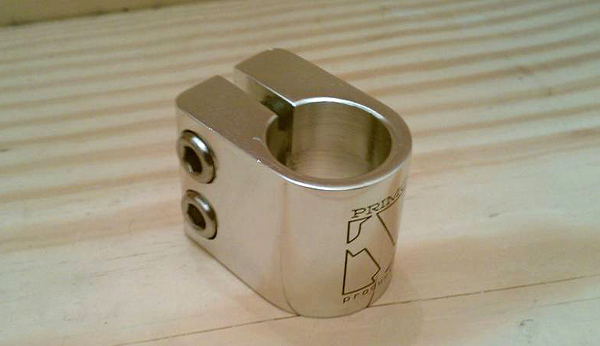 The beast that started the whole reason for this post. The Primo Viking clamp that undoubtably would be able to keep that seat post of yours in place with the two bolts and plenty of surface area to hold it in place. What’s really crazy to think about is how high the seat tube would run above the top tube where this clamped on! 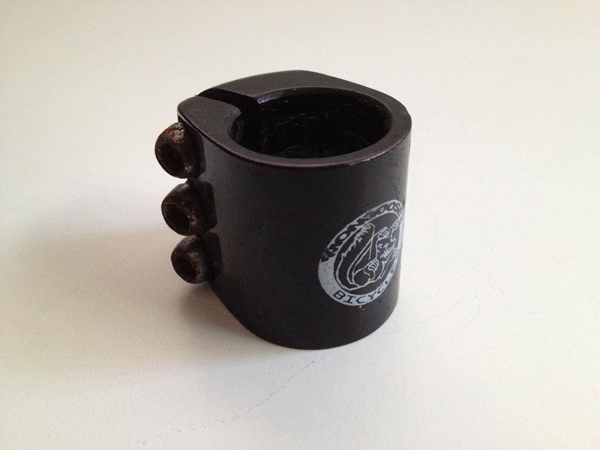 Edit: Here is the 3 bolt Mongoose clamp that people on Facebook were mentioning. Shout out to Can You Dig It for the photo! The more bolts the better, right? Based off that frame, I think it’s pretty easy to see how bikes went from 40 lbs. + to pushing lower 20 lbs. over the years. That seat tube had to be pushing an inch and a half above the top tube on that S&M Dirt Bike Classic. Once the weight wienies started getting their way that was shaved down quite a bit and over time even eliminated on some frames.

With weight being a big factor for how people were picking their parts, brands like Kink shaved the ounces and minimized the materials needed for proper clamping. Comparing this clamp to the Viking I’d be willing to bet you could stack 4 of these on top of each other to match up with one Primo Viking clamp. 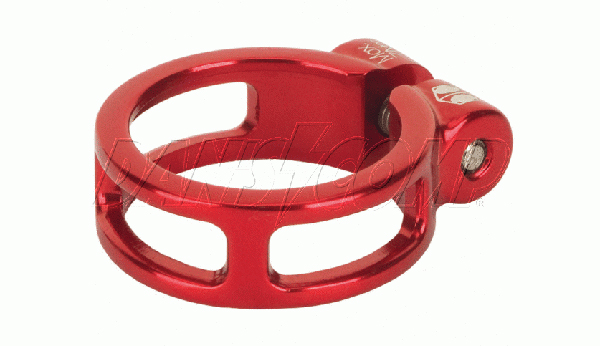 Cutting the extra material to the max. This clamp removes all the extra material that isn’t exactly necessary. I don’t know the success rate on these, but I feel like the tension from tightening along with the vibrations from riding could cause these to crack fairly easy. 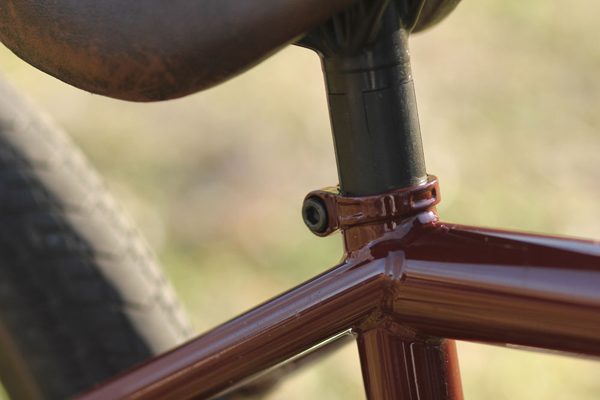 Fly Bikes were the first ones to bring the Investment Cast seat post clamp years ago and it seems like pretty much every frame except for a select few have been running them ever since. On kind of a side note, it actually seems like frames without the clamps are starting to make a bit of a come back to help reduce the overall cost of a frame in 2014. The integrated / Investment Cast clamps are a night and day difference to the clamps from back in the day. 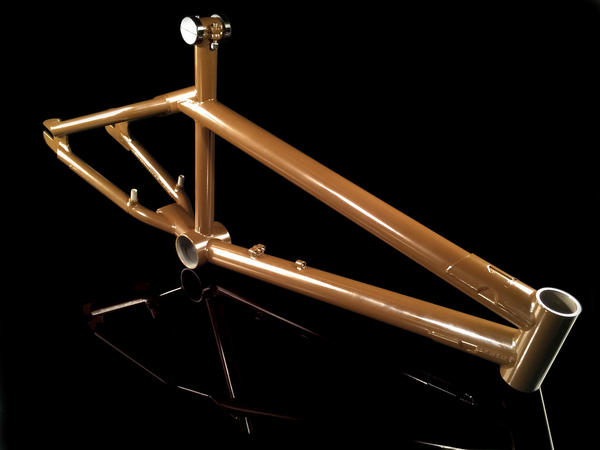 EDIT: Thanks, Mark Paul Abare Jr.for reminding me of this one! Garrett Byrnes’ signature T1 frame that came with the built in post years back. I completely forgot about this frame when I was putting this together.

Shortly after the integrated seat post clamp became the standard for BMX frames, the concept of a frame with a built in seat post, eliminating the clamp entirely, popped back up after being on hiatus for a while. I want to say Sunday was the first ones to give this a go again with Ian Schwartz’s signature frame, but as expected thanks to riders having so many desired seat post heights, slammed all the way up to the Nyquist special, it didn’t really catch on. This concept is what I feel lead Animal to the creation of the internal clamp on the seat post clamp. 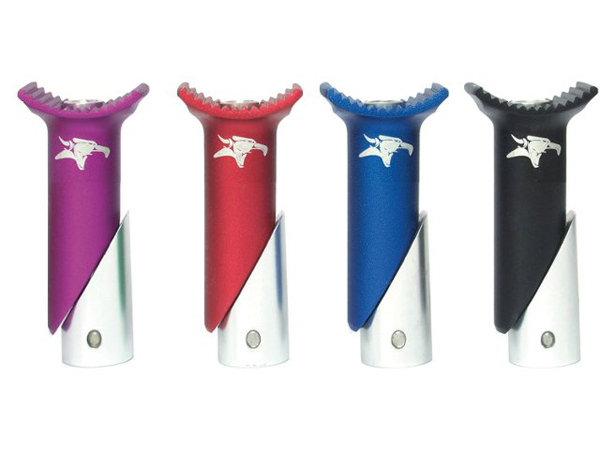 Between kids taking a saw to their built in posts and the guys who wanted to give their frames a clean look, these guys actually were getting quite a bit of attention. Although the system outweighed a traditional seat post clamp like the Kink one above, it does have an aesthetic value that does make it worth giving a go. These are the short version of the posts. Animal does offer a longer version as well for those of you who like some height. 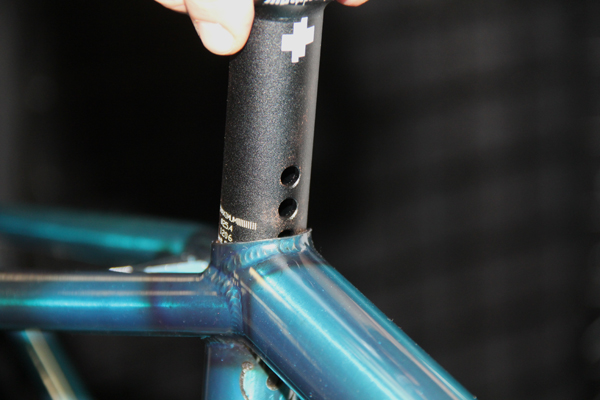 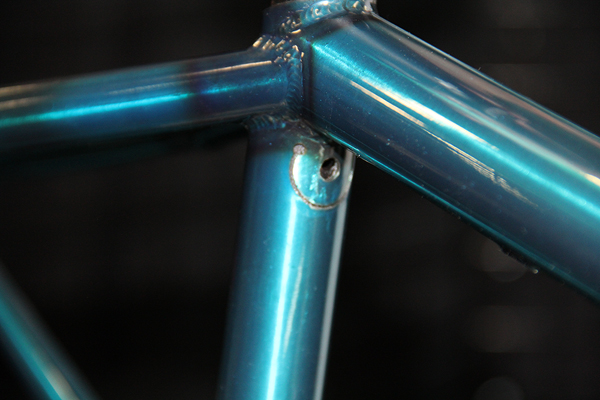 Some time before the Animal posts, a trend that I want to say saw a lot of love on Bikeguide was to drill a hole through the seat tube / post and use a bolt to hold it in place. I believe S&M offered the drilled seat tube on their Black Bike frame one year. The guys over at Mutant Bikes innovated the concept with a simple design with a slit that allowed the tubing to move and hold the post tight. They also offer a post that comes pre-drilled which not only saves a little weight, but made it easy to find that perfect height without burning through drill bits of your own. 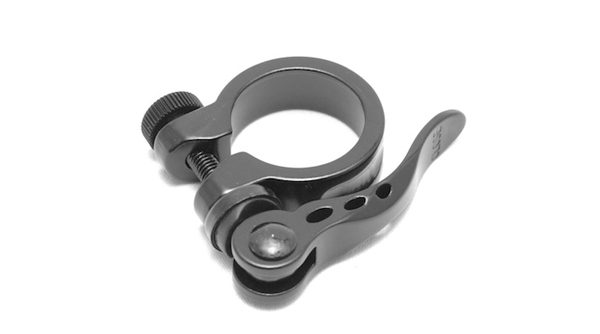 Almost forgot these guys. The Quick Release which are more commonly found on mountain bikes. These clamps are ideal for the lazy guys or people who can’t work an allen key. It makes keeping that post in place and removing it a breeze, but adds additional weight. 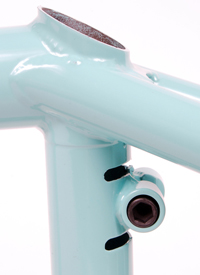 Over time, the seat post clamp has found itself all over the top and down tubes and the seat stay junction. Above is a concept that Eastern offers on their frames that cuts the extra tubing above the top tube and pinches to seat post tight below the seat stay. 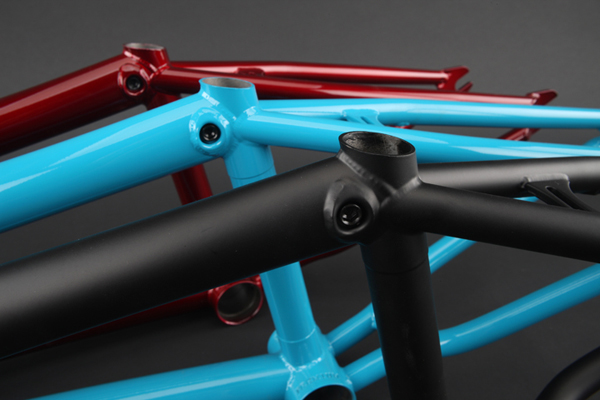 At one point, Premium offered Garrett Reynolds’ signature “Death Trap” frame that featured an integrated seat post clamp built into the top tube. This system essentially requires you to tighten the bolt down, which slides the clamp into the seat tube holding the post tight. It was Superstar that offered this first after seeing it used on road bikes. 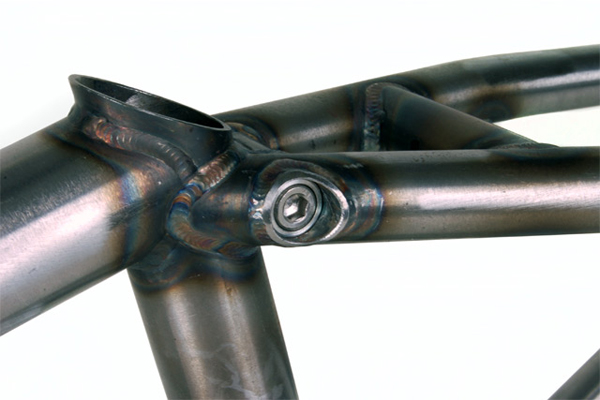 Eastern offered a similar version of the integrated clamp except on the rear with a beefed up seat stay junction. I’d be curious to know how well this worked out because it looks like it would put a lot more stress on those welds versus the top tube, but maybe I’m wrong. I don’t think anyone else offered this version.

Probably the most simplistic version of the integrated seat post clamp. Two round eyelets for the bolt to run through welded to the seat tube. No unnecessary material and I’d assume plenty of clamping power. This is probably one of the lightest options for a seat post clamp. 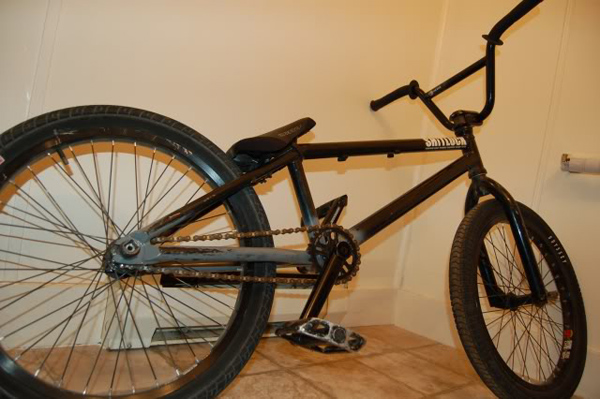 Edit: The actual lightest seat post clamp option is no seat post or clamp. Zip ties holding the seat down. This is a trend that came and went around… 2006? Either way, the guys on Bikeguide reminded us of this and it had to be included. 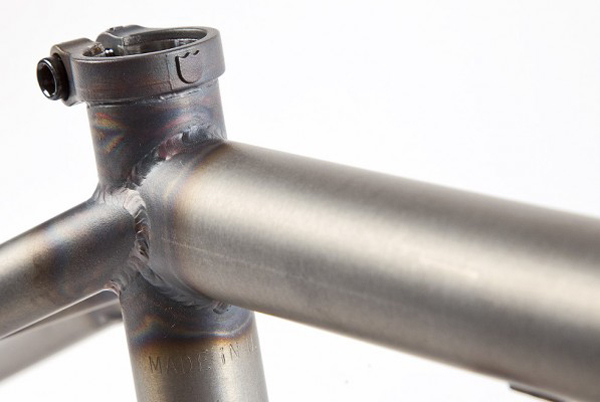 The seat post clamp has seen quite a bit of innovation and change over the years with most of it being for the good. We’ve seen BMX frames and parts go from absolute pigs to lightweight engineering beauties that have made the bikes look and feel a hell of a lot better. Is there more that can be done to the seat post clamp to make it even better or worse? I’m sure we will see some changes over time, but I hope we continue to learn from our mistakes in the past, haha.

What do you think? Let us know your thoughts in the comments? Did we miss any style of seat post clamp that has surfaced in the past 10 years or so?

You are here: Home / blog / The Evolutions of the Seat Post Clamp
Note: This site contains affiliate links and we could recieve a small comission that supports this site if you were to make a purchase on their websites using our links.