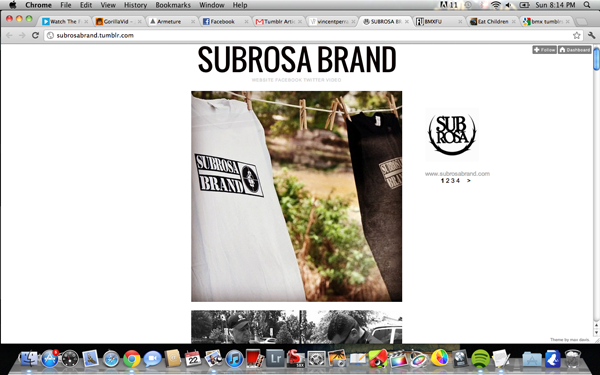 The other week I got an interesting email from Kristopher Humphries that caught my attention. Kris had asked if I ever followed any of the Tumblr BMX sites that are out there. I’ll be honest and say that between all the videos, emails, Tweets, Facebook messages, RSS feeds and everything I get into every day, I haven’t paid all that close of attention to this other outlet of the social network that is a lot bigger than I imagined. Kris and I talked about it and decided it would be rad to put together a list of some of the best Tumblr sites out there producing BMX content these days. So if you are into the Tumblr scene or have no idea what it’s all about, this is your chance to take a look. Let’s do this!

Social networking is a ever expanding medium of self expression for the world to see and Tumblr is one of the biggest growing forms of social networking/blogging, its simple coding and stylish format makes it quite user friendly allowing for more people to get involved. In most cases it doesn’t take long for the BMX community to get involved either and this case is no different.

Tumblr is a blogging platform that allows user to post text, images, audio, video, links and quotes onto a customisable page. It also offers the feature to reblog other users content. There is a lot of controversy with the reblogging feature as it ends up devaluing the content that is being posted and taking the credit away from the creator, in light of this there are many great tumblr pages that are purely original content to focus on.

From searching through the realms of tumblr for standout BMX themed tumblr pages I came up with the following lists and sorted into some catergories.

For those that like to get an inside view of some of the big names in the industry there are plenty of personal tumblrs that riders, photographers and filmers have created. Some use them like a personal diary and others like a portfolio, whatever there reasons these are some standout pages: 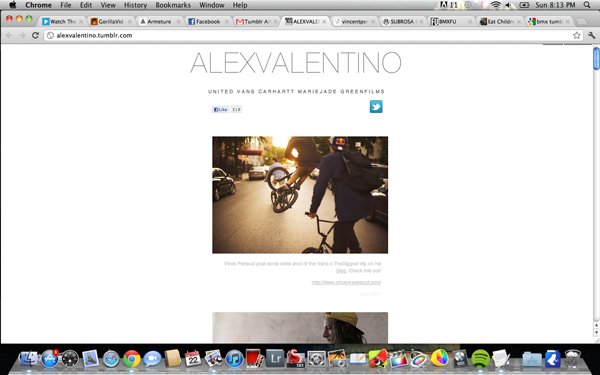 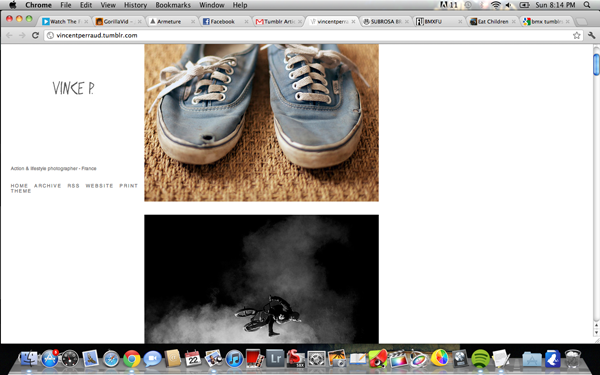 The fact that tumblr is free and easy to use many companies and crews have decided to jump on the tumblr bandwagon too and they often feature content that is not on their main site. The following pages are an example of companies/crews using tumblr right now: 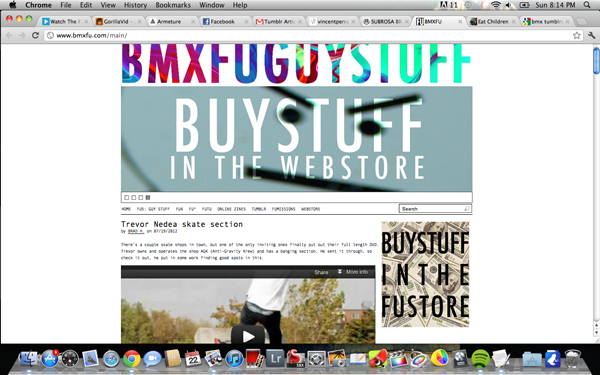 BullMix.Tumblr.com – Australian Crew having fun with it

Along with the big names in the business many aspiring filmers, photographers and filmers have used tumblr as a platform for exposing there works and is always great seeing original content. The following sites are some great examples of people using tumblr to showcase their work:

This is just scratching the surface of what is on tumblr and if you have the time I am sure there are many more great blogs to find or you could create your own and become part of the tumblr/BMX community.

Kurt – Coincidentally, ESPN dropped a pretty rad feature on another Tumblr the other day called BicycleMotocross.Tumblr.com that I’d suggest you check out if you are digging these.

You are here: Home / blog / The World of Tumblr in BMX
Note: This site contains affiliate links and we could recieve a small comission that supports this site if you were to make a purchase on their websites using our links.