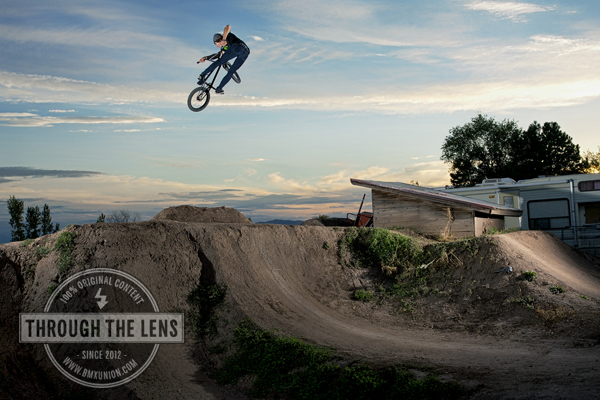 One thing that I have noticed in life is that it’s much more enjoyable if you take risks, actively pursue your dreams, and constantly strive to better yourself. With that being said, I have recently had the urge to tell a specific story about a photo that I shot last October in Utah and feel like it’s the perfect time to do just that. As always, I try to keep the reader’s of this column interested and on their toes as far as what to expect week after week. I have an entire archive of photos that I could sit and write stories about but not every one stands out amongst the pack the way that this one does. It’s got a unique tale to tell and an ending that is incredibly bitter sweet that might catch many of you off guard. It serves as a constant reminder to take advantage of every opportunity that comes your way and to always expect the unexpected.

When I set out on this trip to Utah I had no idea that I would be shooting a photo of this specific rider. In fact, I didn’t even know that this rider existed until the day that I met him. His name is Mike Currier otherwise known as “Powerlite Mike” which was exactly how he was introduced to me. He struck me as a genuinely nice person that loved to ride his bike. Everything that he did had a certain look and feel to it that was very reminiscent of a younger Mike Aitken. He rode smooth and fast, and blasted to the moon on everything he touched. I should mention that I was out in Utah on assignment for Soul Magazine to shoot a few articles in the Salt Lake City area for a special USA themed edition of the magazine. I was specifically working on a project focusing on Matt Beringer and his legendary house/backyard set-up which is no longer there, making this specific photo that much more memorable to me. On this specific day we were all having a session in the yard, riding the trails and enjoying an amazing fall day in Utah. The air was crisp, the sky was nicely saturated with color and things couldn’t have been much better.

I set up to shoot this specific photo after watching Mike absolutely shred the yard and knew that something good would come from it. We ended up shooting the trick a few times until we were both completely satisfied with the outcome both technically and aesthetically. Every time that I look at the photo it literally puts me right back in that very moment. I remember specifically thinking about how although Mike wasn’t necessarily a well-known rider I really wanted to do whatever it took to get the photo used for the article that I was shooting. Typically magazines don’t run photos of “unknown” riders but there was something special about this photo and I knew right away that I was somehow going to get it published. When I got back to California I put in work editing the photos from my trip, organizing everything and getting them submitted to the magazine.

“Another thing that I really need to write about before I quit this ramble is that hopefully Powerlite Mike get’s an awesome picture in this magazine. Powerlite is a good friend and an awesome guy that unfortunately had a bad crash on his dirt bike. He’s currently in a wheelchair and unable to move his legs. It’s been a couple months and he’s getting slight movement back with his foot right now. I really hope he gets everything back. He needs any help he can get with his medical bills so if you can donate anything, go to the 5050BMX PayPal and put Powerlite in the subject. Thanks, Matt.” 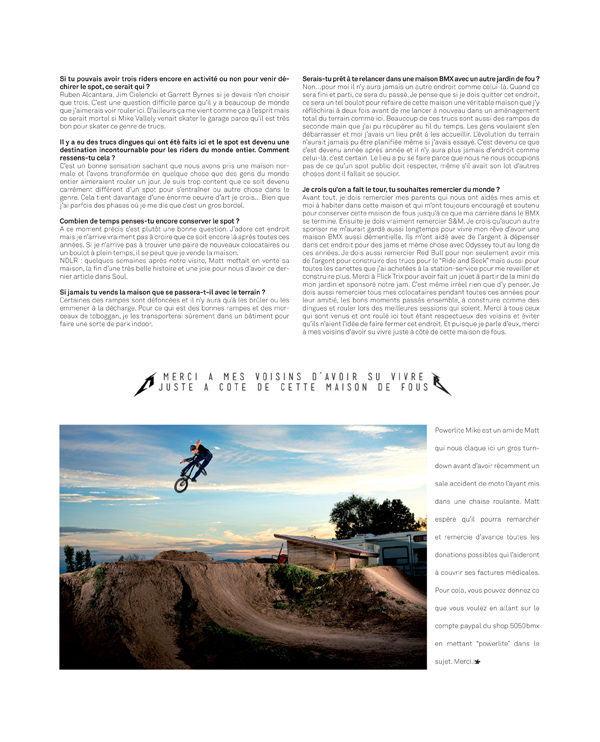 This was the first that I heard anything about this and had absolutely no idea of the condition he was in. He actually ended up breaking his back. It was very surreal to think that this happened so soon after we shot one of my favorite photos of the year. Not that I needed a reminder of how incredibly delicate life is at the moment, but nonetheless it served as just that. Although I was already motivated to get this photo in print, now it was an entirely different level of determination to make it happen. Originally I knew that Mike had never had a photo in a magazine and wanted to surprise him and hopefully inspire him to keep riding as hard as he was and trying to progress and keep pushing himself. I have been involved in BMX long enough to know talent when I see it and he was no exception. I don’t even really know what to say, and I actually haven’t really talked openly about this until now. I haven’t talked to Mike, and kind of wanted to use this time and space to do just that. I want to make sure he knows how much I appreciate his riding and how special that photo became to me. Also, I want him to know how I’ve heard nothing but good things about how positive he has remained after the accident, which left him paralyzed from the waist down. I want to channel his strength and motivation to be happy on a daily basis. Any time that I think things might be a little stressful, or a little frustrating all I have to do is think back to this photo and be reminded of how no matter what life sends your way the only option is to take it in stride, learn to transform a negative into a positive and never take anything for granted. So, Mike, when you read this. This one is for you. Thank you for giving me the opportunity to shoot that photo, and thank you for reminding me to keep fighting, and to keep moving forward, no matter what gets in my way.

I just wanted to let everyone know that I am also offering up the option to do limited edition, hand numbered 11 x 14 inch prints of this photo on archival lustre paper for anyone that is interested. The prints will be $30 each with all proceeds going directly to Mike. If anyone wants to know more about that email me directly at info@jeremypavia.com and I will email you with the details. 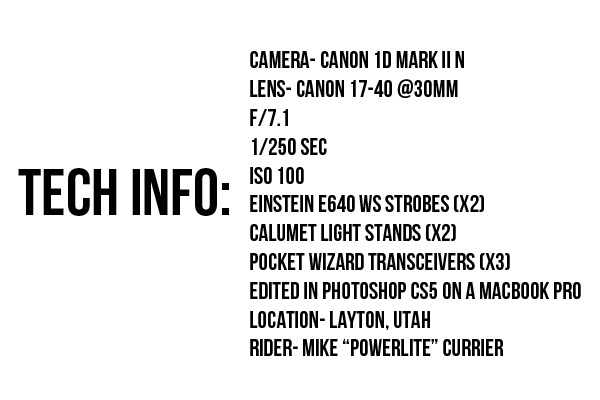 That’s all for this week. Hopefully this inspires some people out there to start pursuing their dreams because it’s never too late. Find what moves you in life and go after it, because you simply never know when your world can be flipped upside down. Also, be sure to check back next Wednesday for the seventy ninth edition of Through the Lens and as always feel free to leave any questions in the comments section or email me at info@jeremypavia.com and I will hit you back as soon as I can. Feel free to follow me on Twitter and Instagram @jeremypavia.

You are here: Home / blog / Through The Lens – Living For The Moment
Note: This site contains affiliate links and we could receive a small commission that supports this site if you were to make a purchase on their websites using our links for no extra charge to you.