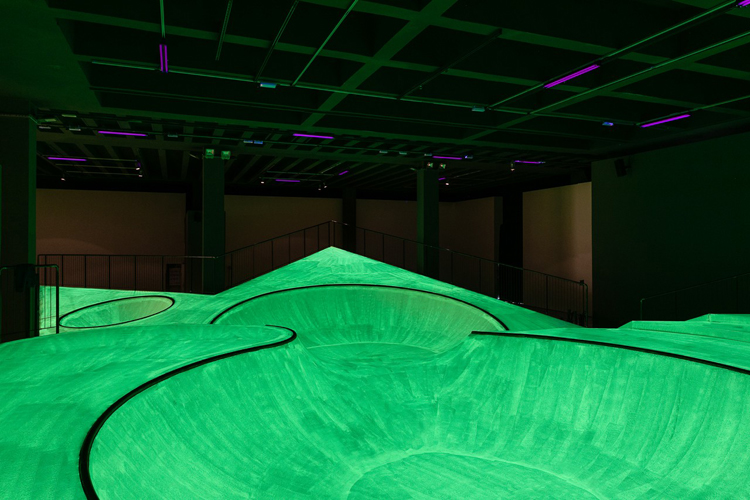 Imagine if somebody rolled in there with a full Odyssey X Sunday Limited Edition Glow In The Dark Kit? That would look awesome, haha. I just can’t imagine how hard it would be to adjust to the glowing transition with everything else being dark. I feel like it would be tricky for your eyes to adjust, but maybe I’m putting way too much thought into this one since I won’t be getting anywhere near this place before the the paint is stripped off after February 15th when the art installation ends.

What do you think? Are you digging this or nah? Let us know what you have on your mind in the comments down below!

Has anyone else ever tried pouring glow in the dark paint on a park or spot? I feel like it would be really cool to see an edit from random street spots painted glow in the dark, like a rail or ledge with nothing else around it painted.

Alright, I’m going to wrap this up before I keep rambling about ideas, haha.

You are here: Home / BMX Videos, Products, News and More / A Glow In The Dark Skatepark?