A wake-up call is sounding in America. We’ve heard it loud and clear. BMX is a small space. There’s no room for racism. There is no perfect right thing to say. But there’s clearly a right thing to do. Effective today DK is discontinuing all General Lee model bikes. We won’t stop listening and learning. Thanks for sounding the alarm.

Here’s some news we’re honestly surprised we’re posting about now, and not years ago. DK Bicycles have finally made the decision to discontinue their long running General Lee bike after somewhere around 20 years in production in some form. They made the announcement on Instagram to let people know about the decision, citing recent events in BMX and the world that have made it clear there isn’t room for racism in any form, directly or indirectly.

Now, based on the comments on DK’s post, it’s pretty clear this has hurt some people’s feelings because they don’t think it’s racist and just shows love for southern pride. Sure for some that might be the case, but for MOST it has direct ties to white supremacy and a negative history that isn’t something that is tolerated anymore. Yes, the confederate flag was taken off the bike years ago, but the name of the bike, and the car from Dukes of Hazzard, have pretty much burned the image of that flag into everyone’s mind, and for most that image isn’t a good reminder of the past. 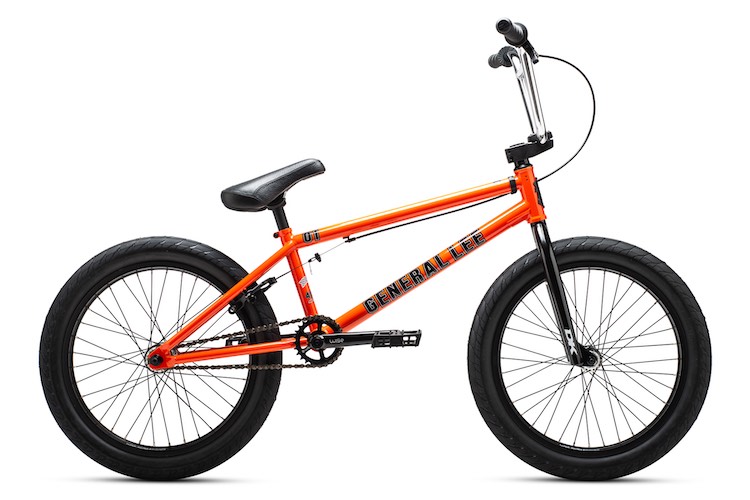 You are here: Home / BMX Videos, Products, News and More / DK Bicycles Discontinues General Lee Bike After 20 Years
Note: This site contains affiliate links and we could receive a small commission that supports this site if you were to make a purchase on their websites using our links for no extra charge to you.