Etnies have been making some big moves in the BMX department lately and we’re really stoked on that! We’ve seen a few new colorways for Nathan Williams and Devon Smillie, and now we get a look at the full Etnies X Doomed collaboration that just dropped! Up top is a look at the new video featuring Jordan Godwin, Sam Jones and Jordan O’Kane going to work on the streets of London! Down below you can get a look at the Jameson Vulc colorway, along with 2 t-shirts, a hoodie and beanie that are all available through BMX shops and mailorders that carry Etnies worldwide, or in the Etnies webstore now! 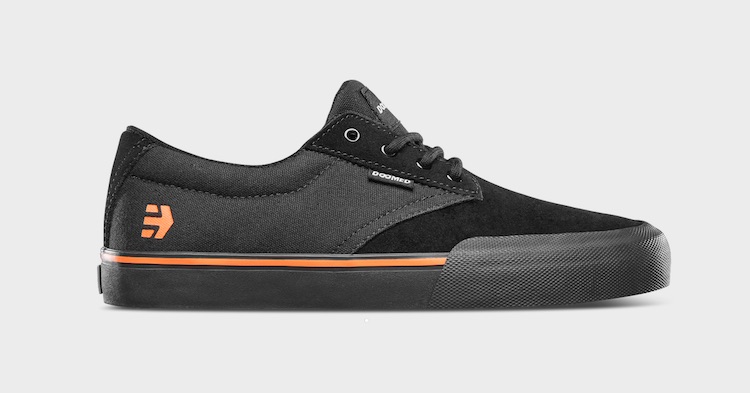 “Straight out of lockdown the etnies X Doomed crew invaded London for a ten day trip to enjoy their freedom and ride their bikes, this is the result….

Doomed Worldwide is a British based, rider run clothing brand that was established on Doomsday in 2018. In their own words – ‘they have a team of world-class BMX riders who are also complete idiots. They have no understanding of modern technology and fail to update even Instagram on a regular basis’. 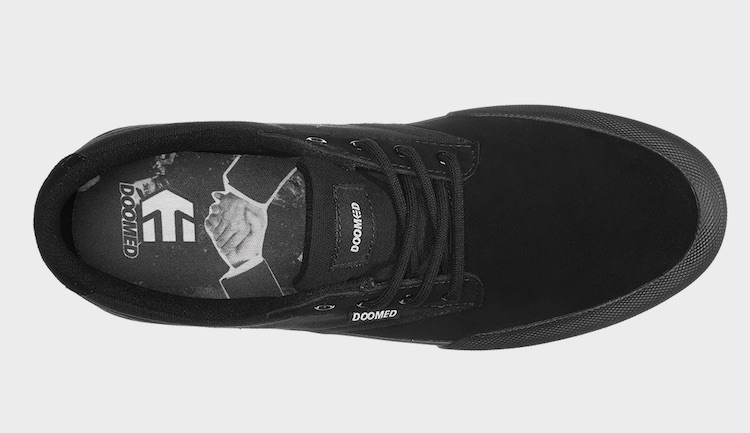 There are people out there that simply find it too hard to keep every creative idea confined to the insides of their skull – it’s like a disease and if they don’t literally rip it out of themselves, then it’s just going to eat them up inside. For Jordan Godwin and Paul Robinson, Doomed served as the perfect outlet for their artistic demons to do just that. Their self-proclaimed ‘Doomsday’ occurred less than two years ago and since then the brand itself has now grown into something raw and prominent – something that works at its own pace and operates by its own rules.
Jordan is based in Wales, UK and deals with the majority of the audio visual work while Paul, based in the North of England, remains glued to a scanner and printer, spending red wine fuelled nights, furiously cutting and pasting. Together these two have built one of the most exciting brands in the BMX world with their own take on that tried and tested pure DIY ethic. 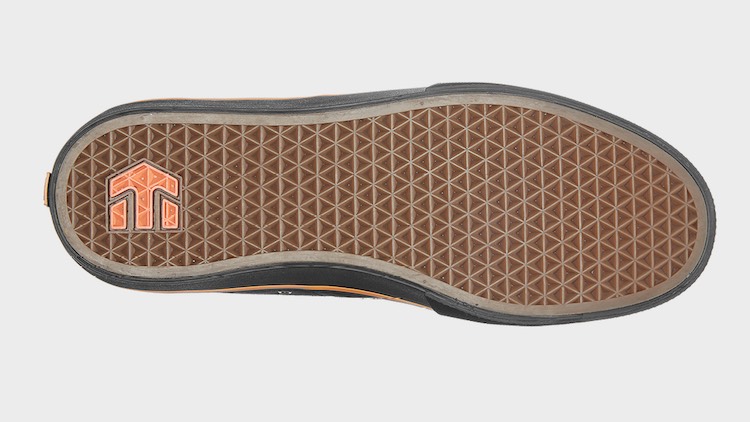 Etnies have worked closely with these two Doom-mongers to produce a simple, super-stylish vulcanized shoe that is at once subtle, yet packed with interesting artwork details – from the custom tongue handshake logo to the footbed artwork and peach-pop colour hits. The capsule is perfectly augmented by graphic tees, hoodies and headwear.” 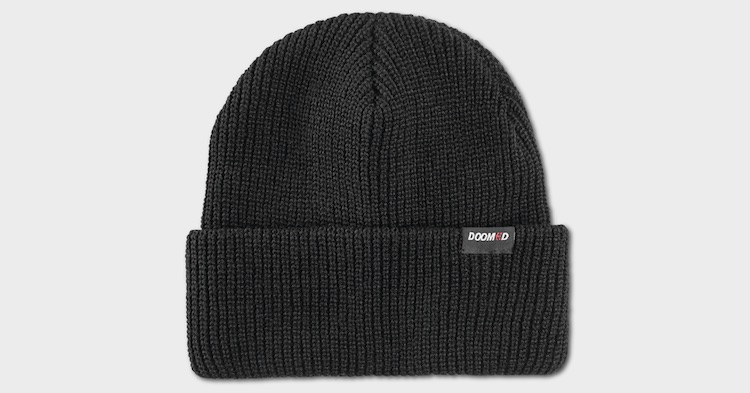 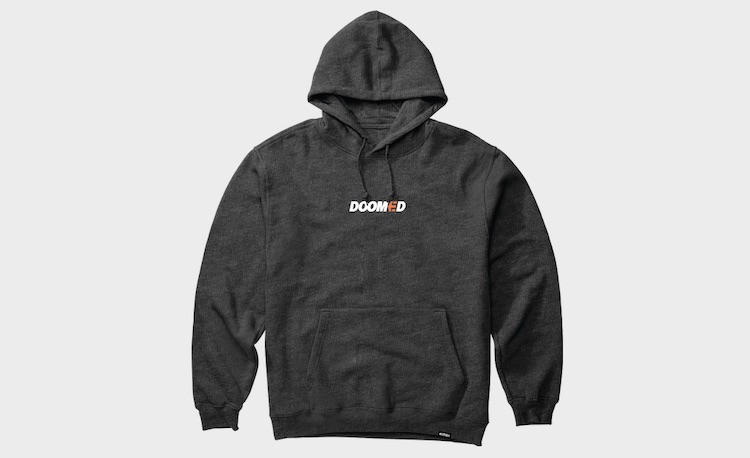 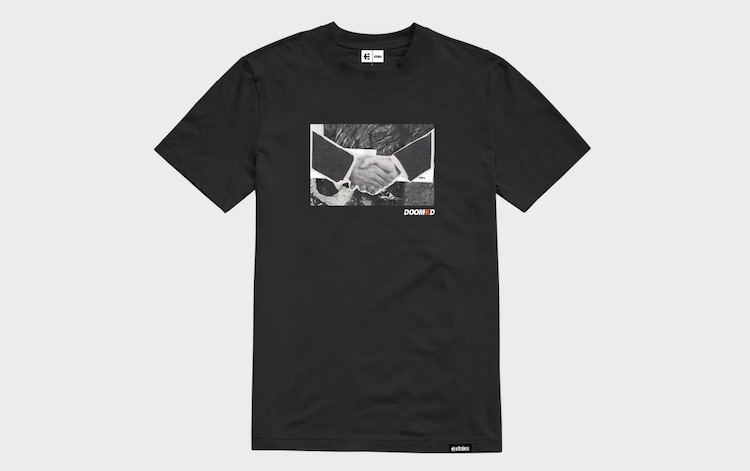 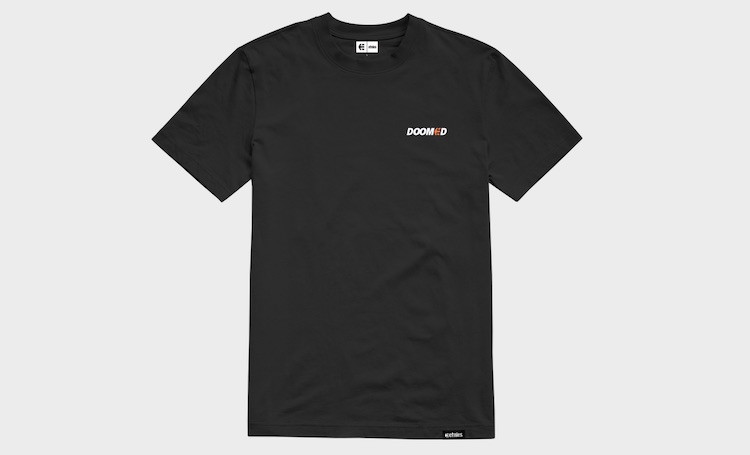 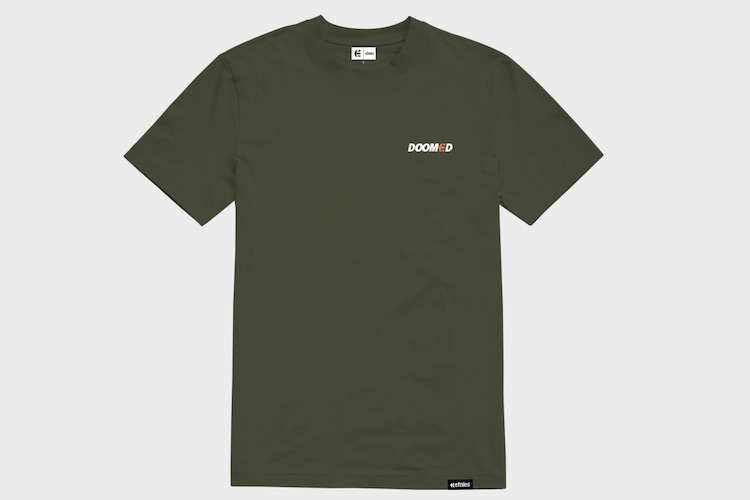 The full line of Etnies X Doomed goods are available through BMX shops and mail-orders that carry Etnies worldwide, and in the Etnies Webstore NOW!

NOTE: This post contains affiliate links and we could receive a small commission that supports this website if you were to buy any of these items from the Etnies website. There’s no added cost for these items by clicking our links. We would never promote a product we weren’t 100% stoked on.

You are here: Home / BMX Videos, Products, News and More / Etnies X Doomed
Note: This site contains affiliate links and we could recieve a small comission that supports this site if you were to make a purchase on their websites using our links.