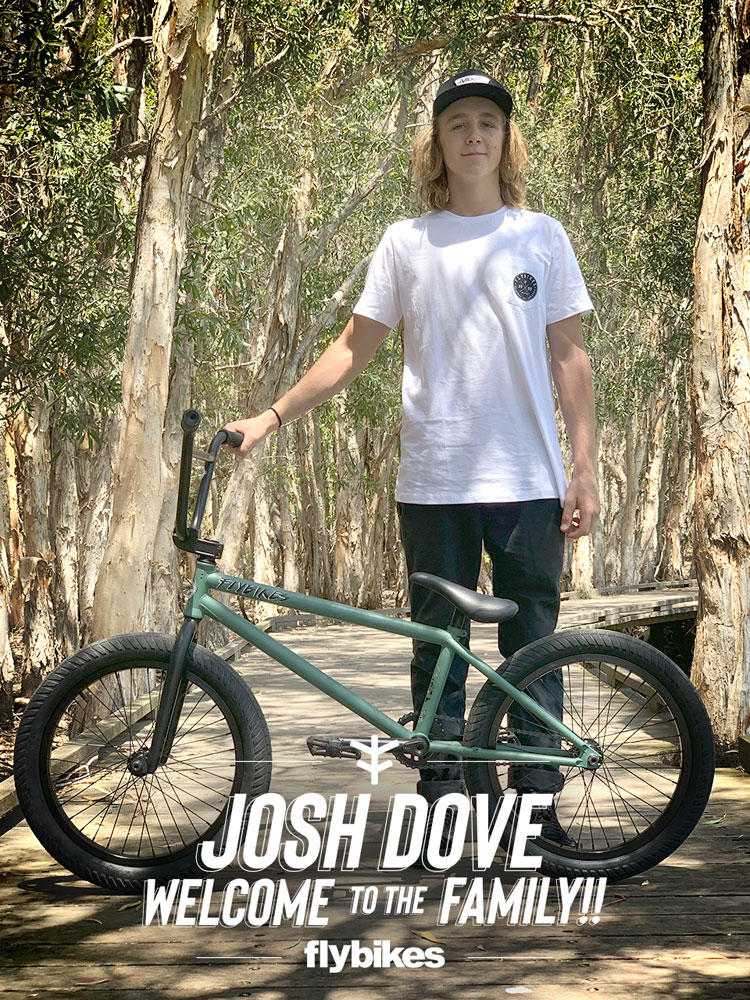 Here’s some sponsor news for you on this Friday! Josh Dove has officially joined the Flybikes Pro team! IT was announced about a month back that Josh had parted ways with his longtime sponsor Colony, and during that time he found what appears to be a perfect match. Josh has been on absolute fire for the past couple years as an up and coming young gun, and this past summer really opened up a lot of eyes during the Vans BMX pro Cup series. Josh’s style of riding fits real good with the Flybikes team, so we’re stoked to see this and what comes from this in the future!

“Ever since we first saw Josh Dove’s riding, we were blown away with his talent and style. Over the the last year, we had the chance to hang out with him and become good friends, especially with Sergio, loving his riding and attitude off the bike as well. Josh has been doing his own thing over the last month and during this time, things evolved naturally and Josh is now officially apart of the Flybikes family. We can’t be more stoked about this! Good times ahead for sure!” – Flybikes

You are here: Home / BMX Videos, Products, News and More / Josh Dove On Flybikes
Note: This site contains affiliate links and we could recieve a small comission that supports this site if you were to make a purchase on their websites using our links.