Holy bag of tricks… Check out James Jones unleashing a ton of bangers on a few different parks over in the U.K for Animal Clothing and Ride UK!

“If you’ve got issue 189 which came out a day or so back then you’ll have already seen the awesome James Jones feature in the catch up dept. James is insanely good… He’s a rider who stops traffic when he drops in, everyone in the park is watching to see what he’ll do next. These type of BMXers are few and far between but James knows how to get a crowd going.

Johnny Elia went along for the ride with Dunk to shoot the above edit for Animal. Hit play and prepare yourself for something special because this is one of the best edits we’ve featured in a long while.” 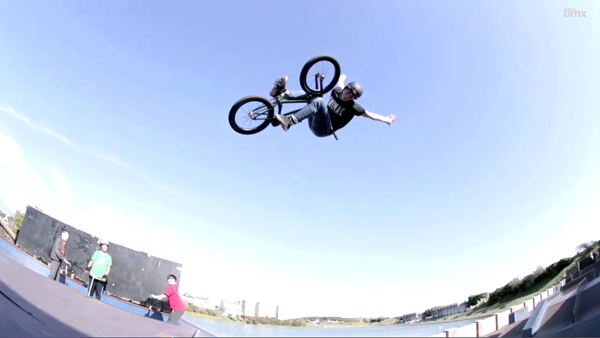 You are here: Home / BMX Videos, Products, News and More / Keeping It Local with James Jones