A few weeks back, Tyler Fernengel made the cross country move from Detroit to San Diego with the help of Christian Rigal. They documented the whole trip from pre-move all the way through to his new home that will be appearing in this new series from Red Bull. Check out part one above where we get a little look into life where he grew up!

“Tyler Fernengel may have grown up in a small town in Michigan, but in recent years, his name has become known in BMX circles all over the world. With a combination of style and fearlessness and the ability to stomp some of the hardest tricks in the game on a consistent basis, he’s risen steadily into the pro ranks of BMX riding.

He turned 18 earlier this year and made the decision to leave his family, friends and formative riding spots in order to make the cross-country move to San Diego, California. With his sponsors and much of the BMX media in Southern California — not to mention the draw of year-round riding weather — the move was a bit of a no-brainer, but that didn’t mean it was going to be easy.

Tyler is close to his family and loyal to his Michigan roots, but his family and friends know that California is the place he needs to be, at least for now. We followed Tyler on his coming-of-age roadtrip, and you can see how it all went down in our three-part video series.

Watch part one above as he shows us around his hometown and takes his final sessions as a Wyandotte, Michigan, resident. Stay tuned for part two on Wednesday, August 20.” 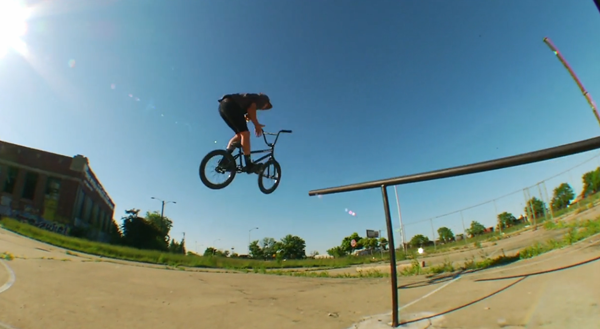