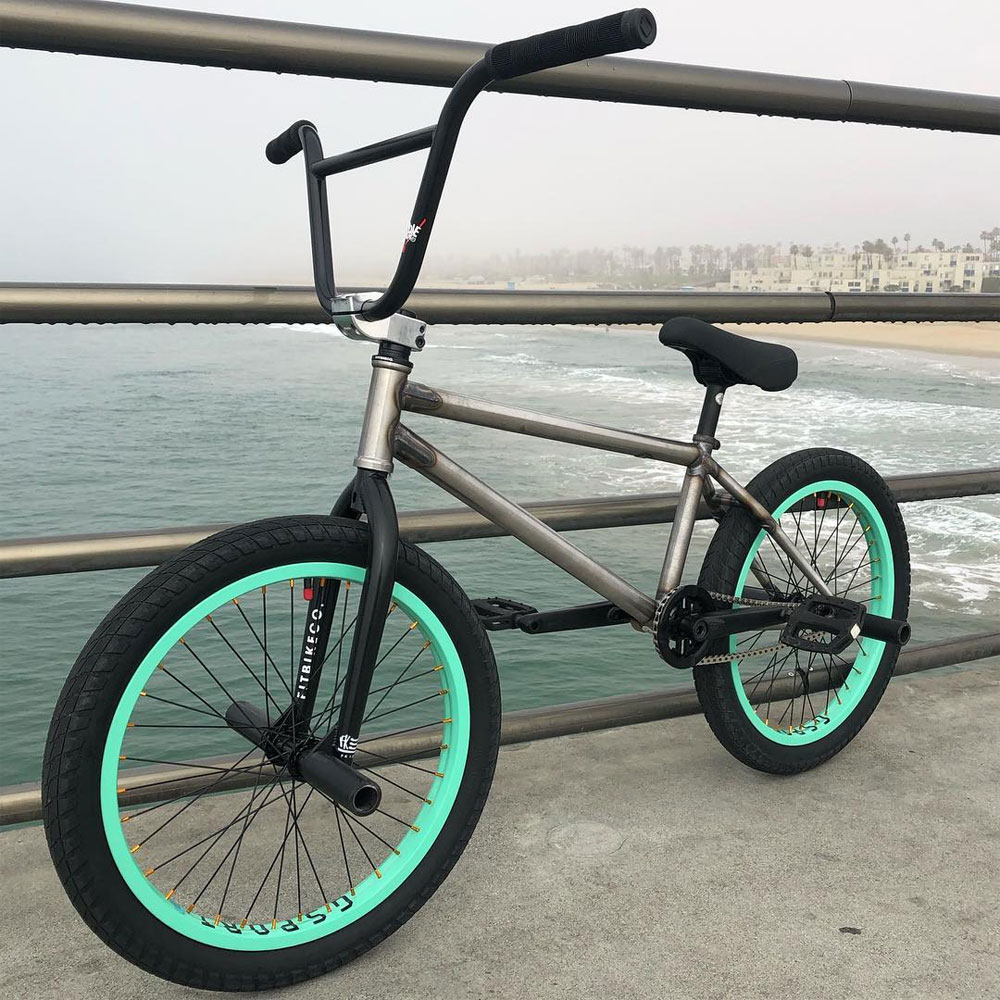 It looks like Fit Bike Co. have a new frame in the works and Ethan Corriere will be putting the Sleeper Frame through its paces. In an Instagram post (below), Ethan mentions that it’s exactly like his previous frame, but a little longer. So, we would have to imagine he was referring to the Savage frame, but with a longer top tube length. Obviously this is just based off the post and what we’re seeing in the photo. We’re not sure if the Sleeper frame is Ethan’s signature frame or a team frame like the Savage was, but it’s possible since Ethan’s into cars and the sleeper name would fit that. Either way, we’ll keep you posted when we know more about the frame! Until then, keep an eye on Ethan since we’re sure he’ll be putting out a ton of clips on the frame now that he’s healed up from his broken leg.

new piece ? this thing came out stuuuupid fire and also ice cold. got the new @gsportbmx toothpaste boys with the all gold grillz built up PERFECTLY thanks to @_epicbmx AND got my new @fitbikeco SLEEPER frame. it’s like my old one just a liiiiitle bigger ? i got no paint so give it a few weeks for the rust to set in ? WHAT COLORS YALL WANT FOR THE FRAME ???? #sleeperseason #sleeper