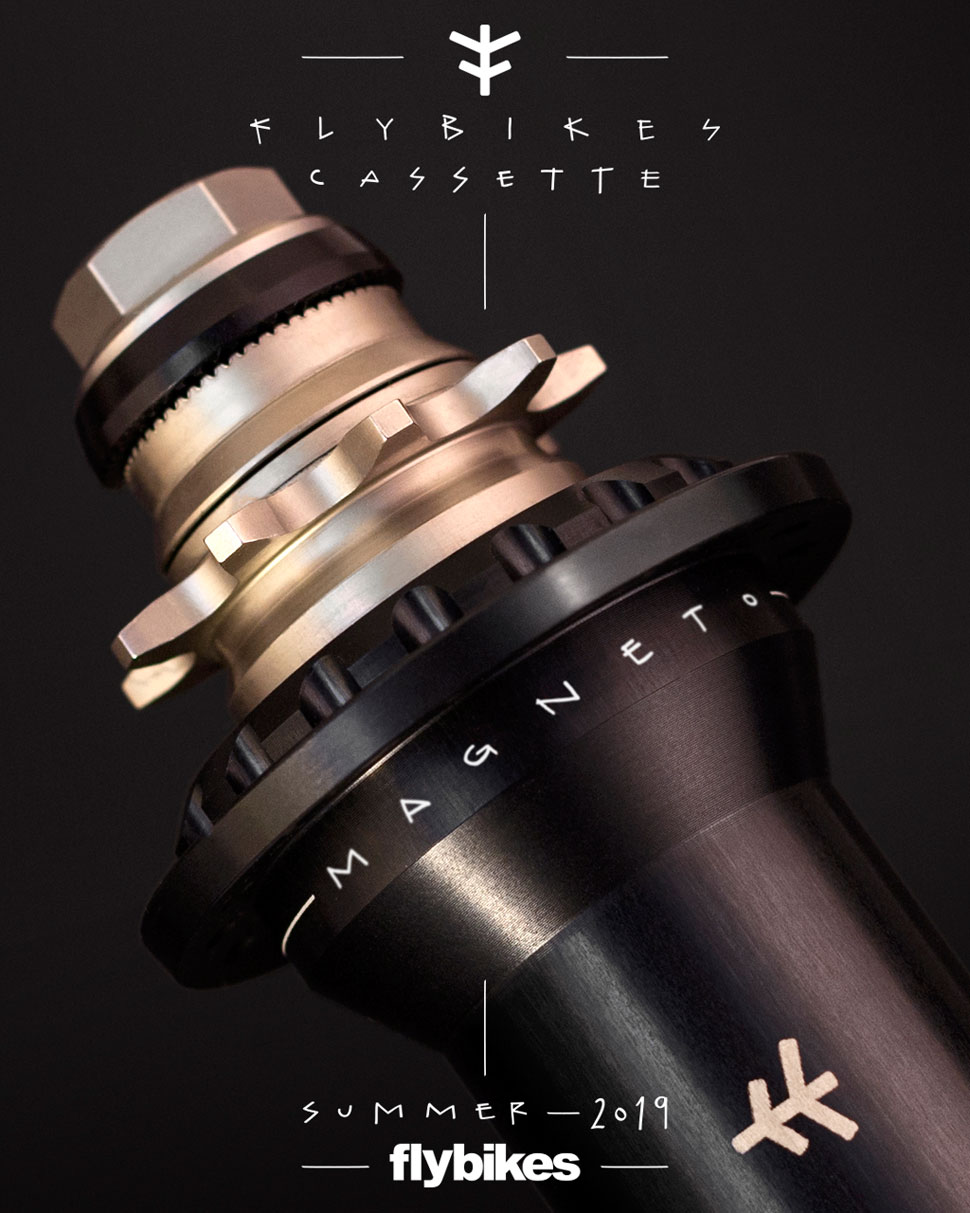 VISIT: FRONT PAGE // DAILY SECTION // BMX COLOR APP // BMX VIDEOS
You are here: Home / BMX Videos, Products, News and More / SNEAK PEEK: FLYBIKES – MAGNETO CASSETTE HUB
Note: This site contains affiliate links and we could recieve a small comission that supports this site if you were to make a purchase on their websites.