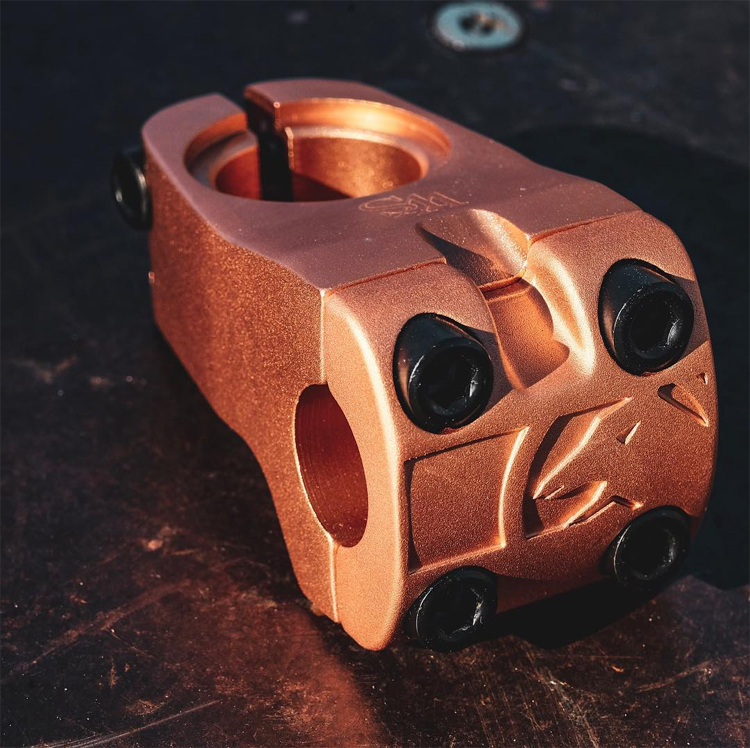 Here’s a little sneak peek The Shadow Conspiracy released giving you a closer look at the new Matt Ray signature VVS Stem that will be dropping in Marh! Not much for details on this front load stem, but based on the photo it looks like it appears to be cast with some additional machining with the Shadow crow logo on the front plate, a BBS logo up top, a recessed top for a flush fork cap and a rounded back for the knees. This is also a sneak peek look at what appears to be a new Copper color that they will be releasing as well.

We’ll keep you posted once we get the full specs, details and more when it drops in March!