There’s no denying that Reed Stark is an ABSOLUTE beast out on the streets (and well, really anything he rides)! Check out this brand new video for Sun Ringle where he puts those Big Baller rims of his through some crazy riding hopping over unsuspecting cars and taking some big drops after grinds! Highly advise you hit that play button on this BMX video because it’s a MUST SEE! Hell yeah, Reed!

“Filmed in the streets of Minnesota.
Reed planned to 360 over that alley and had no idea a car was pulling around the corner. The dude driving was obviously psyched after, but let Reed know that he was driving a classic car and if things hadn’t have gone so smoothly, nobody would be smiling.
Film/Edit: Kyle Stark
Additional Filming: Reed Stark
Thumbnail photo: Devon Lampmanual
Song: “Goldenchevrolet” by Bones” 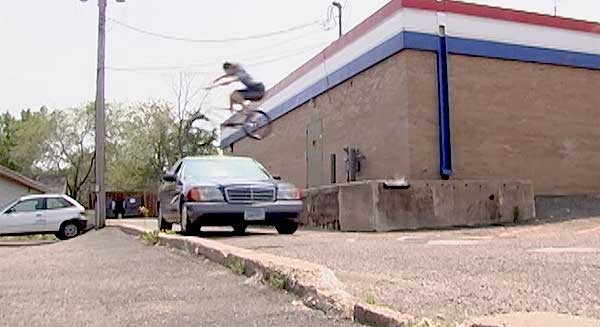