It’s safe to say BMX Day 2017 is going to be a wild one. The second location for The Street Series has been announced! 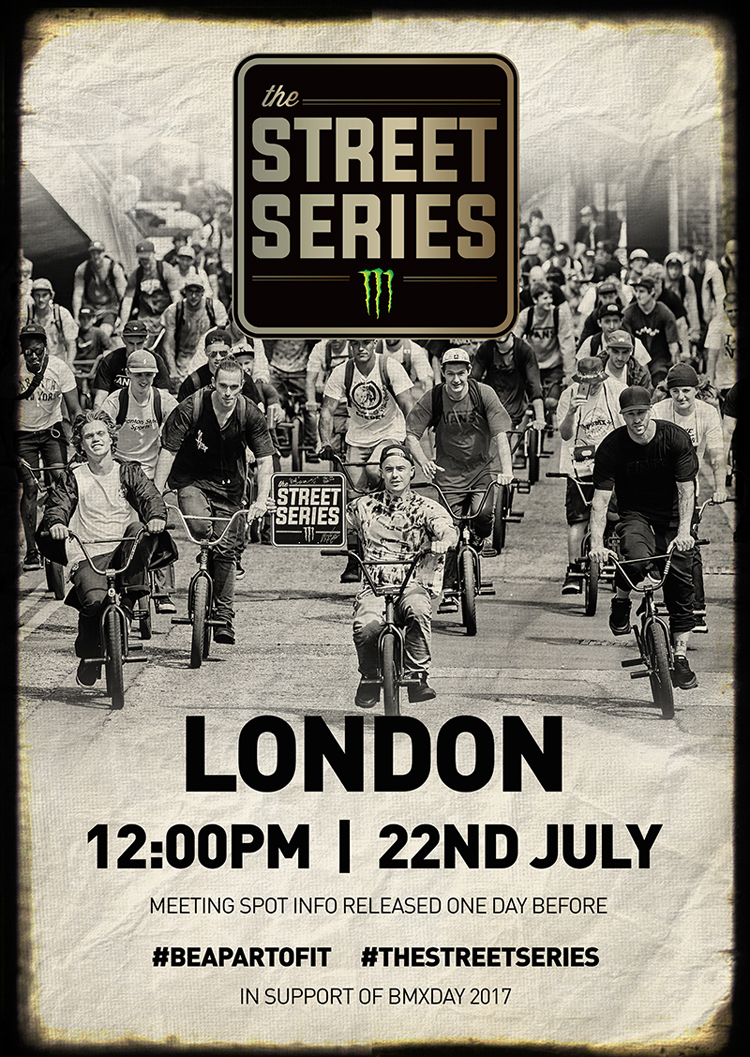 It looks like The Street Series and Monster Energy will be taking over the streets of London, England on July 22nd! If you are in the area, this is going to be the place to be! Full details will be released closer to the event. You can keep up with the details on Instagram with #BEAPARTOFIT and #THESTREET SERIES.

Going to be closer to Paris? Check out the details on The Street Series 2017 – Paris that is going down the same day!